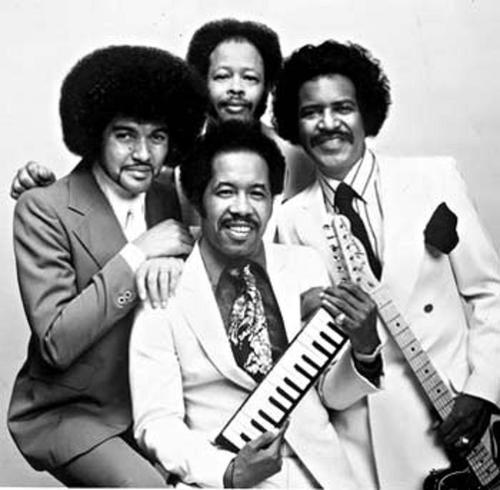 The Best Of The Chi-Lites 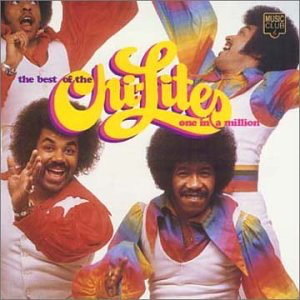 The early/mid seventies threw up so many great male vocal soul groups that we were really spoilt for choice - The O'Jays, Chairmen Of The Board, The Detroit Spinners, Harold Melvin & The Blue Notes, The Stylistics, Blue Magic, The Undisputed Truth, Tavares, KC & The Sunshine Band, not forgetting the Motown stalwarts of The Temptations and The Four Tops. Chicago's Chi-Lites were another, often overlooked group with an impressive list of hits under their belt. Led by Eugene Record, they were a combination of sweet, laid-back soul harmonies and a touch of upbeat funk every now and again. Occasional social comment crept in to some of their lyrics too in an era of potent black consciousness. Most notably, in their case, it comes in the Sly & The Family Stone meets The Temptations militant funk of For God's Sake Give More Power To The People, which has echoes of The Temptations' Ball Of Confusion and The Law Of The Land. Great track.

The one everyone nows is the simply beautiful, sad and soulful Have You Seen Her, with its instantly recognisable opening guitar riff and moving lyrics of a heartbroken, lonely man. Another big hit was the catchy and singalong Homely Girl.

Oh Girl was a stark, quite bleak, lover's lament for his his lost love, sung against a slow backing and a plaintive harmonica. Beautiful orchestration and a killer, heart-rending vocal delivery.

Too Good To Be Forgotten lifts the heartbreak with a lively, high voice vocal and clavinet backing tribute to one hell of a girl. The lively commercial funk and more clavinet of I Found Sunshine ploughs the same "happy lover" furrow as does the simply beautiful vocal of Stoned Out Of My Mind. These are soul singles of the highest quality.

A little bit of misery is never far away when listening to The Chi-Lites, though, and The Coldest Days Of My Life provides it with another yearning lament. What a great vocal. Nobody did this strings orchestration and soulful vocal better than The Chi-Lites.
The funk pop of You Don't Have To Go and the solid You Got To Be The One bring back the funk and a most-underrated later hit for the band was the sumptuous soul of It's Time For Love, which was their last big chart hit. They also do a credible, funked-up cover of Marvin Gaye's Inner City Blues (Make Me Wanna Holler) where they sound like The Undisputed Truth.

One of the finest melancholy Chi-Lites songs was the moving Never Had It So Good And Felt So Bad, which is unfortunately, not included on this compilation. The beauty of the digital age, however, means that I can add it to the album, making it even better. It actually did appear on this album below, however...
Chi-Lites (1973) 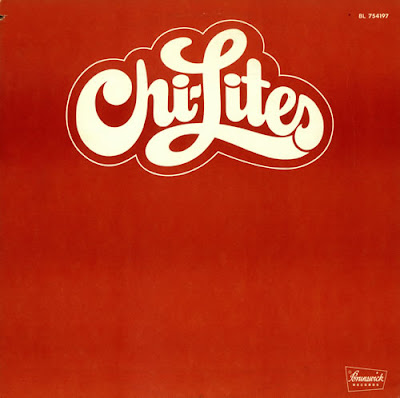 This is one of the group's best albums. The Chi-Lites were not renowned for albums and some of them are extremely difficult to get hold of. This one, though, is a really good one.

Homely Girl was a huge hit single and is a lovely serving of sensitive soul, augmented by a totally catchy melody and trademark vocal harmonies.

Go Away Dream is a beautifully syncopated piece of rhythmic harmonious soul. There is a wonderful falsetto vocal on the big hit Too Good To Be Forgotten and the also commercially successful, clavinet-dominated funky groover I Found Sunshine.

The heartbreaking, divorce-themed tearjerker I Never Had It So Good (But Felt So Bad) is followed by an equally maudlin number on the same theme in Marriage Licence. "I wish that a marriage licence is like a driver's licence, that expires every two years..." has to be one of the  most unusual love song lyrics. The sad subject of both of these songs is exacerbated by the simply superb shared vocals. The backing on the latter is also excellent. The Chi-Lites used top quality musicians.

The lively and funky I Forgot To Say I Love You Till I'm Gone explores the now familiar relationship break-down theme, this time against a jaunty, brassy backing that somewhat hides the sad lyrics. One Man Band (Plays All Alone) also concerns a man left on his own, this time sung against a rhythmic backing.

Bet You'll Never Be Sorry is a breezy and fast tempo number and this perfectly-executed seventies soul album album ends with the sublimely beautiful big hit, Stoned Out Of My Mind, with its superb lead vocal and captivating shuffling beat. 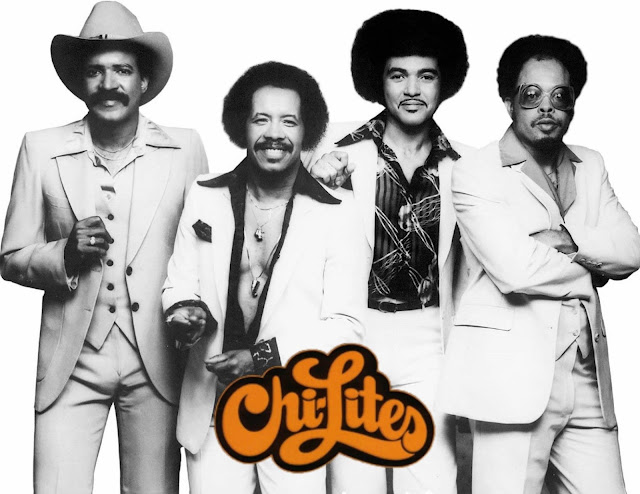