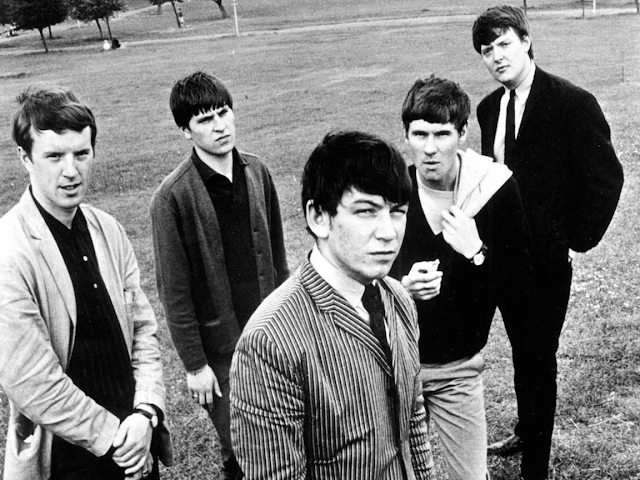 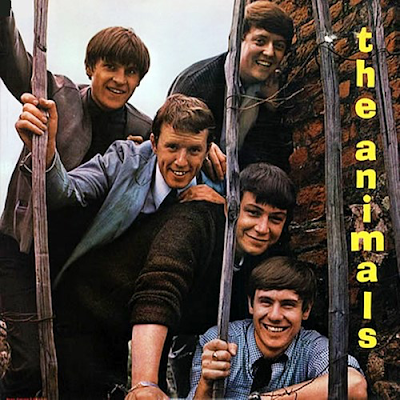 As with so many of the British "blues explosion" blues rock bands, their first album was pretty much one of covers of old blues and r 'n' b standards - The Rolling Stones, The Kinks, Them, John Mayall and The Yardbirds. This, from Newcastle's The Animals was no different. Indeed they are all covers apart from the somewhat odd The Story Of Bo Diddley which has singer Eric Burdon telling us all about meeting Bo Diddley and also the story of the developing British blues scene in an American accent, as opposed to his native Geordie. As with all those albums, it is not as good as later work, or indeed as good as the singles that were (as was the tradition at the time) left off the album.

Despite their grinning visages on the cover, it is actually quite a sombre, intense group of covers, exemplified by the mournful Bury My Body. Musically, it is excellent - full of Alan Price's swirling organ breaks and some great bass and crystal clear percussion. It is not as energetically vibrant as, say, the debut Rolling Stones album or that of Northern Ireland's Them. It does give off a bit of an impression of trying to show everyone that they were the real thing. The Kinks suffered a bit in the same way on their debut too. That said, it is instrumentally extremely sound. They certainly could play.
Dimples has a great, often-used blues riff and an addictive feel to it.  I have to say, though, that the backing vocals on I've Been Amazed are quite bizarre. Price's piano on I'm In Love Again is impressive, however. 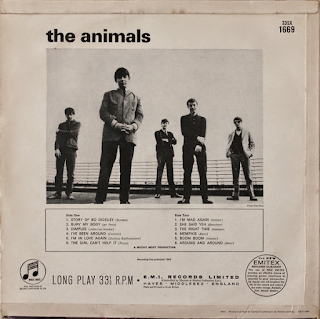 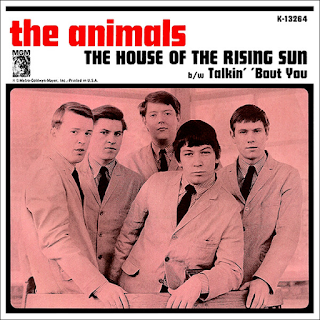 When they try to have fun on The Girl Can't Help It they sound a bit as if they are trying too hard to  be light-hearted. The serious mood of singles like the iconic House Of The Rising Sun, It's My Life and Don't Let Me Be Misunderstood would seem to be far more suited to The Animals than slightly forced "fun" songs. On this album, the sombre, insistent blues of I'm Mad Again is far more suitable.

Was there a British blues band that didn't cover She Said Yeah? Actually, The Animals, apart from The Stones, were the only ones, it just seemed that way. Night Time Is The Right Time is a solid blues, with some again strange, uncredited, backing vocals.
Memphis Tennessee is a somewhat perfunctory Chuck Berry cover that doesn't really ever take off, for me. Similarly John Lee Hooker's Boom Boom or Berry's Around And Around lack just a little something, although it has it be said that the latter is pretty good, with some excellent bass and keyboards. 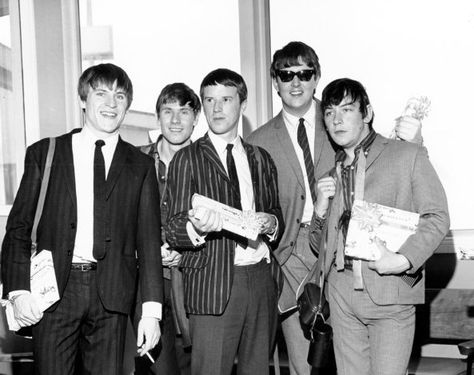 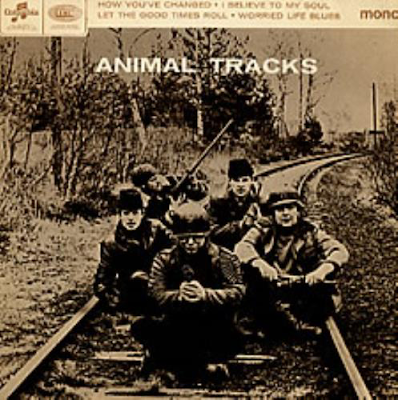 Just as The Animals' debut album had been a pretty intense collection of blues and r 'n' b covers, their second one is very similar , but somehow the intensity sounds more convincing on this one. The sound is a punchy, muscular mono and it is superb.

Tracks like Eric Burdon's deep, bluesy interpretation of Chuck Berry's How You've Changed and the sombre, blues-drenched I Believe To My Soul are indicative of the serious mood of the album. Talented keyboardist Alan Price would leave after this album, and they would miss him, because on this, and on the debut his ability shines most brightly.
The jaunty Hallelujah I Love Her So is enjoyable, but Mess Around is the sort of counterfeit "fun" that just doesn't really suit The Animals.

Worried Life Blues is probably the most authentically-delivered blues on the album and it features a House Of The Rising Sun organ from Price, throughout, and some killer blues guitar too, from guitarist Hilton Valentine.
Roberta is an upbeat bit of boogie-woogie that does work, certainly more than the irritating Mess Around. I Ain't Got You is a lively bluesy rocker, with some more convincing guitar.

Bright Lights Big City (also covered by Them) has a We Got To Get Out Of This Place organ riff at the beginning before it launches into a rocking number. Price delivers a masterful organ solo in the middle, too. It is one the album's best cuts.
Their cover of Let The Good Times Roll doesn't really convince, however, it sounds more like a bit of studio fun.
For Miss Caulker sees a return to some copper-bottomed blues. It is an Eric Burdon original. Who was Miss Caulker and why did she leave him for fourteen long days? I guess we'll never know. She is not actually mentioned in the song.

Roadrunner is a lively end to what had been a considerably more convincing album than its predecessor, but one is still left with the impression that it was The Animals' singles on which they really shone.

The cover picture, incidentally, is a somewhat bizarre one that sees the group dressed up like a group of WWII Yugoslav partisans about to blow up a railway line. 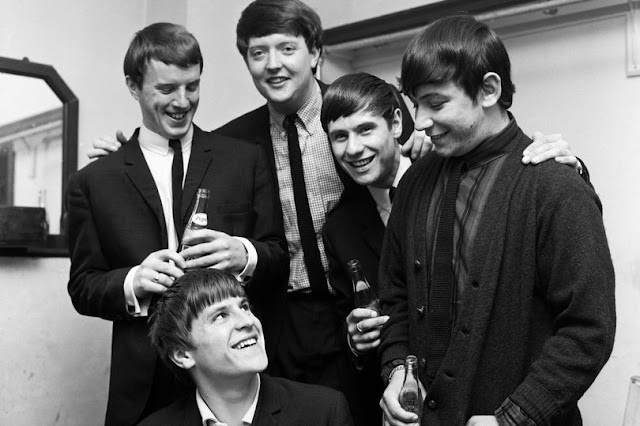 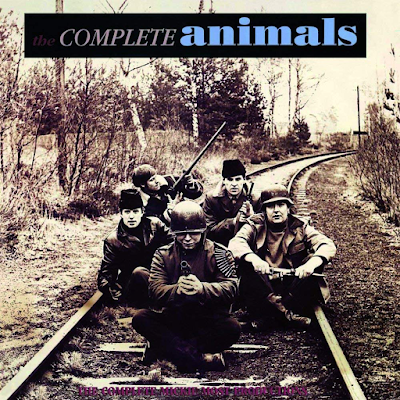 This is not really a Complete Animals, actually. It covers all the tracks on the first two albums - Animals and Animal Tracks. The sound is in glorious, punchy, crystal clear booming mono. The bluesy intensity of this seminal British r 'n' b band is showcased superbly, however, particularly the keyboard talents of Alan Price and the versatile blues vocals of Eric Burdon. Guitarist Hilton Valentine was an underrated member of the group too, contributing some impressive blues guitar throughout. The cover picture, which was also used on Animal Tracks, is a somewhat bizarre one that sees the group dressed up like a group of WWII Yugoslav partisans about to blow up a railway line.

The great hit singles from the same era are included too - the iconic House Of The Rising Sun; Don't Let Me Be Misunderstood; We Got The Get Out Of This Place and It's My Life plus their 'b' sides, all of which are excellent. The group really came into their own on these songs. The albums were nearly all made up of Chuck Berry and old blues covers, with was de rigeur for the British blues bands of the time. That is not to say that the tracks are not delivered with a musical competence, attack, verve and intensity.

The Animals were up there with The Rolling Stones, The Yardbirds, Them, John Mayall and The Kinks in the vanguard of the mid-sixties British blues explosion. Their contribution and influence cannot be under-estimated. This compilation is an ideal way of catching them at their very best.
Email ThisBlogThis!Share to TwitterShare to FacebookShare to Pinterest