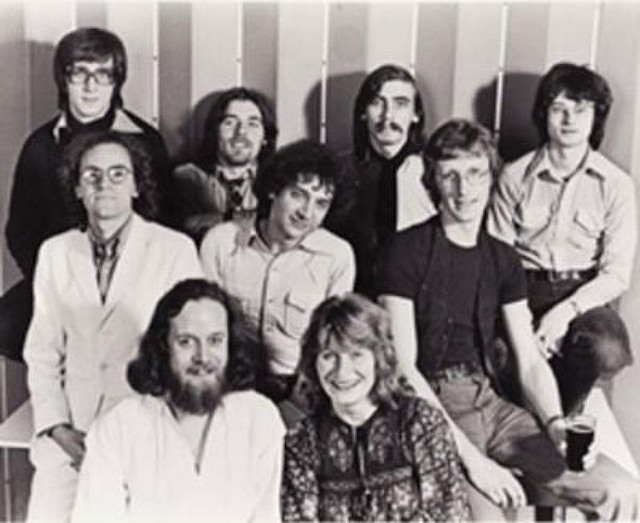 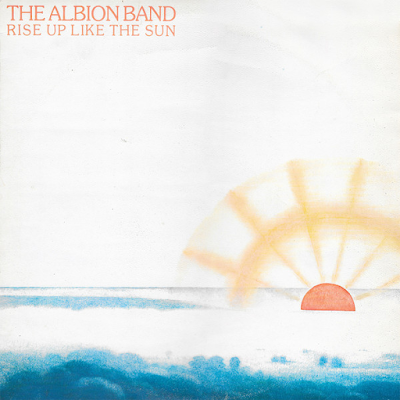 After 1976's release of the very rustic folk of The Albion Country Band's Battle Of The Field this featured far less of the Morris dancing jigs and far more copper-bottomed electric folk rock. Now called just The Albion Band, it still featured Ashley Hutchings, Simon Nicol and Dave Mattacks. Martin Carthy also appears on some tracks too. It is a fine folk rock album. It is also very adventurous in places.

Ragged Heroes is a solid opener, with some Steeleye Span-influenced electric guitar all over it and a powerful drum sound. This is a proper slice of electric folk.
Poor Old Horse is a stately, moving sea-shanty-sourced song with some strong drums, electric guitar and bass, together with impressive vocal harmonies. It was released as a single but made no impact on the charts. It has a great electric guitar solo at the end as well.
Afro Blue/Danse Royale is a dual instrumental featuring all manner of things - synthesisers, bagpipes, huge drum sounds, psychedelic keyboard noises. It is most adventurous, sort of futuristic and jazzy as well as having a folk foundation. It is quite a unique piece. It is stuff like this that helps to lift this album up and away from just being your average folk offering. 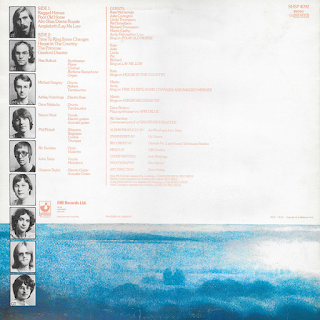 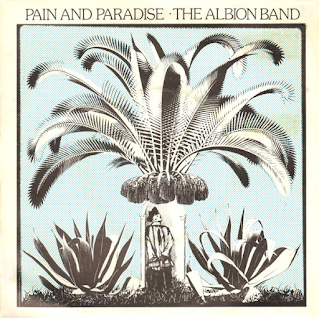 Ampleforth/Lay Me Low begins as a gentle violin air and ends with a full choral passage and some superb guitar.
Time To Ring Some Changes is a Steeleye Span-esque anthemic number with a social message to it. House In The Country is a touching ballad with Kate McGarrigle on haunting lead vocals. There is some beautiful violin on here too. It is the best track on the album, for me.

The Primrose sees a return to the jiggy, folky fun of Battle Of The Field with an accordion-led Morris-y instrumental romp. The Gresford Disaster is a ten minute plus narrative tale. It concerns the 1934 colliery disaster in Gresford, Wales in which 265 colliers died. It begins with a churchy, sombre keyboard. If it sounds a bit hymnal, that is because it is set to the tune of the hymn How Sweet The Name Of Jesus Sounds In A Believer's Ear. After  a couple of minutes of suitably sad vocals, the track kicks into some seriously psych-ish rock, with thumping drums and bass and some swirling, distorted guitar. Some excellent guitar soloing arrives and The Albion Band have gone all Free Bird on us. Three minutes from the end, it morphs back again, seamlessly, to the solemnity of the verses that tell the grim tale. The quality guitar returns once more to see this epic track out. The original album ended at this point.

** On the re-release we get four bonus tracks. The Postman's Knock is another very folky number, celebrating the merits of the village postman. Pain And Paradise returns to rock with some wah-wah guitar and a slightly reggae beat. Folk reggae? Surely not. It is another example of the group's willingness to step outside of the box during this period. Lay Me Low is a re-working of the choral number from the original album. Rainbow Over The Hill is a catchy number with Linda Thompson on lead vocals.

Although I like Battle Of The Field, I have to say I much prefer the full-on folk rock attack and inventiveness of this album. The sound quality on this remastered version is superb too. 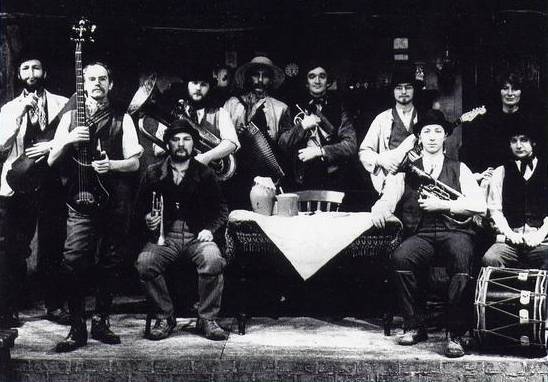