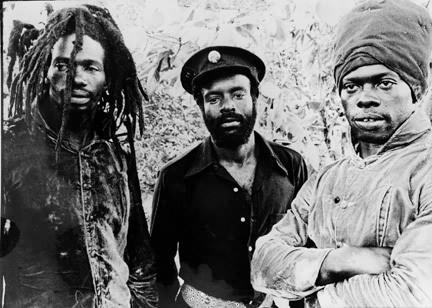 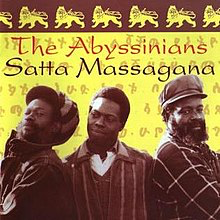 This was the debut album from The Abyssinians, and is up there as one of the most crucial roots reggae albums. Like other roots groups The Mighty Diamonds, The Gladiators and Israel Vibration, The Abyssinians managed to mix a devout Rastafarian message with some absolutely sumptuous, tuneful, catchy reggae. They had excellent vocal harmonies and a lightness of sound that was really infectious. Whereas the "toasters", DJs like Big Youth, Prince Far I, Tappa Zukie, I-Roy and U-Roy often croaked out their devotions fervently over a deep dub beat, groups like The Abyssinians delivered their Rasta paeans in a completely different, lively and energising manner. There were other roots groups like Burning Spear and Black Uhuru who were also much deeper in their sound.

Although the pace of the songs remains constant throughout the album it doesn't really matter, its subtle, serene grooves offer a relaxing, seductive listen. 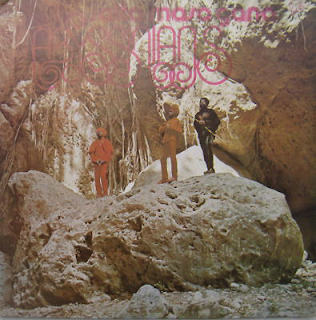 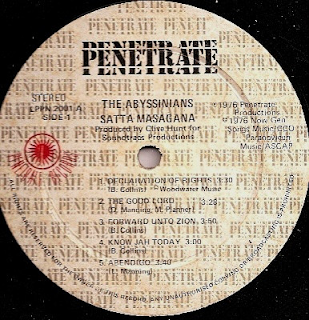 Declaration Of Rights is deliciously laid-back, breezy and melodic, with a lovely organ sound backing it. The Good Lord features some mystical-sounding flute which gives it a slightly different feel, despite the same pace beat that all the album has.
Forward On To Zion has that cool, light Third World-style sound that is just so appealing. It features some excellent saxophone too, relatively unusual for a roots song.
Know Jah Today is very Bob Marley & The Wailers influenced, particularly in its backing vocals.

Abendigo features some vibrant horns over a mid-pace skanking backing. Yimasgan has some funky, electric-sounding keyboards. Reggae does this. It relies on subtle changes from track to track, while the foundation riddim remains unchanged. Saxophone, horns, organ - all these offer slight differences to the songs they appear on. Black Man Strain has a hard-hitting message to convey, and it does so over an intoxicating roots rhythm that draws you in.

I And I has a lovely falsetto vocal, while African Race, after a gentle introduction, gets into a winning, gentle groove.
The title track, Satta Massagana, has gone down in critical history as one of the archetypal examples of devout Rasta roots reggae and will be included in a lot of compilations and playlists. This is an essential album for any collection that wants to include something from the early years of the roots reggae boom.

The extra tracks on this "original Jamaican mix" release are excellent, including the single and several impressive, rhythmic dub versions. 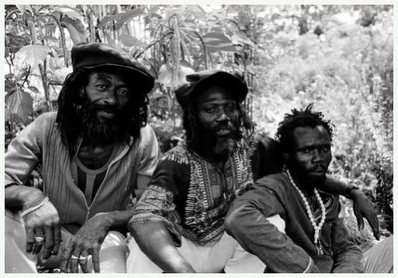 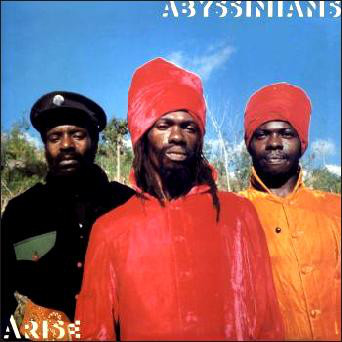 Coming right in the middle of the roots reggae boom and the credibility offered to it by its popularity with punk rockers, this second album from The Abyssinians is an excellent offering, one of my favourite roots reggae albums. Like The Mighty Diamonds, Israel Vibration and, to a certain extent, The Gladiators, The Abyssinians managed to combine a rootsy beat, a Rasta devotional message with really melodic, appealing vocals. The tracks are nearly all upbeat and uplifting, like a breath of fresh Caribbean air. Despite the liberal sprinkling of Rasta consciousness, this is certainly no gruff, preachy, doom-laden album of warning. It is an optimistic album and highly enjoyable. The group pushed aside a few boundaries - more power to them for it.

As you can see, the album was released on several different labels. 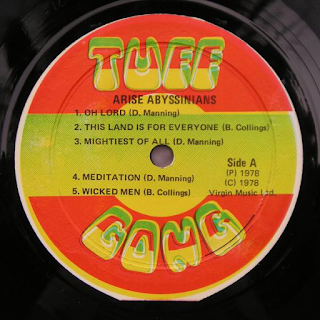 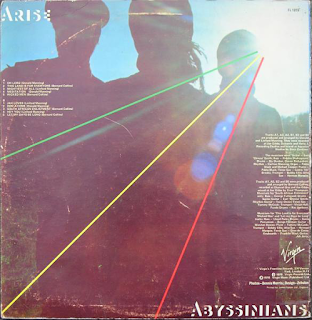 Oh Lord is a delicious opener, with an infectious bass line and lovely vocal. It has a great Catch A Fire-style guitar solo too and some impressive organ. This track skanks beautifully.
This Land Is For Everyone is also a catchy, melodic delight, full of great vocals and a fetching rhythm. This is not a track that would please the hard-core roots aficionados, but for me it shows a willingness on the part of the group to produce a different style of roots.
The Mightiest Of All is an insistent, deeply attractive groover. Meditation is a gloriously enjoyable number. Lovely bass and guitar interplay. It almost gets into a sort of soulful/jazzy guitar-driven groove at times. A most impressive and slightly different roots reggae track.


Wicked Man is the first overtly "fire and brimstone" number but still manages to retain that irresistible, tuneful sound.
Jah Loves is upbeat, lively, harmonious and in possession of some sublime, crystal clear cymbal sounds, as well as a winning bass line. It has a feel of Third World about it. That whole airy, breezy jazzy ambience. There is something a bit dance/disco underpinning it. Just a great song, I have to say. That same vibe continues on the sensual, rhythmic Dem A Come.

South African Enlistment has a lilting, vaguely South African-sounding guitar sound, a thumping bass and drum sound and some excellent vocals once more.
Hey You is vocally perfect and has a really impressive guitar skank to it too. Let My Days Be Long has an almost sixties-sounding bluesy soulfulness to it and some punchy horns and strong female backing vocals. Make no mistake, this is an excellent roots reggae album and one of the genre's most enjoyable offerings. The dub cuts on the extended version are good too, not just all bass and drums, but still using vocals in places and other instruments, such as the flute on This Land Is For Everyone. Wicked Men has some killer bass too. Highly recommended. Well remastered too. 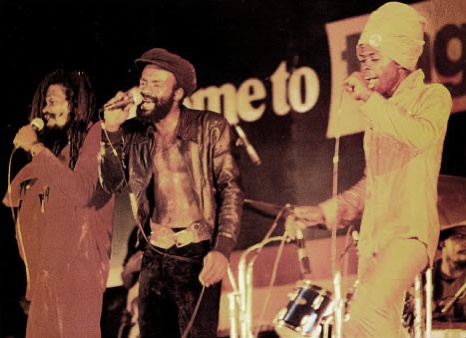