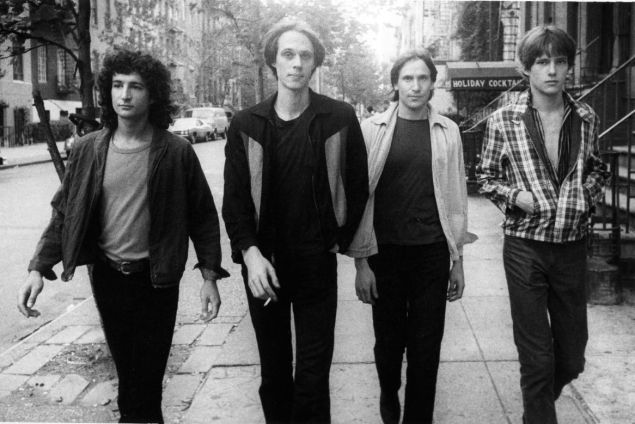 Although this debut album from New York's Television appeared at the beginning of the period that punk began to morph into new wave, it is certainly not a punk album, yet it hung around the coat-tails of the whole punk scene. It is more of a rock album with late sixties influences, but it undoubtedly had a huge effect on the whole post punk genre and is very much an album that sums up the spirit of 1977. It was far more successful as part of the UK's punk/new wave scene than it was in the USA. Maybe to those in the UK it had that exciting, urban US quirky edginess that appealed, as it did for The Ramones and Talking Heads. They were also an ostensibly punk band that it was ok for non-punks to like, therefore you would get your share of Pink Floyd or prog rock fans saying "I can't stand punk, but Television are ok". It also became one of those albums revered by music critics over subsequent years, who dished out purple prose and analysis that added up to far greater than the sum of the album's parts.


See No Evil is a slowed-down punk meets post punk number with a bit of a feel of Magazine about it and a reedy, quirky Brian Eno-style vocal.
Venus has singer Tom Verlaine again sounding very much as countless post punk vocalists would sound over the subsequent few years. Verlaine also has that slightly emaciated, bug-eyed look that Magazine's Howard Devoto had as well, and Joe Jackson. That whole anti-hero thing. It is also very late-era Velvet Underground-ish.
Friction is great, so very post-punk before punk's fires had even started to burn themselves out. It is so evocative of those days, so urban, so "demi-monde". 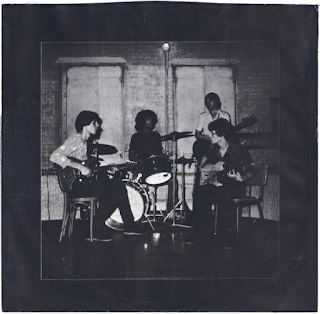 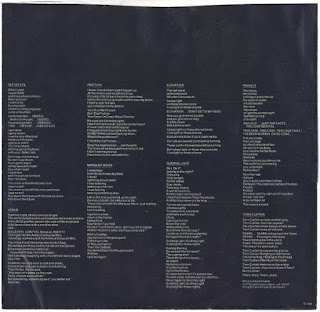 Then we get the title track, Marquee Moon - punk ? At nearly eleven minutes long - surely not. Despite that, it has some simply superb slow punky riffery, great drumming, killer guitar and an intoxicating vocal. It was a rock song, but a rock song for the punk era, if that makes sense. Early Talking Heads based a lot of material around ruffs like those on this track. The guitar/bass/drum interplay bit just before the five minute mark is wonderful.

Elevation is very Joy Division, again before the latter existed. In my opinion, at least. The atmospheric Guiding Light has a lot of Patti Smith to it.
Prove It has echoes of the mid-seventies in its construction, a bit David Bowie, a bit Roxy Music, not obviously but in there in small nuances here and there.
Torn Curtain is a grandiose, sweeping epic of a track that, for some reason, does not quite get through to me as much as the others do, despite its obvious good points. Not sure why that is.
Better, for me, is the non-album bonus track, Little Johnny Jewel, which has lots of Velvet Underground running all through it, plus some jazzy guitar parts.

Overall, this was an album that was considerably ahead of its time, and was both innovative and influential. Whether it was the work of intellectual and musical genius that it has since been hailed as is seriously debatable. Back in 1977 I thought it was a crock of tedious old shit, everything that punk was supposed to rid the world of. The paradox of punk was never better exemplified than by this album. 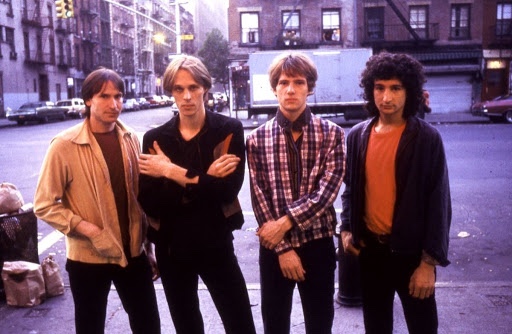