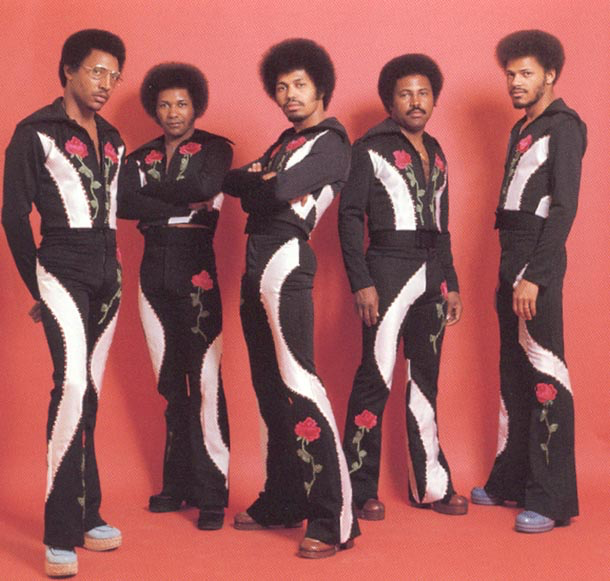 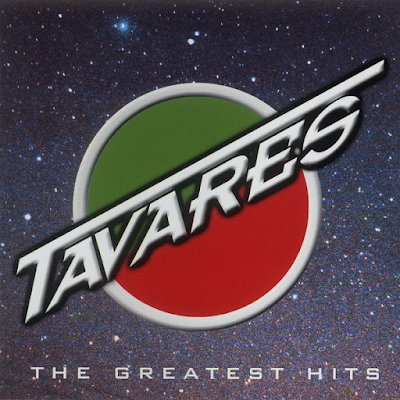 Rhode Island male vocal group Tavares had their main period of success in the disco-dominated years of 1976-78, therefore they are considered, retrospectively, to be a disco group, like Shalamar or Odyssey. This is to overlook their soul roots which yielded a minor hit single in their soulful cover of Daryl Hall and John Oates’ She's Gone. However, it has to be said that they were one hell of a danceable disco group, with some completely infectious numbers that instantly transport you back to those heady days of 1976-77 - hot summers, girls in summer clothes, tan lines and “Saturday Night Fever”.

Their first disco hit was 1975’s  catchy It Only Takes A Minute with its instantly appealing chorus hook. Also released in the same year was the enjoyable soul of My Ship. 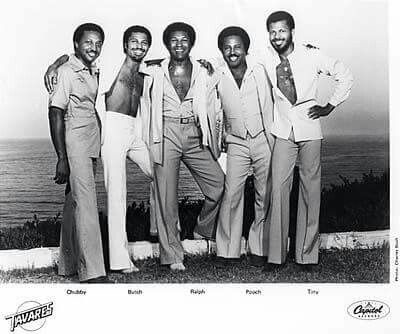 It was 1976 that really broke the group big, however, with the mighty Heaven Must Be Missing An Angel which not only had a great disco rhythm (particularly in its extended version) but a fantastic vocal and killer chorus. It has a wonderful intro too.
Don't Take Away The Music was similarly instant in its appeal. Another easy to sing refrain and, again, impressive in its lengthier incarnation. My own favourite was always the next single, the less successful, poppy disco soul of The Mighty Power Of Love which featured some more top notch vocals.

Whodunit was a bigger bit, but never really did it for me and One Step Away was a tuneful, medium hit. Their last big hit in what had been a rollercoaster year or so was the now iconic More Than A Woman from Saturday Night Fever. I have always preferred this version to that of The Bee Gees, by far.

Another compilation album of great seventies soul/disco memories. They did an album on the back of the three best singles too, so let's take a look at it...
Sky High (1976) 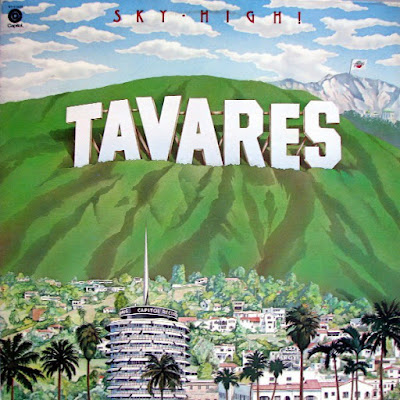 this one, which, like many soul albums of the period, is a delightful mix of quality, energising, melodic singalong disco and uplifting smooth soul. It kicks off with the energetic and infectious Mighty Power Of Love, which provides a great start to the album. It is full of verve, vitality and vigour. It's bloody brilliant. End of. The clip below is Legs & Co dancing to it on Top Of The Pops.

Ridin' High is a melodic, extremely pleasant bit of lively and bassy sweet soul. To The Other Man is one of those moving slow soulful tales about growing up in poverty but with strong mama, a proud sense of morality and learning "give respect to the other man". Nice song. It segues into the truly wonderful disco groove of Heaven Must Be Missing An Angel of which no further comment is needed. As on the Best Of compilation, it is the extended version that is included, which is fine by me. I love it. Six and a half minutes of one of the best disco records of all time.

Bein' With You is a marvellously upbeat piece of poppy, brassy soul highlighting the group's harmonious skill and sheer joie de vivre. Wonderful is a smoochy ballad enhanced by some sumptuous saxophone. The sweet soul continues on the equally lovely Guiding Star. This song is one of those that girls loved back in the seventies, so to get in with them you had to like it too. As it happened, being an old (or young) romantic, I did anyway. Check out those falsetto vocals at the song's play out - fantastic. This tracks just lifts me up, sky high. By the end of it I'm shrieking out my awful vocals at full volume.

Back to the dance floor for another real glitter ball classic - the thoroughly infectious Don't Take Away The Music.

Seventies soul albums are what they are - half an hour or so of incredibly pleasing fare. Nothing earth-shattering but containing stuff that will take you to soul heaven.