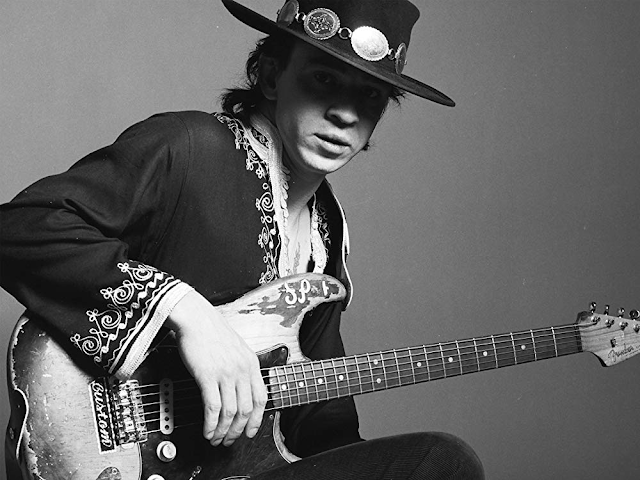 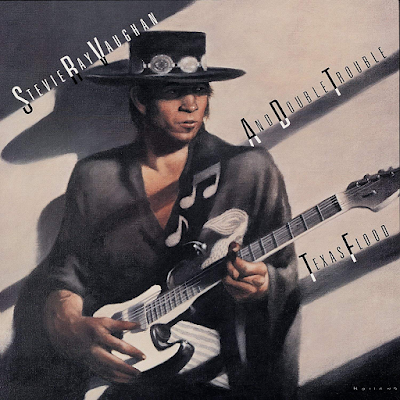 In 1983, popular music was awash with layered synthesisers and preening "new romantics" strutting around. Down ' n' dirty blues like this may have been de rigour in the mid-late sixties and early seventies, but certainly not in 1983. This album, however, made it "hip" again. Not that it should not have been so. David Bowie used Vaughan on his Let's Dance album of the same year too. He was certainly seen as very credible as a result of this album.

Basically it is Southern blues rock of the highest quality. Full of searing blues rock guitar licks and throbbing bass. Love Struck Baby has an instant, hooky refrain, while the solidly rocking Pride And Joy is probably the best known cut from the album.
Texas Flood is full of cutting slide guitar lines and a sumptuous deep bass line. Together with Vaughan's gruff vocal, it is pretty much blues rock heaven. The album was recorded in two days at Jackson Browne's studio and it has a real "live" feel to it - no overdubs. Just recorded as it was. A great example of that is their stonking cover of Howlin's Wolf's Tell Me. It just has that feel about it, like a live recording. 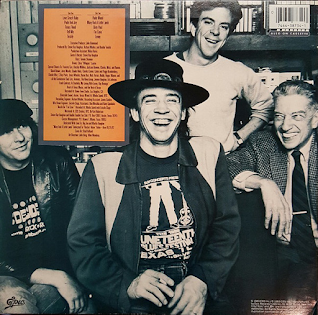 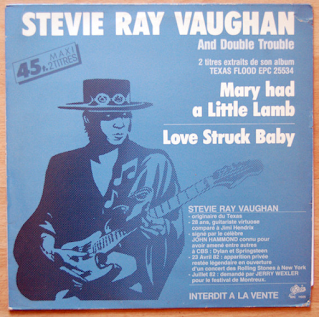 The guitar on the rhythmically shuffling instrumental Testify is seriously good. The exhilarating Rude Mood continues that feeling even more. The fact that these tracks are instrumentals doesn't seem to matter, the musicianship is so impressive, you just forget that there aren't any vocals.
Vaughan even takes Mary Had A Little Lamb and turns it into a searing slice of guitar-driven blues rock. Admittedly Buddy Guy had already done it in 1968, but this still a great version. It shows you that it doesn't really matter what blues rock lyrics are, it will always be the blues.
Dirty Pool is a slow-burning, intense blues that just drips with atmosphere. I'm Cryin' has a sort of Elvis feel about it. You could imagine him doing is justice in the early days. The guitar solo at the end is excellent. The final track is a mellifluous instrumental dedicated to Vaughan's wife, Lenny.

This is one of the best authentic blues rock albums to be released since The Allman Brothers Band were at their best in the early seventies. Highly recommended. Great sound quality on this "legacy edition" too. There are a host of killer live cuts on disc two of it. 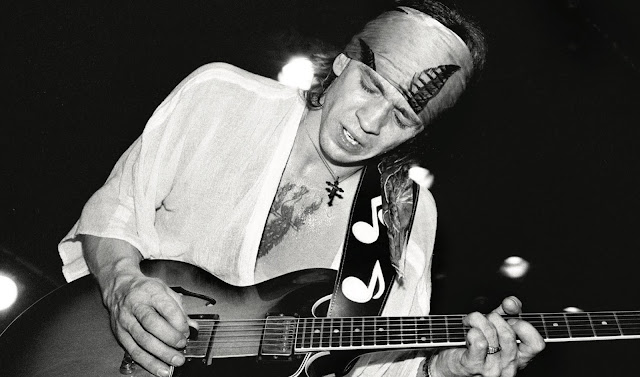