This is a low-key, ambient album of psychedelic tinged folk-blues rock....
Time Off (2013) 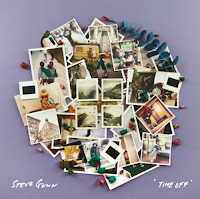 Some of it sounds like the instrumental guitar riff and drum bit on The Doors’ The End, particularly on the final of the album’s six tracks, the drawn-out Trailways Ramble. The riff is astonishingly repetitive, continuing for ages on the same chords, never really getting anywhere. It does, I have to say, though, have a somewhat addictive quality to it. The sound is full, warm, resonant and bassy and, after a few minutes, Gunn enhances it with a few extra notes and it becomes more complex. It does then become strangely enjoyable. Gunn plays electric and acoustic guitars and he has a bassist and drummer with him. There are also hints of Led Zeppelin III’s acoustic numbers, particularly in the acoustic That’s The Way-style riff on the excellent Lurker. The vocal on this track is a folky, Americana-influenced one. It also really reminds me of something else as well, but I can’t bring to mind what. Lovely bluesy electric guitar at the end too.

The same can be applied to Old Strange. It has such a Paul Weller-ish acoustic guitar, I have all Weller’s albums and it is driving me mad trying to think of where that acoustic riff has come from. (Got it - it's All On A Misty Morning from As Is Now). Once again, the song has a mysterious Doors-like ambience.
New Decline is another with considerable atmosphere and an infectious bass line. Like all the tracks, apart from Trailways Ramble, it has a laid-back, sleepy vocal on it. Litening to it several times, it does have a growing quality to it. It also has a very retrospective, sixties psychedelic rock feel to it, although it is very understated. It is another track with real echoes of Paul Weller’s acoustic material in it. Half way through some excellent bluesy electric guitar adds considerable verve to it. 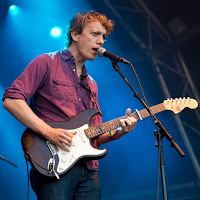 Street Keeper has more of that The End guitar sound to it. Again, it has a dreamy vocal reminiscent in places of CSNY or Traffic. It has a passage of flute on it too. You have to say, as quiet and sometimes unadventurous as this album is, there is something highly credible about it. Check out the opener Water Wheel for exemplification of that point. The more I listen to it, the better I appreciate it. Yet again, the riff reminds me of something else. The album also begs repeated listenings and you find it seeps into your consciousness far more than it did on first listen. Actually, I really like it. Three listens in and I am converted. If you want an album to excite, exhilarate and get you tapping your feet, pumping your fist or whatever, this is definitely not the one. If you want what they refer to as contemporary “trance” music, I think, to relax to, it is ideal and, as I said earlier, it does require several listens for its effect to be felt. It is an ideal morning album.
Check out Jake Xerxes Fussell's work too :- 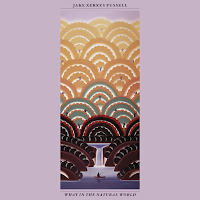