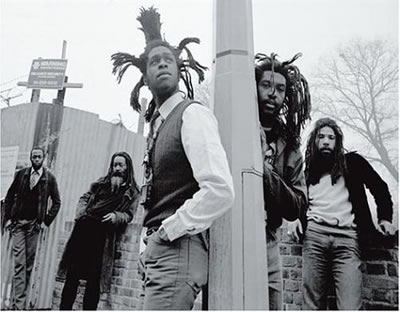 "We dressed up and saw ourselves as stage performers as well as musicians, choreographing and dressing for the song, for Ku Klux Klan we had members dressed in Klan outfits and would act out fights with each other to emphasis the struggle we were trying to express" - David Hinds 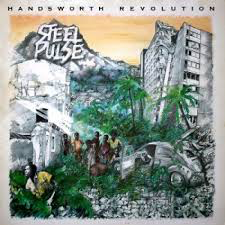 Possibly British roots reggae’s finest ever. This stunning 1978 debut album from Steel Pulse is remastered here to an exceptionally high quality. Bass heavy but not Sound System booming, it sounds just perfect.You get the original album - the magnificent Ku Klux Klan, the always evocative Prodigal Son. Handsworth Revolution, Sound Check, Prediction, they are all there. Like most "roots" reggae bands from the mid to late seventies, their message was one of social justice, cultural awareness and Rastafarian religious fervour. As a UK based band, many of their songs were written in direct response to the social milieu of Britain in 1977. Handsworth, of course, is an area of inner Birmingham, not Kingston, Jamaica, so that leant a slightly different perspective to their music. 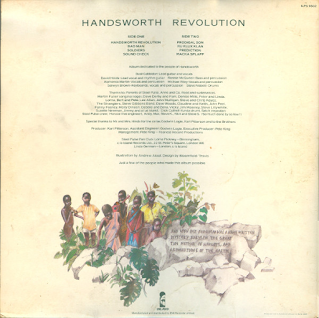 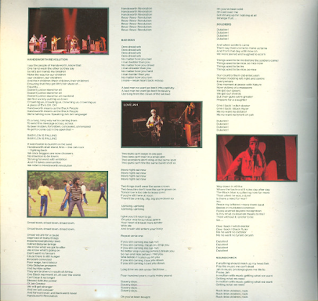 By late 1978, the band had supported Bob Marley & The Wailers on a worldwide tour and were playing large outdoor gigs like "Rock Against Racism", as well as the small to medium size UK venue circuit. The band were at the forefront of the punk/roots reggae crossover that so dominated the UK music scene in the late 70s. Pretty much every punk gig would have roots reggae being played over the sound system before the band came on. Many punk compilations since have contained either Ku Klux Klan or Prodigal Son. They are so much sonic reminders of that time. They had a unique sound - rootsy but with catchy hooks and a melodic tone to the vocal delivery, and a rhythmic musicality as opposed to speaker-pounding heavy backing. Yes, there is a full bass sound, of course, but there is more to Steel Pulse than just that.

Also included on the "Deluxe Edition" re-issue of the album are 12” versions of many of the tracks and dub versions, all of which are excellent. Then there are some impressive BBC session cuts, which show how good a live band they were. Just check out the wonderful sound and performance on Prediction. I was lucky enough to see them live in 1978. Great memories.

Singer David Hinds, speaking retrospectively about supporting Bob Marley, had this to say-

"....We learned a lot of discipline on that tour that rubbed off - rehearsal, execution on stage, how to tour, stability [...] that's when the doors really started to open for us. It has always been one of the most memorable moments of my career. To play as part of that package exposed Steel Pulse to audiences that literally were in awe of our message. Of course, being formally introduced through Bob Marley helped us tremendously. Playing for audiences, especially those in Paris who saw the force of Steel Pulse and the force of Bob Marley play on the same bill, enabled us to sell out shows every time since then...". 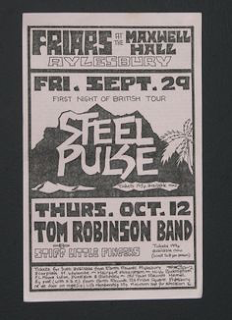 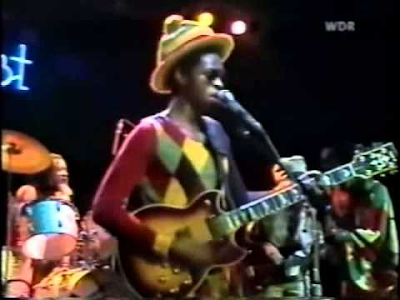 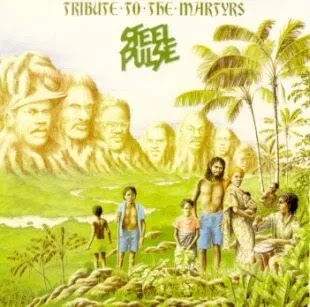 Following up on their excellent debut album, Steel Pulse returned with another collection of attractive but lyrically militant stepping rockers. They really were at the forefront of UK reggae, being by far the best to emerge from that scene. There was something instantly recognisable and quite unique about their sound.

The album takes the theme of acknowledging the contributions of various black consciousness leaders.

Unseen Guest is more of the Handsworth Revolution vibe, with those gentle riddims backing a catchily harmonious Rasta devotional vocal. Sound System is classic, immediately accessible Steel Pulse and is the album's best known track with its "Dig the music Mr. DJ" first line. Their sound is actually quite difficult to describe, but there is something about the easy riddims and characterful vocals that I have always liked. They knew how to merge a rock electric guitar into their tunes too, and they do so most effectively here. It features a sumptuous dubby bit as well.

Jah Pickney - R.A.R. is a rootsy, Marley-esque condemnation of the National Front - neo-fascists who were depressingly popular in the Uk in the late seventies. Steel Pulse let them know exactly what they think of them. Tribute To The Martyrs is a mid-pace rootsy skank and  it morphs into a beautifully bassy, dubby tribute to Steve Biko, murdered in 1977 by South African police.

Babylon Makes The Rules-Devil's Disciples is seen minutes-plus of Steel Pulse faster than usual groove, backed by some fine brass. The final three minutes is just so deliciously dubby but melodious it hurts. Check out those bongos. Sublime.

Uncle George is a punchy tribute to African-American civil rights civil rights leader George Jackson and Steve Biko is back for the appealing skank of Biko's Kindred Lament. This fine album ends with the insistent, brooding roots of Blasphemy.

These first two Steel Pulse albums are their best and, if this is all you get to hear from them, it will more than suffice. They were a great band. Guidance! 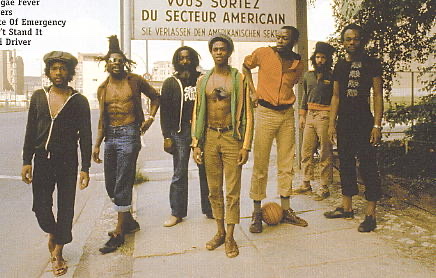