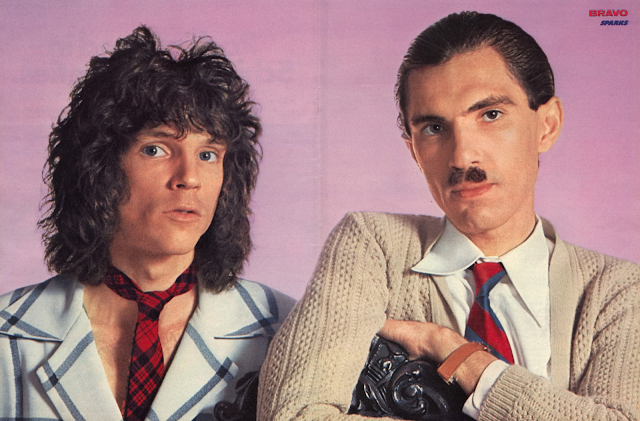 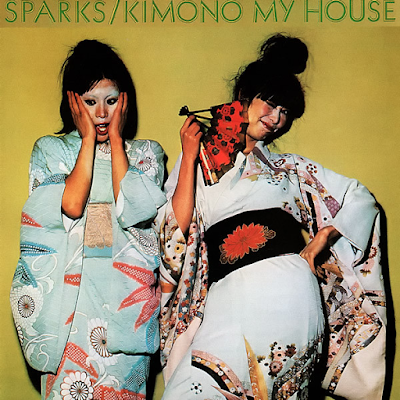 A strange album from a strange band. As a David Bowie, Roxy Music and Cockney Rebel fan in 1974, it made perfect sense to get into the music made by these odd American brothers, one of whom looked like a cross between Marc Bolan and David Johansen of The New York Dolls and the other looked like Adolf Hitler. Backed by a band of UK musicians, the Mael brothers delivered a perplexing mix of keyboard and high pitched guitar driven “glam” rock sung in Russell Mael’s quirky falsetto. Ron Mael’s lyrics were bizarre and showed a weird sense of humour.

The first two tracks, the hit singles This Town Ain't Big Enough For Both Of Us and Amateur Hour are truly excellent. The next three, Falling In Love With Myself Again, Here In Heaven and Thank God It's Not Christmas, with its impressive guitar bit in the middle keep the standard relatively high.

Listening to it again, it is admittedly an adventurous piece of work in places. Better than I remembered it, at least at the beginning.
Hasta Mañana Monsieur starts the old ”side two” on a high. Great wailing guitar and ABBA-like keyboards (before ABBA, I might add). 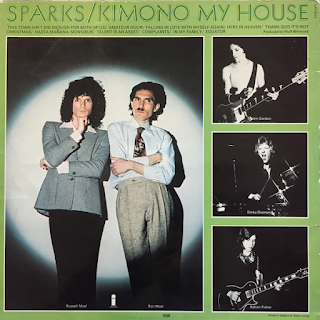 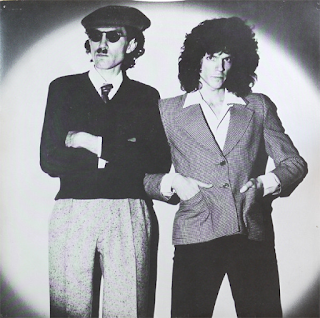 Then we get to the problems. Talent Is An Asset is truly dreadful. It has a nice bass line but also some totally ludicrous lyrics about “little Albert having talent”. Umm, ok. If you say so. Bizarrely, Steve Jones and Paul Cook, later of The Sex Pistols, claimed they listened to this album day after day. So - toe tapping, inane little ditties like Complaints helped to create Pretty Vacant? Hard to believe, isn't it?

In My Family is a preposterous few minutes but strangely enjoyable and the closer Equator just sort of defies analysis, actually. As do Sparks. One of the oddest groups of the 1970s.

I couldn’t properly get into this in 1974 and I still can’t. Every now and again I give it a chance though. However, on this latest listen I found myself quite liking it, so there you go. 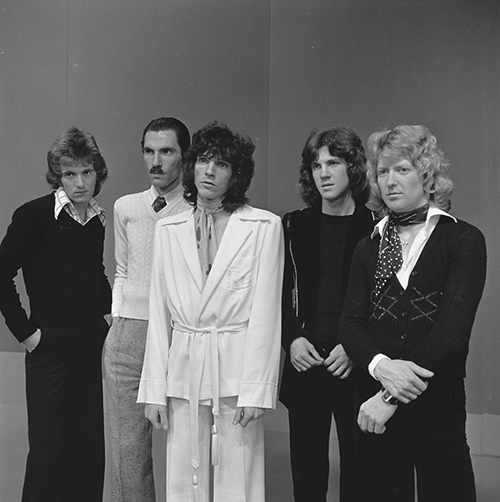 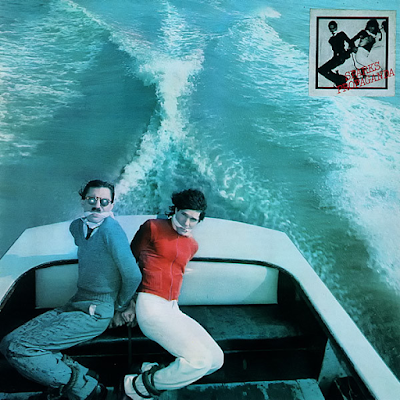 From late 1975, Sparks' second album was the follow up to the interesting, often bizarre debut Kimono My House. Equally odd in places, Propaganda certainly matches it. Again, there were two great single releases in the upbeat, madcap Something For The Girl With Everything and the regally beautiful Never Turn Your Back On Mother Earth.

Rock's odd couple, Ron and Russell Mael also gave us quality tracks in the typical Sparks-rock of At Home At Work At Play and the military march chorus of Reinforcements.
B.C. is unfortunately completely irritating and silly but Thanks But No Thanks harks back to the glories of the first album.
The quality lessens a bit on the old "side two", just like on the previous album. Achoo is another utterly silly one and Who Don't Like Kids as annoying as B.C., if that were possible. Yes, it was.

Despite the few low spots, it is still an enjoyable piece of weird 70s glam-pop. Only in short bursts, though. 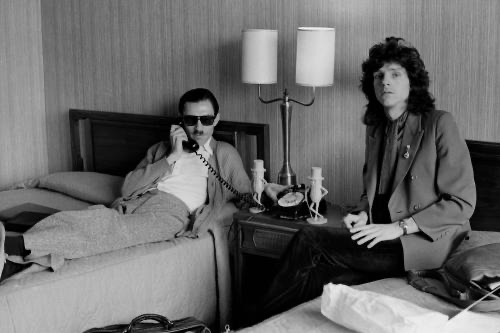