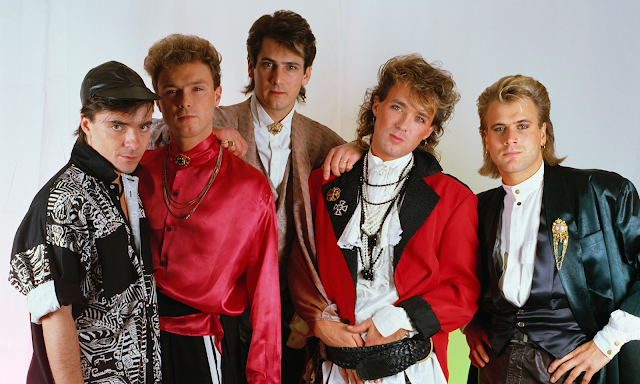 Gold: The Best Of Spandau Ballet 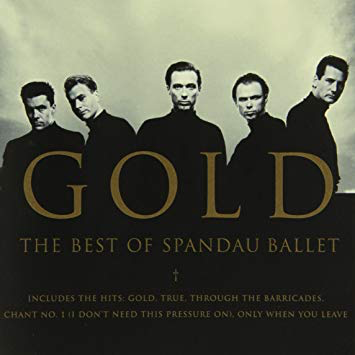 Spandau Ballet were originally a punk-ish band clapped The Makers, apparently, gigging around their native North London area. Their name was changed after “Spandau Ballet” was seen as graffiti on a Berlin toilet cubicle wall. They seemed to embrace the pretentiousness that certain groups emerging from the post-punk movement adhered to. They suddenly converted themselves from North London “lads’ to foppish dandies, swanning around in billowing blouses wearing eyeliner and the singer, Tony Hadley, adopted that sonorous, haughty voice that so many “New Romantic” singers seemed to do. All of this never seemed to sit too comfortably with them, to be honest. While in the seventies, some members of Sweet and Mud never seemed happy in their glam get-up, I always felt that the somewhat oik-ish members of “the Ballet” were trying, unsuccessfully and laughably, to gentrify themselves. Either way, the image seemed to go down well at the time, and they were stuck with it.

As for the music, their punk roots were forgotten and they caught on to the electronic/funky rhythms of the era for their first few singles. Their first, 1980’s To Cut A Long Story Short, was a classic New Romantic single - that deep, pompously delivered vocal and a lively funky backing with some killer riffs.
Muscle Bound was more thumping and industrial, but again it had a catchy chorus. They had hit on a skill of writing songs with very memorable hooks.
Chant No. 1 (I Don't Need This Pressure On) was a supreme piece of New Romantic disco funk and really caught the zeitgeist. It was very rhythmic and again had, as the title suggested, a chantable chorus.
Instinction and the very poppy, singalong Lifeline provided some mid-range hits before they struck it really big, just at the point when the whole New Romantic thing was beginning to fade away. They did so with a copper-bottomed end of the evening disco smoocher in True, with its lyric about “listening to Marvin (Gaye) all night long…”. It had a real loved-up feel and some great saxophone in it too.
This was followed up with another impossibly catchy number in the grandiose Gold, featuring yet another mannered vocal from Hadley.

The soulful, melodic Only When You Leave was also a big hit, but then the times began to change. Music went into a period of nothingness and dance music beats began to take over. For whatever reason, there was no desire for whatever it was Spandau Ballet had, there was one final big hit in the credible Through The Barricades. That was pretty much that. In later years, there have been some unfortunate legal wranglings between members of the group and brothers Martin and Gary Kemp went into acting. Tony Hadley is still recording in his own right. This is a fine reminder, however, of when their light shone really brightly and, along with Duran Duran, they were the biggest chart act around. 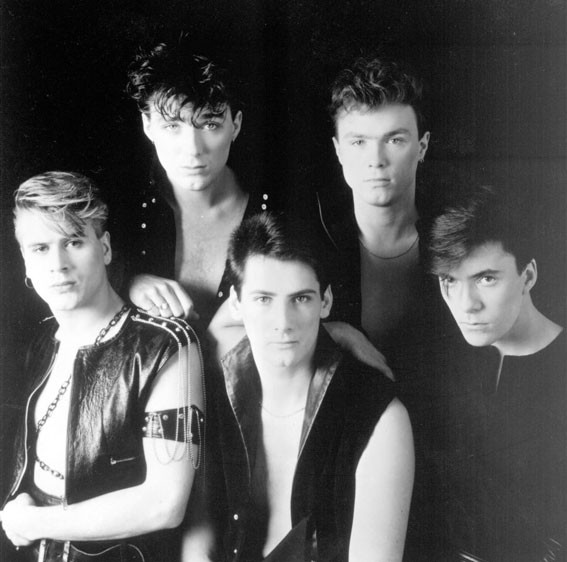 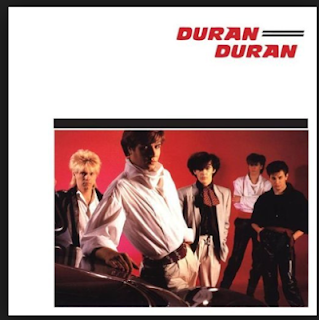