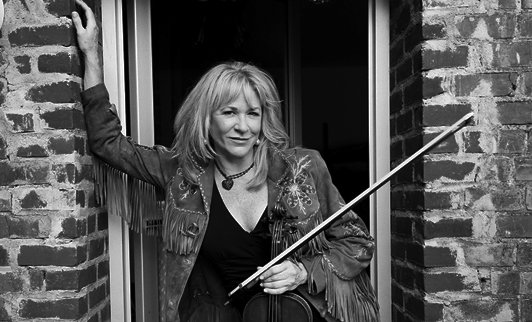 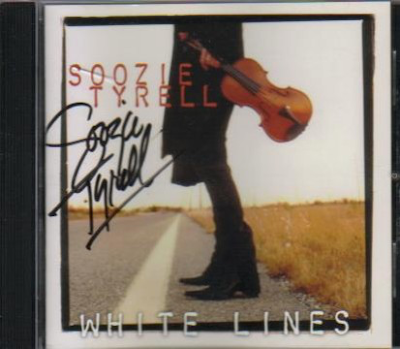 Before joining Bruce Springsteen’s E Street Band on violin in the early 2000s, Soozie Tyrell played with Southside Johnny & The Asbury Jukes and Mrs. Springsteen, Patti Scialfa. On this 2003 solo album, she sang all her own songs, proving herself to be a talented songwriter in the Lucinda Williams country rock mode. Growling and purring, with a sexy, throaty sort of voice, Tyrell put across country-tinged semi-autobiographical tales of a life spent on the road, dating back to her childhood as a daughter of a father in the military and from later years hanging out in Greenwich Village with her girlfriends. This is, to date, the only solo album she has put out, as she carries on, year in, year out, touring with Springsteen. It is a more than acceptable effort, though, so it is a bit of a shame that no further albums were ensuing.

Springsteen joins Soozie on White Lines - playing guitar on a tale of being in the back of her father’s car with her two sisters, watching the white lines go by, driving to Chesapeake Bay, Virginia. It is a vibrant rock number, with some evocative “on the road at truckstops” lyrics.
Ste. Genevieve is a moving, piano-driven slow ballad, with Mr. and Mrs. Springsteen on backing vocals. Soozie writes some really good songs here, it is strange that she never wrote any more. This one is very Mary Chapin Carpenter influenced.
Dark Clouds is an exhilarating country romp, full of fiddle and Soozie’s voice giving out a little whoop at times. Very Trisha Yearwood.
The Wild Ones is an emotional mid-pace country rock ballad, with some great guitar and that bottle of Bud and check shirt vocal from Soozie. Her voice is quite heartbreaking at times. 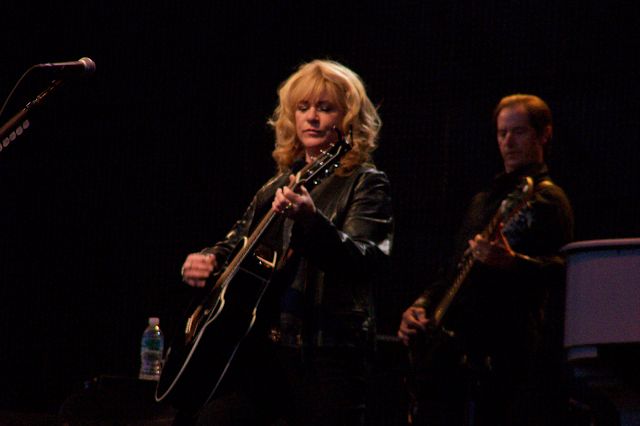 Have A Little Patience is your typical, slow, guitar-driven powerful country rock slow number, lovelorn lyrics and a fairly predictable melody. All very pleasant though. There is some scintillating guitar at the end.
Ferdouganal has Soozie going all Celtic, with a suitably mournful Irish air. It has a feel of something that would have been sung in 19th century America as well, probably by Irish immigrants. It is a lot like Bruce Springsteen’s folky take on Shenandoah.

Who Rules Your Life is more introspective, with an almost post-punk-style riff and a mysterious air about the vocal. I had forgotten about this track over the years, not sure why, it is a good one. Again, it features some cutting lead guitar.
Ain’t Going’ Back is an “I’m sleeping alone tonight” lament over a lost love, with catchy violin and vocal hook.
The lyrics to Little Girl seem, at times, to concern abuse of some sort. If so, I hope it was never as real for Soozie as it is related in the song. It is actually a very dark and disturbing song.

Out On Bleecker Street lifts the mood, and is an E Street-ish joyful rocker, with Soozie singing about putting her heels on and partying with her mates on New York’s Bleecker Street. It is a catchy, animated number and one of my favourites on the album.
The beautiful, vivid Chapin Carpenter-esque Everything Gold, complete with mournful violin solo from Soozie, concludes what really is a very stimulating and entrancing album. Such a pity there haven’t been any more.
Check out her mate Patti Scialfa's work here :- 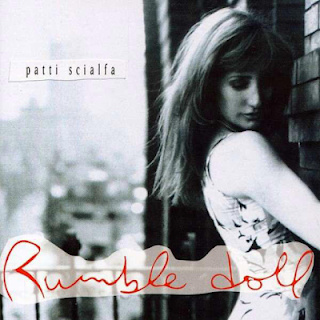