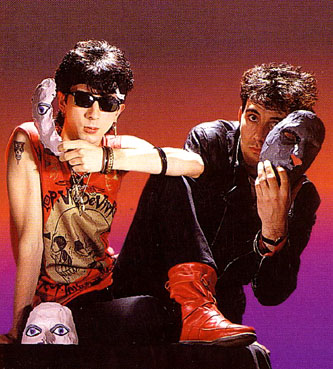 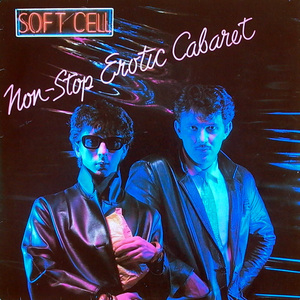 Frustration/Tainted Love/Seedy Films/Youth/Sex Dwarf/Entertain Me/Chips On My Shoulder/Bedsitter/Secret Life/Say Hello, Wave Goodbye
This was Soft Cell’s debut and best known album, from late 1981. Dismissed by many as the work of a posturing, effeminate New Romantic throwaway band, it actually is an impressive piece of work that functions as a biting criticism of the music industry and the seedy demi-monde of urban clubland. Rather than a “new romantic” record, it is more of a post-punk electronic type of thing.

Frustration has singer Marc Almond ranting frenetically over an electronic beat about all sorts of things - mortgages, kids, going bald and people - John Wayne, Elvis, Bo Derek. It is wry and amusing but sets the tone of dissatisfaction that pervades this underrated album.

Tainted Love was obviously a cover of Gloria Jones’ Northern Soul “handclap” classic, but it suits the ambience and theme of the album perfectly. It is remastered excellently here - great pumping bass sound. Considering it was recored on an apparently low budget, the sound is rally impressive.
Seedy Films is just great. Observant, risqué lyrics that are also, like before, amusing in a strange way. It has a throbbing underpinning beat and some winsome clarinet breaks on it from David Tofani, a top-notch American session musician. Love it. One of the best tracks on the album. Far more than just simply New Romantic preening.
Youth is dark and brooding. Marc moans and gripes about times gone by and lost youth over an industrial synthesiser backing. All very sombre and “Krautrock”.
Sex Dwarf has an upbeat rhythm but some seriously some cynical lyrics about vice and perversion. There is a real dark, depressing milieu to this album the contrasts with the dandy, peacock finery that the genre was supposed to be all about. This is anything but. It is about feelings of revulsion, temptation and disillusion. “Sex dwarf, isn’t it nice, luring disco dollies to a life of vice…”. 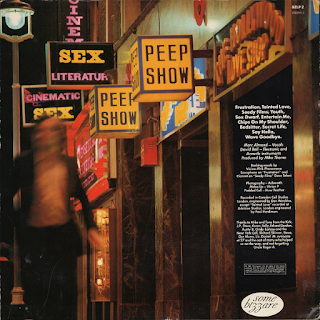 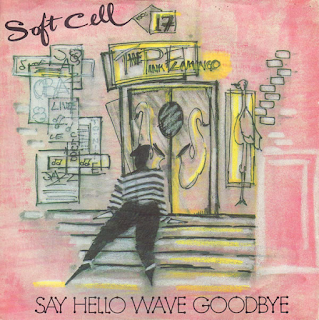 There is an underlying obsession with deviance on the album, though, and this is continued into Entertain Me. You got the impression Marc Almond was up for anything, but then loathed himself afterwards. His bandmate, keyboardist Dave Ball, looked quite incongruous in comparison, a sort of Ron Mael to Almond’s Russell.
Entertain Me segues into the lively Chips On My Shoulder, with one of those Ultravox/Human League synthesiser riffs. Again, some amusing lyrics about fish and chip suppers, getting older and ranting about perceived injustice.

Bedsitter was a single but not a particularly big hit. It has a sonorous, deep synthesiser backing and a killer hook of a refrain. This really paved the way for groups like The Pet Shop Boys. There is a punk cynicism to this track. It deserves to be on any post-punk playlist.

Secret Life has a semi-spoken vocal and more morose, guilty lyrics about someone living a, by now, predictable seedy after-dark secret life. There really are some dark messages on this album though, it certainly has far more depth than Adam & The Ants, Duran Duran or Spandau Ballet’s more commercial output.
Say Hello, Wave Goodbye is my favourite, and the other big hit from the album. (The 12” version with the extended clarinet intro is the best, however). In its single form, it is still a great, hooky song, full of addictive synth riffs, a plaintive vocal from Marc and a grandiose haughty kiss-off chorus. “Take your hands off me, I don’t belong to you…”. Glorious and grandiose. One of “New Romantic”’s finest moments. As indeed was this album. 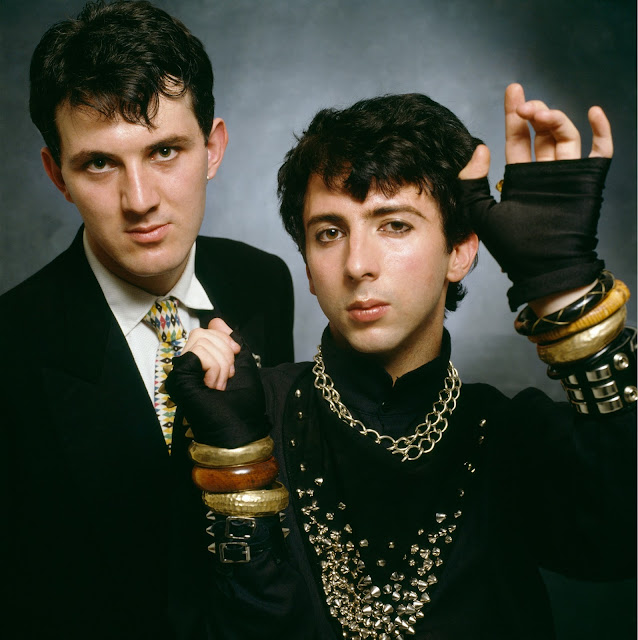