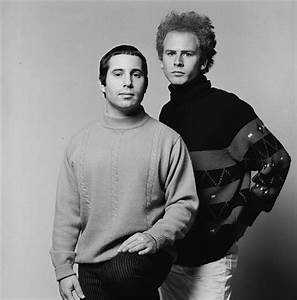 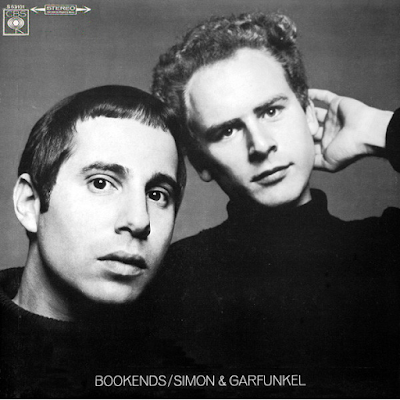 Bookends Theme/Save The Life of My Child/America/Overs/Voices Of Old People/Old Friends/Bookends Theme/Fakin' It/Punky's Dilemma/Mrs. Robinson/A Hazy Shade Of Winter/At The Zoo
1966-1968 was such an explosive period for music, this album went quietly almost unnoticed for a while, sneaking in the stores in the long, influential wake of Sgt. Pepper. This, in so many ways, was S & G's Beatles album. The influences are literally all over it. It is a hippy rock album too.

The songs
After a brief acoustic guitar introduction with Bookends Theme, Simon & Garfunkel went all psychedelic with the quite bizarre Save The Life Of My Child, full of weird synthesiser sounds, played on a Moog, and disturbing lyrics about suicide and a screaming mother. All very odd, as if they wanted to shed the earnest. folky image and show that they too could go weird, man.
America has such Ringo Starr drums it is untrue, straight out of A Day In The Life The recent remastering has a huge bass sound in this iconic song. Beatles drums or not, is a superb, atmospheric and invigorating song.
Overs is a tranquil, folky return to the sort of song that they had made their name with. Paul Simon on lead vocals, gentle acoustic guitar strumming and sincere lyrics.

Voices Of Old People I could do without, to be honest (it literally is spoken recordings of chat from old people).
Old Friends is a tender, thoughtful and quiet ballad, with some Eleanor Rigby cello orchestration. It, totally incongruously, goes all A Day In The Life Beatles, with crashing orchestral sounds in the middle. Yes, lads, I know The Beatles were good at that, but stick to what you knew best, eh? Thankfully normal service is resumed after a minute or so. Quite what the need was for that raucous interlude, I don't know.

Fakin' It has some groovy sixties percussion, Crosby, Stills & Nash-style harmonies and some Byrds-influeced acoustic guitars and drums. Again, some Beatles influence is both the instrumentation and, at times, the hurried vocal delivery of some lines. The brass sections are Beatles-ish too. Will it ever end? There are echoes of The Rolling Stones' Satanic Majesties as well, in the cornucopia of sound that hits you.

Punky's Dilemma is such a late sixties creation. Harmonised vocals, wry, odd lyrics and some general laid-back vibes. It has a lovely bass line on it.
Mrs. Robinson, of course, is known to everyone. It is a magnificent song - airy, melodious, light but hard hitting, moving and cynical at the same time. Along with America, the other famous song, it is the best on the album. The songs are famous for a reason. They are superb.
A Hazy Shade Of Winter has a riff straight from Roy Orbison's Oh! Pretty Woman. It is a robust, upbeat tambourine-driven rocking, but some swirling, airy hippy passages too. Such an archetypal late sixties song. Apart from the two greats, this is my next favourite.

At The Zoo is a very Paul Simon song, a very New York City song. Again it is a very 1968 song, but it wouldn't have sounded out of place on Simon's early solo albums. Simon's lyrics about the various animals are wry and amusing.
** Incidentally, the bonus track You Don't Know Where Your Interest Lies found fame as a Northern Soul cult classic in the seventies by Dana Valery.
Bridge Over Troubled Water (1970) 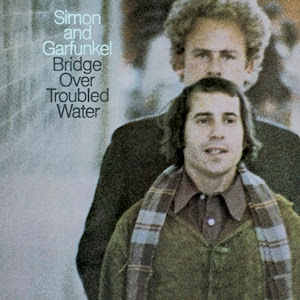 This was the last album from the great sixties duo Simon & Garfunkel. It came out in 1970 and was one of the biggest selling albums of all time. It served to straddle the decades both musically and conceptually. A lot of the duo's earnest sixties folkiness had gone, replaced by Paul Simon's wry, often acerbic songwriting. In many ways, it seems a lot like a Paul Simon solo album to me. Maybe that was why those huge divisions between the pair opened up and their partnership soon became no more. Many people have compared the album to The Beatles' White Album, or Let It Be, where you can feel the imminent split in the music.

The album has traditionally received a lot of criticism for its supposed over-production - too many strings etc. Personally I have always found the production to be occasionally tinny and somewhat lacking in places, with Simon's voice often too low in the mix. Either way, it is far more rock-sounding than any of the duo's previous albums.

The title track, the beautiful, inspirational gospel-inspired Bridge Over Troubled Water, needs no introduction, of course, although I have often wondered why such an obvious, anthemic album closer was chosen to open with. It is a song that I have always felt was poorly produced, however, Simon's vocal either too quiet or too low. The end is far too cacophonous for my liking too. That doesn't detract from the song's overall shimmering brilliance, though. The "when you're down and out" line still sends tingles down my spine. Look, it is still a wonderful song, despite my few misgivings. In Aretha Franklin's hands it is even better.

El Condor Pasa (If I Could) is a beguiling, mysterious number enhanced by its haunting Andean pipes (the first sign of Paul Simon's interest in world music) while the tempo ups next with the infectious and rhythmic fun of Cecilia.

Keep The Customer Satisfied is a lively, cynical but melodic typical Simon song. Its brassy, upbeat Everly Brothers vibe would have fitted fine on Simon's debut album. Its "slandered, libelled, I hear words I never heard in The Bible" chorus is memorable, known by many and impossible not to sing along to.

So Long, Frank Lloyd Wright is a gentle acoustic number in praise of the architect ("architects may come and architects may go but never change your point of view") that is again just so very Paul Simon and then we get the iconic strains of The Boxer, which is just such a great song once more and also is probably the last big piece of duetting between the two. It is packed full of atmosphere, great lyrics, delivery, instrumentation and that instantly recognisable "li-la-li" chorus and, of course, Simon's lyric about "a come on from the whores on Seventh Avenue" and his admittance that he "found comfort there" which shocked in 1970. It is one of the best New York songs. I love that bass harmonica part that underpins it too and the congas. It was one of the pair's finest songs, possibly the finest.

Baby Driver is an essentially acoustic but also bassy lively McCartney-esque Simon song enhanced in the middle by some killer saxophone. Its backing vehicles go all Beach Boys at this point too. It was a comparatively early song, dating from November 1968, before the rest of the album's material.

The Only Living Boy In New York has a big production in between Simon's typically gentle vocals, with some very Beatles-esque drums taking centre stage. It features a fine rumbling bass as well, rendering its vibe one of a rock song, with elements of Elton John in there and, ever so slightly, of David Bowie's acoustic material.

Why Don't You Write Me is also rocky in its appealing sound and is very Beatles-esque once again. Then we get a lively live take of The Everly Brothers' Bye Bye Love.

Song For The Asking is a short, acoustic hark back to the folky days to end this hugely popular but irritatingly and perplexingly underwhelming album. 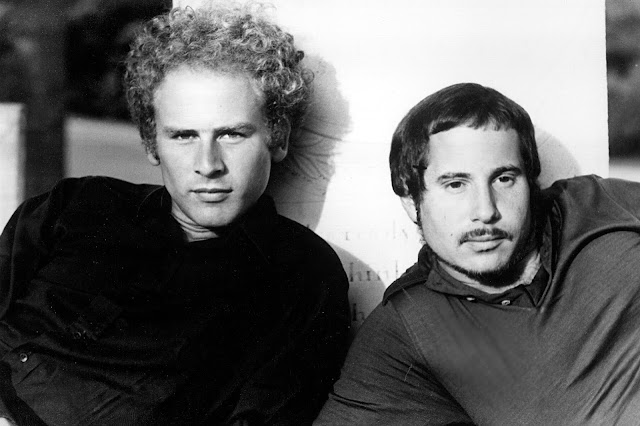 Reviews of the pair's subsequent work can be found by clicking the images :-
Email ThisBlogThis!Share to TwitterShare to FacebookShare to Pinterest