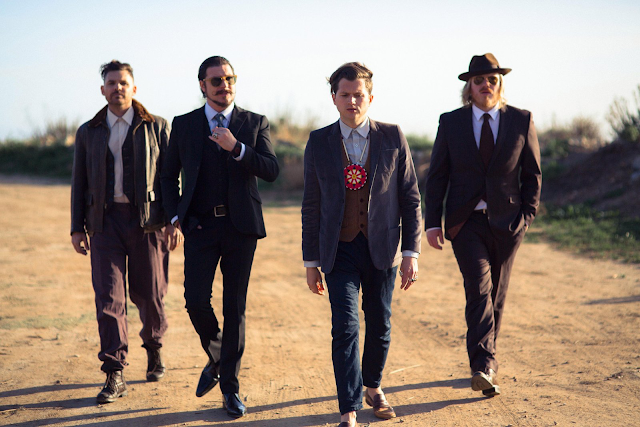 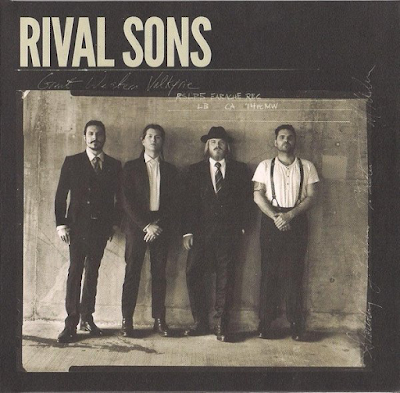 I am not a "proper" Rival Sons fan. I think I was "recommended" them on a streaming service. I have listened to "Feral Roots" and this album. So, my comments are not particularly informed. Neither am I, at sixty years old when this review was written, part of their contemporary fanbase. What I do, however, is recognise many of the influences that have, in my opinion, played a part in the creation of their music. There are loads of influences at play here, but that doesn't mean they lack their own identity. They seem to have managed to merge their own style with clear hints of the past, which, for me, is an attractive thing.

Electric Man is a barnstorming monster of an opener, with a sledgehammer bass line that will rattle your walls. Good Luck, in contrast, has a deceptively melodic and infectious bass on the verses and a Small Faces-style sixties-influenced vocal on the same parts. The guitar at the end is searing and the whole electric power of it all brings to mind Neil Young and Crazy Horse on some of their live albums. They say that Rival Sons are great live. Listening to this you can understand why.
Secret starts with a positively Deep Purple-esque riff and accompanying madcap organ. The vocal is unique in its own right. The bit where the vocal, bass and drums interplay comes in about 3:20 is awesome.

Play The Fool starts with a Led Zeppelin-inspired riff, but also develops in its own right with an addictive drum-driven rhythm. There is also something of blues rockers Vintage Trouble about this one.
Good Things is an intoxicating, atmospheric and slightly swamp blues-ish track. It also has a very Doors-influenced organ-guitar-drum bit three and a bit minutes in.
Open My Eyes has a typical heavy rock chorus but the track is enhanced by some delicious acoustic parts lurking beneath the full-on riffy attack.

Rich And The Poor is a surprisingly subtle track, full of rhythmic percussion and a delicious bass. Belle Star is full of both power and atmosphere. There is quite a lot of sixties psychedelia in here too.
Where've I Been is a slow, bluesy number. There is a bit of Nazareth about it, and Free as well. The same can be said of the lengthy slow burn of Destination On A Course. It is a bit of a classic, though, with some great instrumental improvisation in the middle.

Of the two Rival Sons albums I have listened to, I slightly prefer this one, feeling it has more variety and subtlety in it - my opinion from a somewhat detached position. 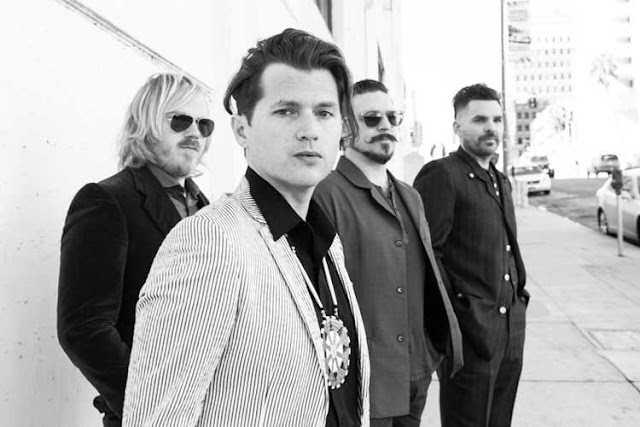 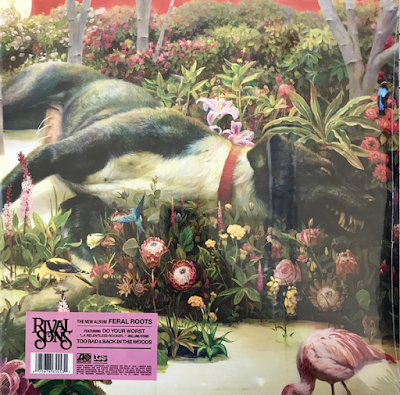 I have to admit that, until recently, I didn't know much about Rival Sons, who are a Californian guitar-based, gritty rock band. I think I caught them once on the Jools Holland show but that was about it. This is their sixth album since 2009. So, I am reviewing it as a novice to their work. Forgive me if I show some ignorance. For me, they have that up-front, loud power that Nathaniel Rateliff & The Night Sweats conjure up, but while the latter have a brassy, soul sound, Rival Sons are full-on pounding rock. The bass and drum sounds are positively huge. They will make your speakers shake.

Do Your Worst is an absolutely barnstorming Led Zeppelin meets Queen's We Will Rock You opener, full of riffs, bass and absolutely thumping Bonham-esque drums.
Sugar On The Bone has an odd, distorted guitar, buzzy opening, but soon moves into a soulful but crashing number. The sheer power continues on the huge bass thump and riffs of Back In The Woods, with singer Jay Buchanan sounding Robert Plant-esque at times. This track rocks, big time. You could imagine it going down a storm live. Time for a bit of light relief after such a muscular opening. We get it with the very Led Zeppelin III acoustic strains of Look Away. After a minute and a half, however, a pulsating guitar/drum beat kicks in with yet another impressive vocal. There is a bit of a hint of Queen's early heavier guitar on this, just in small instances.

Feral Roots has more Zeppelin influence in its quiet contemplative verses and its strong refrain. It is a most charismatic, atmospheric number. There is some searing guitar soloing in the middle too.
Too Bad is a big, slow-pace industrial rock number with slight echoes of Paul Rodgers and Free about it. Once more, the guitar is seriously good.
Stood By Me has a very Rolling Stones eighties era-ish lead riff and a funky bass line. Imperial Joy is back to the all-out bombast.
All Directions, however, has a laid-back soulful feel about it with an impressive lead vocal and slightly ethereal backing vocals. It still finds time for a great riff near the end, however.

A subtle intro to End Of Forever, rhythmic drum sound and U2-esque guitars gives way to another tub-thumping chorus. Some of the quieter passages betray a melodic ability that is not always given full reign. I feel some of the group's instrumental dexterity and the hidden soul in the vocals becomes a bit overpowered at times by the unrelenting attack.
Funnily enough, the final cut, Shooting Stars, features some gospel-influenced vocals and has a anthemic air to it. The album's forty-seven minutes will give your senses a good clear-out, it has to be said. After it, I need a lie down. Good solid, rock fare. 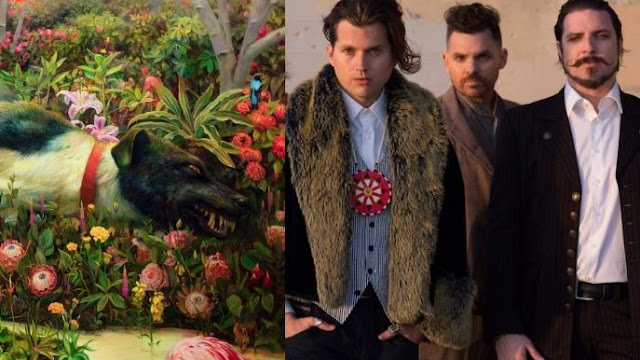