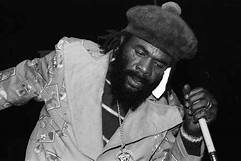 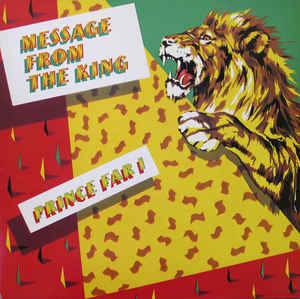 Prince Far I was one of the “toaster” DJs, who chanted/spoke/half sung lyrics over deep, dubby “riddims” in the mid to late seventies and early eighties. His style was that of a righteous preacher, railing in his deep, gravelly tones about Rastafarian ideology and dispensing warnings of damnation. Where he differed from other DJs was that instead of toasting over existing backing tracks from previous well-known recordings, the rhythms here were created by Far I and his team themselves.  Far I also preferred to label himself as a "chanter" as opposed to the more rhythmic "toasters".

Message From The King has an infectious refrain, “black reggae music” sung over a mid-paced rhythm. The Dream has Far I croaking about righteousness over not much of a beat at all, to be honest.
Commandment Of Drugs has a stark, almost indiscernible beat at times, just some quiet rim shots, while the Prince lectures almost incomprehensibly about drugs before some dubby guitar chops cut in. 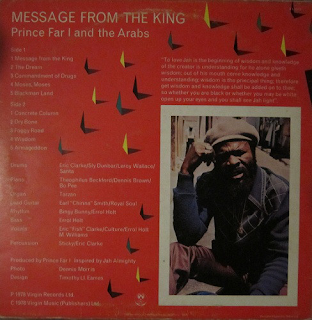 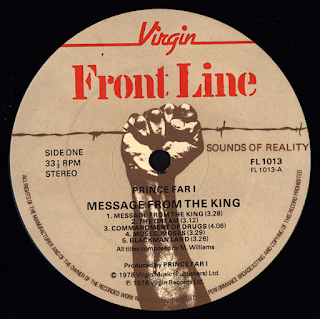 Moses Moses is more melodic in its backing, although, as with many of the tracks, the music comes and goes, alternating between quiet and loud, in a typical dub style.
Prince Far I’s sermon is mournful and sad on this one. The thing about this material is that it doesn’t have half the melodic appeal of much of the roots reggae from the same period. It is far more slowed-down, far heavier in its beat and often one-paced in its rhythm. To be honest, I prefer the roots albums of The Gladiators, Burning Spear, Bunny Wailer, Peter Tosh and Third World and, when it comes to toasting/DJs, I prefer Big Youth, whose material was far more varied and inventive. Or U-Roy and I-Roy for that matter. 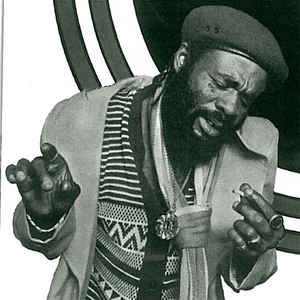 That said, Black Man Land is a haunting, evocative cut, probably Prince Far I’s best, and in Concrete Column, Far I starts to almost sing, more than he has done in other tracks. Despite some preferences for other artists and other genre variations, there is something very atmospheric about these big, thumping, dread-inducing, mysterious creations. It reminds me of Notting Hill Carnivals in the early eighties just as it was getting dark and it all got a little menacing.

Tracks from this are something that appears as part of a random mix of my music in isolation every now and again or as part of a roots reggae playlist. When they do, I enjoy them, but more than half an hour is a bit heavy going.

Actually, my favourite way of listening to Prince Far I is on the Dubwise compilation of his work, produced by Virgin’s Front Line series, which is far more accessible, musically, with some attractive brass breaks and more upbeat, melodic parts. Far I’s vocal comes in every now and again, which is fine, because that is what it does anyway, but the backing is more intricate, less sparse and less one-paced.