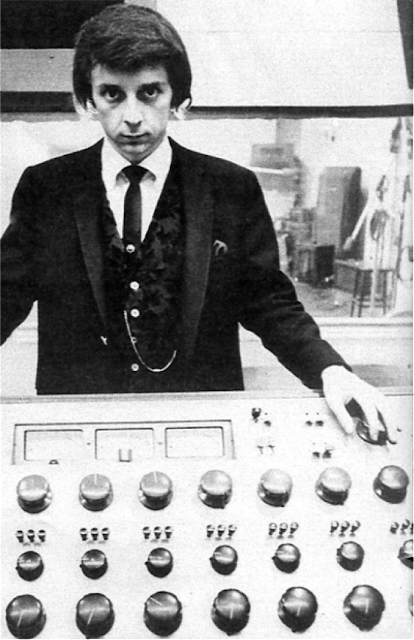 As the world knows, parts of Spector's life were deeply unsavoury. Other parts of it were simply touched with an undisputable genius....
The Wall Of Sound: The Best Of Phil Spector 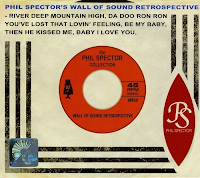 An essential collection of early 60s rock 'n' roll Heaven here. No question about it.

The classics simply don’t stop. Ronnie Spector’s timeless voice on Be My Baby and Baby I Love You still sends shivers down my spine and always will. Then there is Darlene Love’s vocal on He’s A Rebel and LaLa Brooks on Da Doo Ron Ron and Then He Kissed Me.
The Righteous Brothers' You've Lost That Lovin' Feelin' and Unchained Melody. The bottom line is that these are simply some of the best pure pop records you will ever hear. Is there a better intro than that on Baby I Love You - and when Ronnie's "whoh-oh" comes in, I am almost in tears every time. Not quite, but you know what I mean. Just wonderful. One of the best records ever made. Period.

There’s more - Uptown, Not Too Young To Get Married, He’s Sure The Boy I Love, There’s No Other Like My Baby, The Best Part Of Breaking Up and Ronnie's heartbreaking good vocal performance on Walking In The Rain. Ike & Tina Turner's River Deep Mountain High. Just perfect 60s teen pop. These songs will last forever. Oh, and there’s the “wall of sound”.
Ronnie Spector - English Heart (2016) 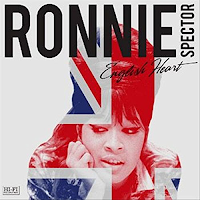 At the age of 72, Ronnie Spector recorded this excellent album paying a nostagic tribute to her favourite “British Explosion” pop hits of the mid 1960s. What a great job she does too. Her iconic voice is instantly recognisable, but the production is not “wall of sound”, as one might expect, but often quiet and laid back, at other times upbeat and almost funky. There is a whole lot of different musical backing on here and the sound quality is immaculate, as, of course, is Ronnie’s vocal delivery. In true sixties style, it is a short album of eleven “single” length tracks, but therein lies its appeal. Some of these albums can go on too long. This one is a pleasant half an hour of nostalgia with a well known voice but a slightly different approach. The songs are all familar, but they are comparatively “reinvented” on this album and get a new, fresh appeal. The Beatles’ I’ll Follow The Sun is quite delightful and The Kinks’ Tired Of Waiting is a vibrant re-working. The Walker Brothers’ You’ve Got Your Troubles has an almost reggae backing and a wah-wah guitar such as was used on Bob Marley’s Catch A Fire.
The cover of

The Rolling Stones’ rarity, I’d Much Rather Be With The Girls, features The Ronettes, which is nice to hear. Tell Her No and Because are excellent too, the latter being one of the songs that actually does have a bit of a Ronettes feel. Sandie Shaw’s Girl Don’t Come mixes a sixties vibe with a shuffling, mysterious modern rock beat, and The Animals’ Don’t Let Me Misunderstood is energetic and enjoyable.
In fact it all is. Just a very enjoyable album. Yes, one can argue, as is always the case with these type of covers albums, that the originals are the only way to hear these songs, but I disagree. This album breathes a new, different life into these old songs. Simple thing is, you just can’t beat Ronnie’s voice, even at 72.