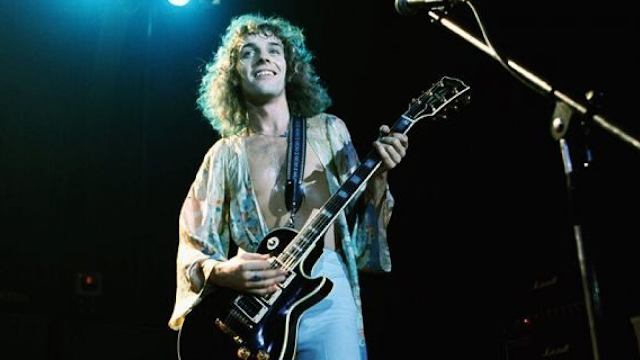 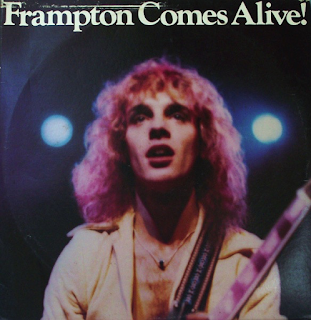 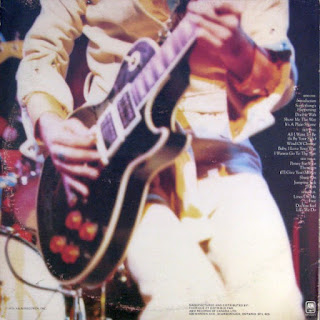 It was the broiling hot summer of 1976. An essential accompaniment to those roasting hot days was always the radio. One sound you were guaranteed to hear was the  "wah - wah/wah/wah/wah - wah" of Peter Frampton's unique "talk-box" sound enhancer intro to Show Me The Way. It was very much the radio song of that memorable summer. Similarly, every time I went into a record shop and flipped through the vinyl album sleeves, I would see Frampton's face from the album looking vaguely bemused and bug-eyed back at me, like a prettier Robert Plant. Who was he? I wondered at the time, where had he come from and why was he apparently so popular? The ecstatic crowd reaction at the opening to Show Me The Way and indeed throughout these US live recordings always perplexed me. It was the sort of audience reaction you may have expected for Led Zeppelin, The Rolling Stones, David Bowie or Queen, but Peter Frampton? Peter who? I just didn't get it, and still don't really.

Frampton had been in sixties band The Herd and had played guitar in Humble Pie. He had released four pretty unsuccessful solo albums, yet here he was laying down his immaculate brand of adult oriented West Coast rock before a seemingly worshipping US audience. They seemed to know every track too, I guess his albums had been more successful over there than in the UK. That didn't stop this album selling thousands in the UK too. All very odd. By the end of the year, punk had arrived and Frampton was forgotten , literally overnight. He resurfaced eleven years later playing guitar for David Bowie on his "Glass Spider" tour. 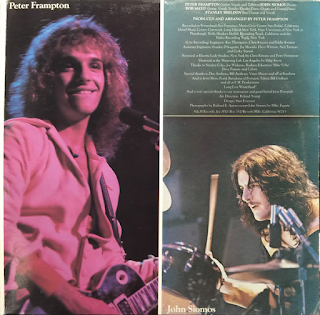 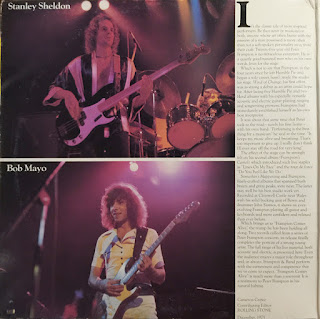 Somethin's Happening is a huge, riffy blockbuster of an opener. Solid seventies rock with hints of Free here and there. Frampton's soloes are superb on it. The funky riff of the aptly-titled Doobie Wah is pure Doobie Brothers, as is the vocal and the song's general West Coast ambience. Lines On My Face is a beautifully summer piece of laid-back AOR. The afore-mentioned Show Me The Way is now a classic of AOR drive-time summer afternoon playlists, along with Boston's More Than A Feeling and Fleetwood Mac's Go Your Own Way. You can't argue with it, though, it has a superb mid-seventies rock sound and those iconic talk box interjections. Close your eyes, it's 1976 again.

It's A Plain Shame is an upbeat, riffy rocker, sort of Bad Company meets Mott The Hoople with The Stones hanging around somewhere as well. The ballad Wind Of Change has some Led Zeppelin III-style acoustic guitar and more echoes of Free in its its construction. The evocative Just The Time Of Year ploughs the same Robert Plant-ish vocal furrow. Penny For Your Thoughts is a short Zep III acoustic doodle that gets a totally disproportionately enthusiastic audience reaction, while the acoustic vibe continues on All I Want To Be (Is By Your Side). It seemed many rock bands had this mid-set acoustic interlude, Zeppelin and Queen being two of the main exponents of it.

The bass and drums are back for the gentle, attractive Baby I Love Your Way, the album's other big hit. The ambience is still laid-back, though, despite the slightly more solid backing. Some Elton John vibes can be heard on the piano-driven and vibrant I Wanna Go To The Sun. It is nice to hear the rock back, to be honest. The powerful riffage continues on the slightly Who-sounding Nowhere's Too Far For My Baby. (I'll Give You) Money is a heavy rocker with huge, chunky riffs and a great solo. Do You Feel Like We Do is a fourteen minute monster of a seventies rocker, full of power and   indulgence. Excellent stuff. The talk box makes a re-appearance in the middle too.

Shine On and White Sugar are both rocking crowd pleasers as, unsurprisingly, is the cover of Jumpin' Jack Flash. While it keeps the riff, it slows the verses down somewhat to make it sound slightly different to the original. Days Dawning is another Doobie Brothers/Little Feat-sounding slightly bluesy/soulful number.

You know, apart from the well-known tracks I had never listened to this album properly. I actually missed out because it is a good album of its type. Perfect mid-seventies rock. The sound quality is excellent for a live recording too. Highly recommended for a bit of nostalgia.