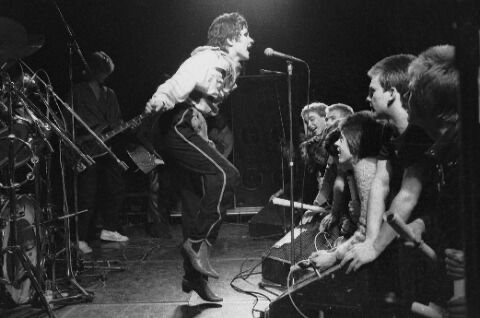 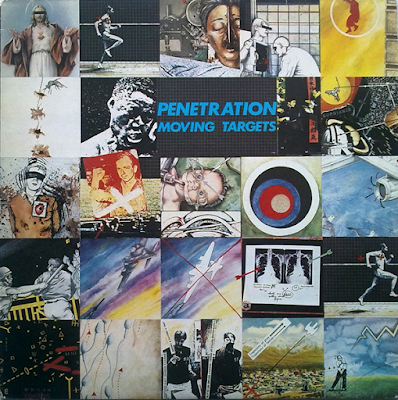 This is one of the last pure, first wave, punk albums, to be honest, released just as as many of the original punk bands were turning towards new wave and/or reggae crossover material. This is frenetic, harsh, tinny, riffy punk led by Pauline Murray's soaring, typically punk, rabble-rousing, wailing voice. It was also probably the last female-led punk album too. Siouxsie Sioux had already started to diversify into more sombre "post punk" by now. October 1978 was the month of The Jam's All Mod Cons and The Clash's Give 'Em Enough Rope, so, this album was, amazingly, already somewhat old hat. True punk really was short-lived. Listening to it now you can sort of understand why. Its short, sharp, buzzy and angry anthems were fine for one album, but not for much more, however edgy and wonderfully appealing they were in isolation.
The problem was for bands like this, Siouxsie & The Banshees, The Undertones, The Buzzcocks and Stiff Little Fingers was that it took them such a long time to finally get a record contract and get their debut album released. By the time they did, the luckier punks were already moving on, away from the typical punk sound. To be fair to Penetration, though, there are moments on the album when they attempt to experiment themselves and the album still sounds quite fresh and vibrant. It is, despite those moments, very much a punk album, it has to be said, and a very good one at that, much underrated. 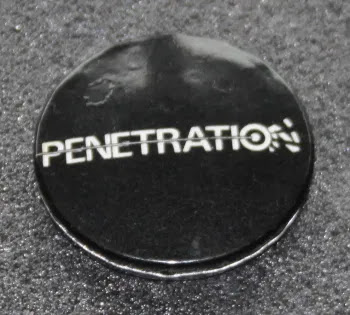 Future Daze is a rousing opener with raucous Siouxsie Sioux meets Patti Smith vocals from Pauline Murray. Life's A Gamble is a frantic, guitar-driven number but also relatively melodic with the vocals slightly less abrasive than on the previous track. It definitely grows on you.
Lover Of Outrage has more hints of Patti Smith about it, and more Siouxsie in the "set them free" refrain. It, like many of the tracks, also featured some excellent guitar soloing. Lead guitarist Fred Purser could play, that was for sure. It also has some catchy, quirky parts to it. It is certainly more than just your average punker.
Vision actually slows down the pace and finds the band going all mournful and post punk, for a while at least. Between the verses, some punkier guitar and drum parts come in, though. Murray's vocals are beguiling and the lyrics quasi-religious, again very much Siouxsie & The Banshees in mood. 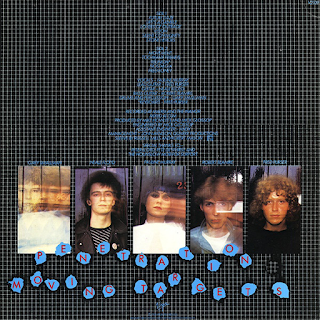 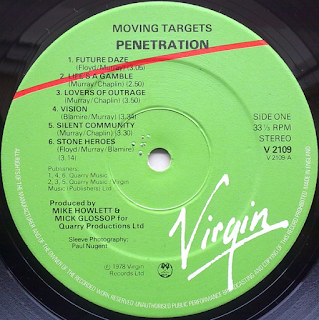 Silent Community is an excellent, brooding, industrial-sounding number. Stone Heroes is an exhilarating Siouxsie-ish punky romp, with solid riffs and rolling drums. It is solid punk from beginning to end.
Movement has an infectious opening riff to it and a strangely seductive vocal from Murray, with definite echoes of early Blondie in there.
Too Many Friends has tinges of the white reggae that was de rigeur at the time, and some mysterious instrumental breaks. It is quite an inventive number, with some captivating guitar and bass breaks that are almost psychedelic or, dare I say it, proggy, at times. 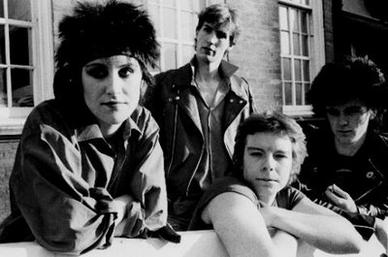 Reunion is another track that breaks the mould a little. It is a slow-paced, ghostly number that, while it does break into some chunky guitar parts, is basically quite an entrancing song that even sounds a bit like mid-seventies group Fox on its verses.
Nostalgia was a Buzzcocks song that was released on their Love Bites album only a month before. It sounds great in Pauline Murray's hands, her voice suiting it better than Pete Shelley's, in my opinion. They cover it really well, the guitar is excellent too. The final track on the original album was also a cover - Patti Smith's Free Money from her iconic 1975 album, Horses. Murray and her band do it superbly. It could have been written for them. Superb. It also shows just what a punk trailblazer Patti Smith was.

This is an excellent album of its genre. There are not too many albums around that really exemplify the spirit and sound of punk. This is certainly one of them.
** The album, by the way, did not include the barnstorming, pure punk single, Don't Dictate, which is included here as a bonus track. It is a song that should be included in all "classic punk playlists". Its 'b' side, Money Talks is a great breakneck punker too. V.I.P. is a corker too.
The final two bonus tracks, Firing Squad and Never are both exuberantly energetic. Put this album on for a nostalgic return to the heady days of 1978. 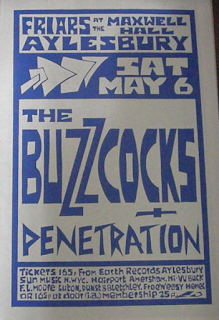 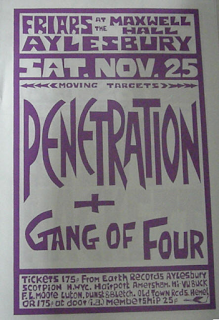 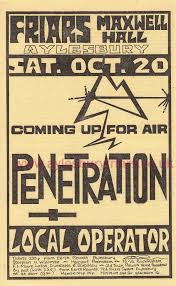 Penetration played my local music club, Friars, Aylesbury many times. For more info on their gigs there, check out https://www.aylesburyfriars.co.uk.

If you like Penetration, you may well enjoy these too :-
Email ThisBlogThis!Share to TwitterShare to FacebookShare to Pinterest