Orchestral Manoeuvres In The Dark 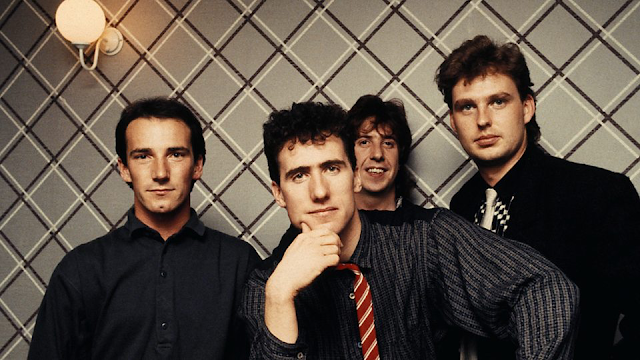 Orchestral Manoeuvres In The Dark (1980) 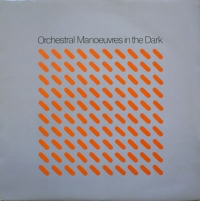 Unashamedly influenced by Kraftwerk, Neu! and Brian Eno, this debut album from Orchestral Manoeuvres In The Dark led the way in electronic, avant-garde post-punk music. Eschewing the industrial guitar backing of other post-punk groups like Joy Division, Public Image Ltd, Echo And The Bunnymen and Gang Of Four, they went firmly down the electro route - their sound full of synthesisers swirling all around, sonorously, over an insistent bass rhythm. A classic example is the pulsating, mysterious opener, Bunker Soldiers and also the bleak soundscape of Almost.

Mystereality borrows its parping saxophone sound from the first two Roxy Music albums, even Andy McCluskey's vocals seem styled on Bryan Ferry's haughty-sounding delivery. There is nothing commercial about this, in any way, it really is quite a credible album.
The one concession to jaunty commerciality would be the lively, tinkly keyboard riff-dominated Electricity. This left no-one in any doubt as to the electronic nature of the band's sound. a new type of music was certainly around to take over from punk and challenge new wave/ska. The song also has a big, rumbling bass line on it, countering the trebly keyboard riffs. The dour Electricity is very much a sonic symbol of early 1980. 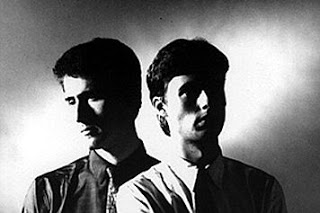 The Messerschmidt Twins is a grandiose, slow-burning song of the type that the group would specialise in over the next few years. It has a dignified, mysterious majesty to it. Considering most of this material had been recoded in 1978-79 it was quite ground-breaking for a UK group. Even the cover was artistically innovative.

Messages was also a single, although not particularly successful, but it is very atmospheric and melodic, again in a grandiose way. Julia's Song is a most addictive, bassy number, featuring some infectious percussion sounds.
Red Frame/White Light has that cinematic, spy-movie Teutonic feel about it, all very perplexing and spooky.
Dancing is a very Krautrock-influenced instrumental, with a few random vocals cropping up. Very Neu! or Can. Very innovative for the time.
Pretending To See The Future is a brooding closer, although the higher-pitched of the two vocals grate slightly.

This is an album definitely worthy of checking out. It tends to have slipped under the radar. The 2003 remastered version is excellent in its sound quality. It is autumn/winter music, though, not for a hot summer's day. 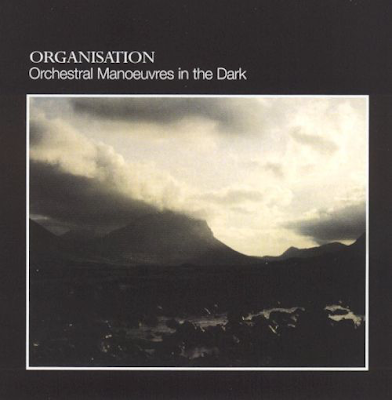 I remember coming back from a gig around 1980 on the tube (probably having seen The Jam or Elvis Costello) and seeing lots of fans get on having been to see Orchestral Manoeuvres In The Dark. I had never heard of them, despite the minor hit single Electricity from I later found to be their excellent debut album.

Within weeks, though, they had a big hit single with the now instantly recognisable Enola Gay, which tapped in to the contemporary paranoia about nuclear war. It was, considering its sombre subject matter, a catchy, upbeat single. It was little out of kilter with the remainder of the album, however, which was powerfully reflective in places, positively gloomy in others. 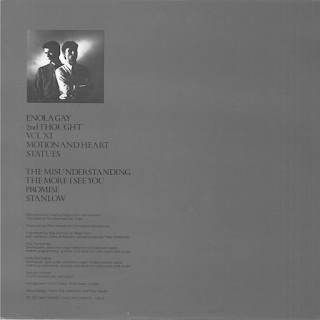 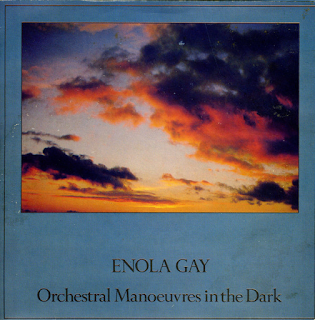 2nd Thought is very post-punk in its introspection and dour mood, but OMD never enhanced their sound with the industrial guitars of many other post-punk groups. It was electronic keyboards/synthesisers and thumping bass guitar all the way.
VCL XI is a classic example of this. It also has a late seventies David Bowie-ish sort of title (TVC15, V2 Schneider). This was OMD's last album before they became much more well-known and commercially more-successful. They were still getting away with some sprit of the age dourness on this one.

They try to up it a bit on Motion And Heart but it still sounds very sonorously Kraftwerk-influenced. Despite their up-to-date electronic innovatoriness (is that a word?) OMD's world is still one of desolate landscapes and industrial plants.

Statues is ghostly and sombre. a lot of people were expecting more Enola Gay-type tracks on this album. They didn't get them. It is actually quite a dark album (it seemed that so many of them were in the early eighties, maybe that's why the finery of New Romanticism was so successful). David Bowie's instrumental material of the late seventies had pointed the way towards tracks like The Misunderstanding with its dark, sombre intro. Like much of Kraftwerk's stuff, this is music for driving endless miles of motorway in winter dark. There is a Teutonic cold, aloofness to it. The album's cover reflects that too. This track is as gloomy as anything Joy Division did, actually.

Up next is a quite incongruous cover of Chris Montez's 1996 easy-listening pop hit The More I See You. It has a novelty appeal, I guess and it perfectly listenable but it just sounds odd. I have always wondered why early eighties post-punk/New Romantic UK vocalists had to sing in that haughty tone. Nobody did before, or since.
Promise returns to the downbeat nature of most of the album. Stanlow begins with some factory-sounding, insistent noises and is another mournful track.

The debut album was much more vibrant and intriguing than this one. This one had a pervading mood of misery, depression and dissatisfaction. Although it is a highly credible piece of work, they couldn't keep putting out material as low-key as this. They didn't. The next album saw considerable change. 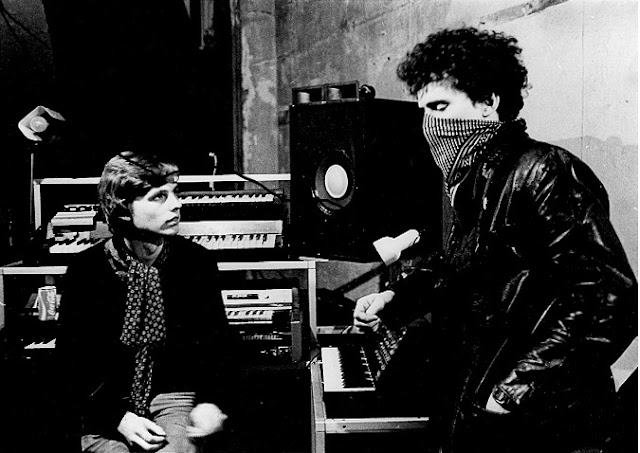 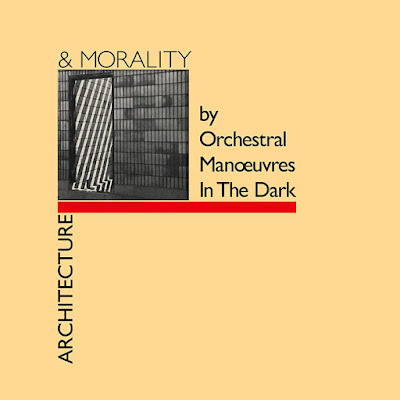 I remember buying this album in 1981, on the back of the singles and thinking that everyone else seemed to be loving all this synth pop stuff so I guess I should try too. I also recall playing it, being quite underwhelmed and went back to The Jam, The Clash and The Beat. I suppose it is now time for a reassessment, all these years later.

The album was the Liverpool group's most successful one and marked the height of their success. It was album of its time in its slightly pretentious choice of title too.

The New Stone Age begins with a veritable cacophony of frantically-strummed acoustic guitars and often discordant synthesiser breaks. It is neither commercial nor poppy and was very post punk noir (if that was indeed such a thing). To be honest, it is a bit of a racket.

A more melodic tone arrives in the synth and haughty vocals of She's Leaving, which exemplified early eighties synth pop perfectly. It sums up 1981 in a couple of minutes - The Human League, Ultravox and this. Listen to those keyboard breaks - so very nostalgic. Electro synth pop was never really my thing but I can't help liking this.

The album's first big hit single was the haunting, slow and dignified Souvenir, which is full of grandiose but essentially maudlin atmosphere. Once again, it is more the nostalgia it provokes than the song itself that does it for me, but I have to admit that it has something about it. It was a classy single and again is so representative of its era and genre.

Sealand is an extended synth-driven, evocative number with classical influences. At the time I thought it was dull and uninspired, preferring two tone ska or new wave. Now, I can appreciate its sombre beauty. The vocals don't arrive until nearly four of the track's nearly eight minutes. When they do, they are sad and ghostly. It is a fine track and, in the age of CD and digital, it provides a bleak introduction to the next two tracks (this didn't happen on the old vinyl format, when this ended 'side one').

Now we get the group's slightly mystifying Joan Of Arc obsession. I particularly loved the big hit single Joan Of Arc, which was as perfect a slice of electro synth pop as you could hope for - moving, melodic and intrinsically sad. It captivated me upon first hearing and still does. What a superb record. The vocals truly soar and it has as 'real' and stimulating a programmed drum sound as I have heard.

The follow up, Joan Of Arc (Maid Of Orleans), also concerned the fifteenth century Saint Joan (1412-1431) and, while not quite as instantly captivating as its predecessor was still awash with great instrumentation - ghostly synths and insistent drums as well as another moving vocal.

To continue, as an almost holy tribute to the martyr, we hear the moving instrumental strains of Architecture And Morality before, with a jaunty jolt, we go back to 1981 with the perky pop of Georgia.

The album ends with the beautiful, subtly rhythmic textures of The Beginning And The End. Once more, I have to reiterate that this is really good stuff and, apart from the first track, I have found that I really like all of the album.

I feel slightly regretful that I was too musically immature to fully appreciate this album back in 1981. Never mind, we live and learn, especially where music is concerned. 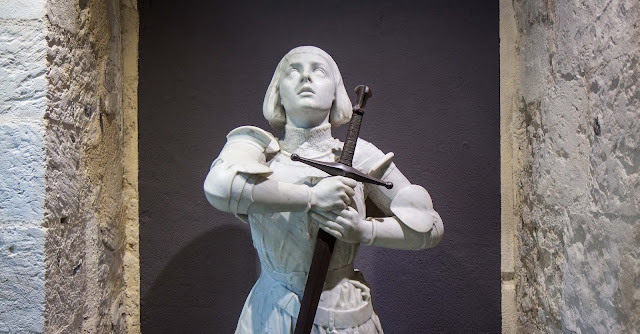