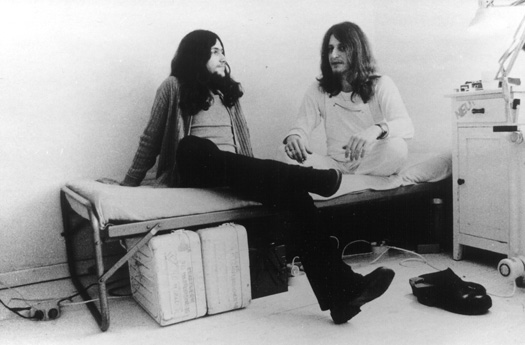 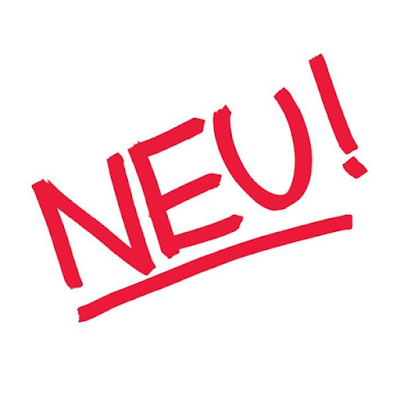 This was an incredibly ground-breaking album that changed the face not only of German rock, but started to influence so many other artists over so many subsequent years. The whole "Krautrock"/futuristic thing started with albums like this. David Bowie, an artist greatly influenced by this album, was still in his "glam" stage at this point. Joy Division were still at school. Brian Eno was no doubt taking notes.

Neu! were just two people - Michael Rother and Klaus Dinger. The music they made was quite remarkable.

Hallogallo has a totally addictive bass line that just keeps going, like a driving car, keeping a constant speed. It sounds completely delicious. Then there are those wah-wah-ish guitar interjections and the metronomic drum beat. A gentle keyboard-sounding piece of guitar comes in half way through. This is an incredibly ahead of its time piece of music, like nothing before, really. Its driving rhythms are extremely intoxicating. They just sweep you along.

Soderangebot is a more experimental, bleak ambient piece based around some strange noises. It doesn't have nearly as much appeal as Hallogallo, however, its atmosphere is considerably undercooked, unfortunately, for me.
Weissensee starts with a Five Years-style stately drum beat that underpins some gently wailing slide guitar. Half way through the guitar really kicks in with intent. The drum beat remains the same, keeping everything in check while the guitar runs free. I read someone say it was like "gazing out of a rain-smeared window". They are so right. In November. 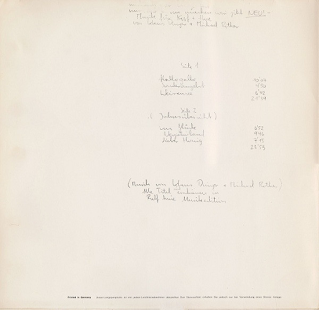 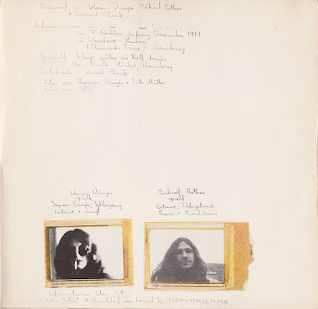 Im Glück sees a return to the ambient, sonorous soundscape of Soderangebot, complete with gurgling water noises that has many hints of David Bowie/Brian Eno's work on the second half of Low.
Negativland is full of industrial noises and some searing guitar over insistent, more urgent drums this time. U2 would be heavily influenced by this in the nineties period. Talking Heads on Fear Of Music too. It breaks out into some seriously Joy Division/Magazine-style riffage at one point too. The influences are almost too many to keep naming.
Lieber Honig is spoilt, unfortunately by tape hiss and some positively dreadful whining, incomprehensible vocals. It is pretty much unlistenable. That water sound is back too. For me, because of that, I stop listening after the end of Negativland, which still makes it an excellent piece of work, despite that.

Yes, one could argue that there is a monotony to this album, but if you let it enter your consciousness it is very enjoyable. 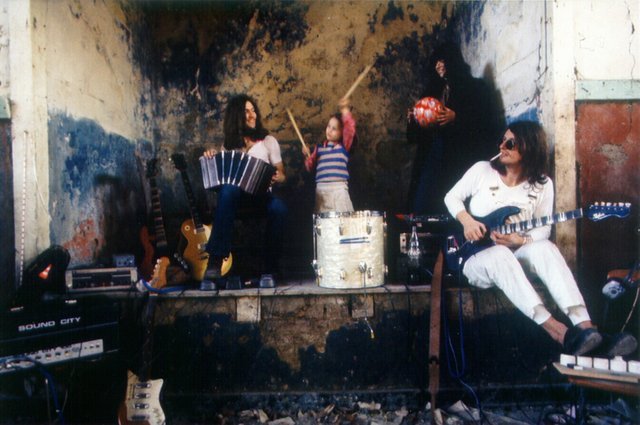 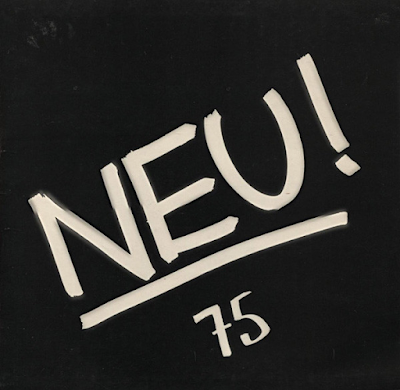 After a falling out, Klaus Dinger and Michael Rother reunited and produced a most interesting, enjoyable album of so-called krautrock. Despite the apparent tension between the two during the recording, you can't tell, and it is, for me, the most enjoyable of their albums.

Isi is one of the most catchy numbers Neu! ever did, full of infectious pounding drums that sound like a cross between glam rock and Booker T. & The MGs on Time Is Tight. It has a lively synth/keyboard rhythm that predates the new romantics by nearly seven years. Dinger was the rocker, apparently, Rother the one who preferred ambient sounds.
While Isi bears the hallmarks of Dinger, the next track, the moody Seeland, is clearly Rother's work. While a bleak work, it contains some beautiful bits of guitar and keyboard interplay and one heck of an atmosphere. Yes, it may be a sonorous, sonic industrial wasteland, but it is a beautiful one. There is perfection in its stark simplicity.

Leb' Wohl features a sparse piano, small bits of percussion and some sea noises. It is a cliché, now, to say that Brian Eno and David Bowie were influenced by this, but it does not make it untrue. They clearly were. There are snatches of Warszawa, from Bowie's Low in this. It drifts on effortlessly for over eight minutes but it washes over you like the waves used on its soundscape. 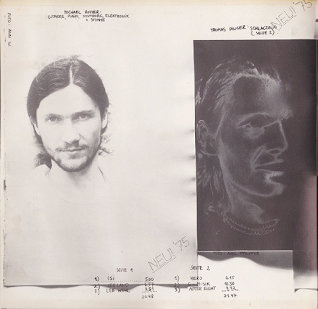 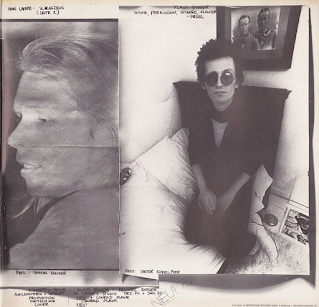 For the old "side two", Dinger's brother Thomas was added on percussion and Hero bursts into life sounding incredibly punky for 1975, with definite punk riffs, post punk keyboards and Johnny Rotten-esque vocals. It sounds like Public Image Ltd. Three years early. This was very influential stuff. Never mind bands at CBGB's, punk came as much from this sort of material.
E-Musik sees a return to the chugging Autobahn-style beat made famous by Kraftwerk, this time there is a Glitter Band sort of drum sound underpinning it throughout and a bit of guitar arrives after about six minutes before the track suddenly disappears into the ether of strange keyboard noises.

After Eight begins in superbly riffy style, with more punky drums and indistinct, occasional vocals. It is as if a New York Dolls track had been fed through a rudimentary computer and this is what came out.

Neu! pretty much disappeared after this album, reuniting for one more offering in the mid-eighties, but this was a high point to go out on. It has only been in later years, though, that its influence has been truly acknowledged. 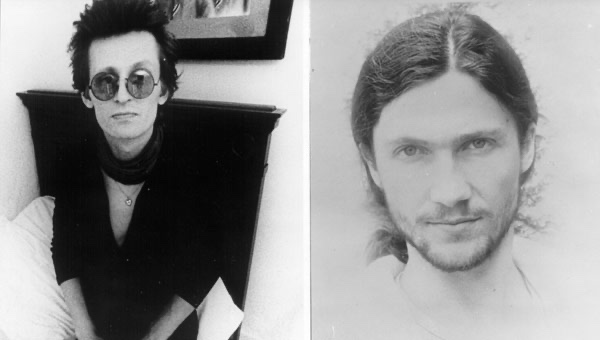