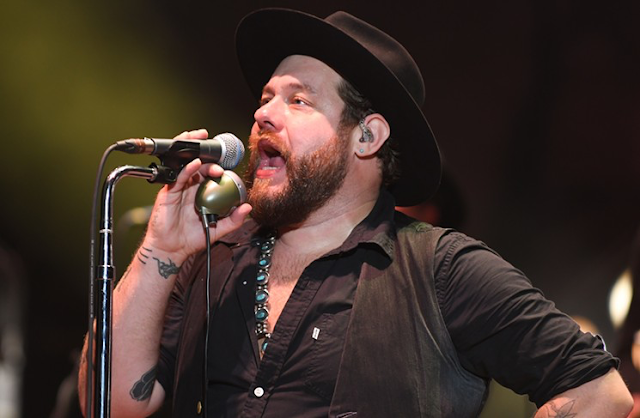 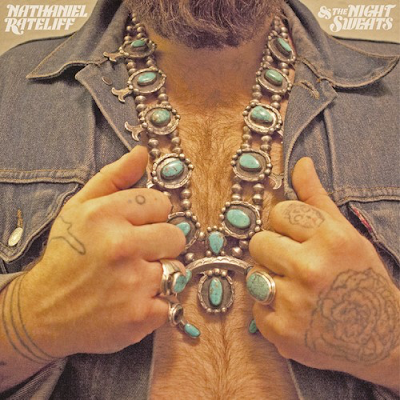 This is one of those albums that receives considerable critical acclaim and is deemed "cool" to be into by the cognoscenti. Nathaniel Rateliff appeared on the Jools Holland show too, which always adds to that impression that an artist is worthy of a listen - you know, Seasick Steve, and that other bearded bloke who plays the blues and the like. Who am I thinking of? Oh yes, Rag'n'Bone Man. Rateliff is also generously bearded too, as it would happen. He has been around since 2002 playing bluesy rock, but this album is one that broke him ti to getting the sort of critical credibility mentioned above. It was released on the legendary Stax Lebel too.

From the first notes, however, one realises that the hype is justified. This is a bit more than any run of the mill album. A totally infectious bass line leads in to the wonderful, vibrant I Need Never Get Old, some Southside Johnny-style brass kicks in from Rateliff's large band and then his warm, soulful voice adds its confident tones to what is a great opener.
Howling At Nothing is a marvellous Otis Redding-style soul thumper, with one hell of an addictive feel to it. Make no mistake this is great stuff. The quality continues with the muscular, pulsating Stax-y grind of Trying So Hard Not To To Know. Rateliff's voice is gruffly exhilarating on this bluesy, Southern soul slow burner.

I've Been Failing is another powerful, bassy number, featuring some honky-tonk barroom piano and another effortlessly soulful vocal from Rateliff. He has a Van Morrison-esque ability to sound ad hoc and almost live when singing, and he exudes a feeling of being in total control of his band. This song is probably his most obviously Morrison-influenced one (from the early seventies Celtic soul period).

S.O.B. starts with some sonorous, deep drums and gospelly handclaps before it literally breaks out like a bat out of hell before dropping down to the rhythm again and then is is back up again. A very unusual, inventive song. I have never really heard its like before. Yes, the music is revivalist in many ways, but in other ways it is quite unique.

Wasting Time has Rateliff channelling his inner Morrison again with an Almost Independence Day-style insistent backing drum beat, some killer country steel guitar and a seriously good vocal.
Thank You is a bit repetitive, but has a catchy mid-tempo soulful beat. Look It Here has such a Southside Johnny-influenced horn intro. It just rises up and lifts the spirits. A pounding Stax bass rhythm and swirling organ adds to the appeal of this corker of a track.
Shake is a delicious slice of swampy blues. I'd Be Waiting has a late-night jazzy feel to it. Mellow Out is a fetching, catchy soully number to end on. What a great album. 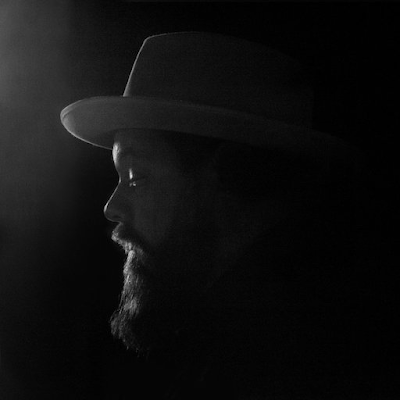 After a truly excellent first album from his Night Sweats band (he had released other earlier albums but not with this band), generously-bearded Nathaniel Rateliff returns with another dose of horn-driven, bluesy, original r'n'b rock. Rateliff had been releasing Americana-style rock for about ten years before reinventing himself with this large ensemble as a 1960s soul revivalist. This made him "credible" and he became one of the artists people like to name-drop and say they saw live, and so on. His albums are excellent, though, although you get the impression that he is one of those Springsteen, Southside Johnny-type artists who are infinitely better on stage, coming alive in away they just do not so much in the studio. (On the cover he looks like a Mennonite elder as opposed to a soul rocker, though).

The opener, Shoe Boot, is a slow-tempo, almost funky slow burner, with echoes of Little Feat all over it. Be There has some authentic Memphis, Stax-sounding horns, while A Little Honey has a an infectious rhythm and a genuinely soulful vocal from Rateliff, who, it has to be said, has a great soul voice.
Say It Louder is just sumptuous, with a delicious Steve Cropper-influenced guitar backing and an irresistible Atlantic/Stax soul feel to it. This is the sound that Steven Van Zandt and The Disciples of Soul tried to achieve back in 1983. Rateliff does it even better, with a fuller, bassier sound.

Babe I Know is very much early early seventies Morrison, right down to every small vocal inflection. Throw a bit of Sam Cooke in there too. Intro is a huge, thumper of a track. Seriously good stuff. Check out the organ break. Those horns too - wow.

Those horns rise up again on Coolin' Out. Some killer guitar on this one too. Baby I Lost My Way (But I'm Going Home) has an infectious groove to it as indeed does the rumbling, bassy You Worry Me. Van Morrison's influence is back, big time, all over Still Out The Running, with real echoes of Madame George on the vocal delivery, and Daring Night too.
Tearing At The Seams ends the album and actually is probably the most unremarkable of the songs on there. Overall, however, this is another highly recommended album. 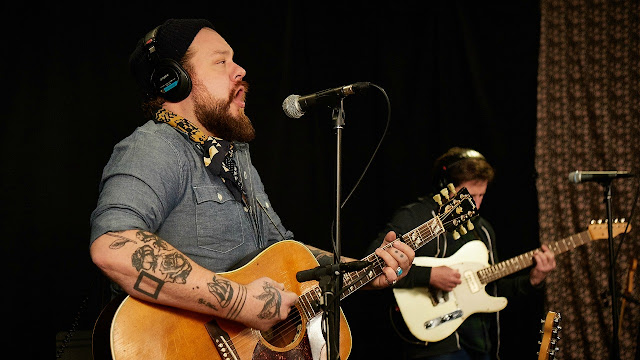