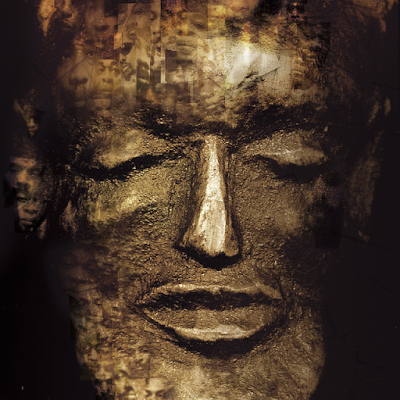 True Rasta/Judgement Day/Cover Up/Jah How Long/Almighty (The Way)/Dance Hall Babylon/On The Road/Follow Fashion/Ireation/New Day/Dreadful Dread/Musi-O-Tunya/Man Kind/Ghetto Of The City
Misty In Roots were a multi-member “collective” founded in London in 1979 and had a few albums released with a moderate amount of success. Unfortunately, these albums seem to be pretty impossible to get hold of these days. The band seemed to be more of a live band than a studio one for many years, preferring to just play their music live. This album was a “comeback album” from 2002 - twelve years after their previous outing.

True Rasta starts the album as it is to continue - rootsy rhythms, vibrant horns, swirling organ, toe-tapping drums and percussion and a light, harmonious lead vocal. The usual roots Rasta conceits are all here - grave warnings of Judgement Day and the like. Roots albums all carry the same message, to be honest, but it doesn’t really matter, it is just the groove that carries it along. 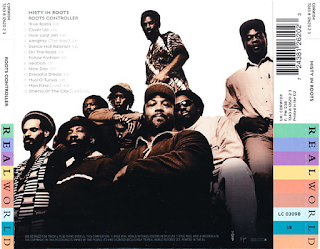 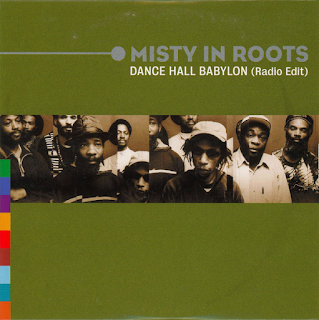 Cover Up is an anti-racist number, referencing the murder of Stephen Lawrence. It has meaningful lyrics and a vaguely James Bond Theme-ish brass riff. The whole track has a hypnotic vibe of superb percussion, “riddim”, punchy horns and exceptionally tuneful vocals. Great stuff. It is like a throwback to the glory days of roots reggae of 1975-1976 but with a contemporary vitality and instrumental experimentation - electric guitar, saxophone and sound effects.
Jah How Long is a regulation devotional song but, as with the whole album, it is lifted by an immaculate instrumental and vocal delivery. Almighty (The Way) follows the same holy path. This really is a very devout album.

Dance Hall Babylon has a cool, laid-back light, airy but rootsy groove with some nice horn riffs and an attractive vocal. It finishes with a wonderful bit of saxophone. Despite its chilled out rhythm, it is a condemnation of the posturing, macho dancehall culture.
On The Road is another deliciously relaxing summery groove. Follow Fashion is a lengthy nonchalantly carefree number that just sort of washes over you. Perfect for a summer’s evening. Some sumptuous saxophone on here.
Ireation is a shuffling, danceable (in a slow way) Rasta slow skank. Once again, mesmerising reggae drums abound. Great stereo separation on the mastering as well.
New Day has an upbeat, punchy brass intro and some muffled, mournful vocals. The musicianship is magnificent. Who are they? They are so good, yet there is such a dearth of recorded material from them.

The last few tracks are more of the same. The quality doesn’t let up, really. The last two tracks are impressive live cuts. This is a quite remarkable album considering it is pretty much the only release around. If you like melodic roots reggae you will love this.