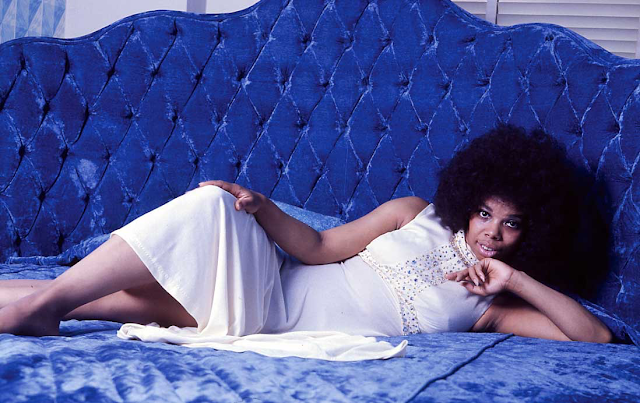 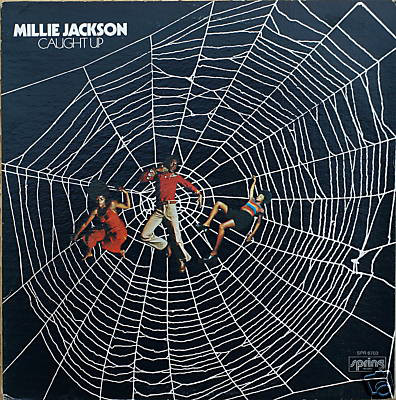 There was a trend, in the early to mid-seventies, for female US soul singers to deliver “strong but wronged woman” songs, often sung from the point of view of a woman who is having an affair, or sometimes from that of the woman having the affair. Ann Peebles and Betty Wright were two examples of this. Millie Jackson took things one step further with this unique soul album. She sang the first half of it in the part of a mistress having an affair with a married man, and the second half as that man’s wronged wife. The album was also quite ground-breaking in that used the spoken “rap” form (not the rap of later years) where Millie would speak over a slow backing, Isaac Hayes-style, in between vocally sung songs. Her delivery is often somewhat fruity, so to speak. She doesn’t leave anything to the imagination. There is a real character to her voice too, giving the album a supremely soulful feeling. The backing is big and powerful as well - great horns, drums, strings and organ.

So, there was a running narrative to this album. The most well-known of the songs are the sumptuously soulful groove of If Loving You Is Wrong, I Don’t Want To Be Right, covered successfully a few years later by Rod Stewart; and an excellent cover of Bobby Womack’s I’m Through Trying To Prove My Love To You, which, although a cover version, fits the concept perfectly, coming near the end of the album's story. Millie's voice is so beautifully deep and expressive on these tracks - you really feel like she means it. The bit where the opening track merges into the deep bassy spoken and gentle wah-wah backed passage of The Rap is just superbly atmospheric. Check out the bit where Millie speaks of the in-laws coming to visit in the holiday period and how her lover has to play happy families. You can feel her cynicism bristling all over the place. This is soul with an embittered edge. When Millie goes home, though, "I don't have to wash nobody's funky drawers but my own". Basically, despite her frustrations at the situation, she is having her cake and eating it.
She gets more punchy on the buzzy, upbeat brassy funk of all I Want Is A Fighting Chance as she confronts her lover's wife. She is never far from self-pity, though, and this arrives on the soul-searching slow and heartfelt number, I'm Tired Of Hiding. Millie's had enough by now.
Also impressive is the short but incredibly funky burst of the irked but resigned theme of It's All Over But The Shouting. It showed that Millie could funk it up as well as deliver a passionate ballad. The horns, drums and funky bass rhythm are all excellent here.
So Easy Going, So Hard Coming Back sees a sad Millie laying her heart bare to her lover, once again most soulfully.

My favourite track has always been Jackson’s cover of Bobby Goldboro’s evocative hit Summer (The First Time). It is the final track on the album and sits slightly incongruously with the rest of the tracks and their place within the concept. It is the tale of a young girl “becoming a woman” to an older man, something that doesn’t fit with either the woman having the affair, or the wronged wife. It could, just, be the latter thinking back to her joyous younger days. I think that is how Jackson intended it to be used. Either way, it is a supreme vocal performance, although I have always preferred Goldsboro’s original for pure atmosphere.

As I said earlier, the backing music is of the highest quality and Jackson’s vocals are effortlessly impressive. The saucy whatever could sing, that was for sure. This was one of soul music's finest seventies albums. 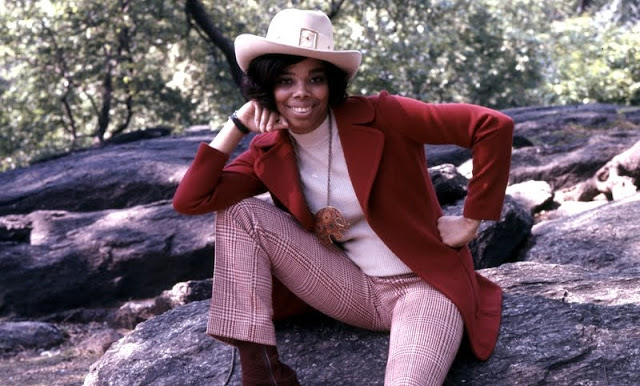 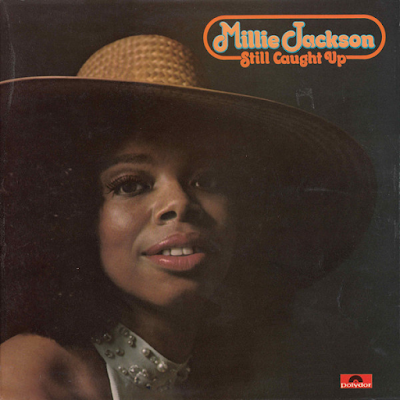 Loving Arms/Making The Best Of A Bad Situation/The Memory Of A Wife/Tell Her It's Over/Do What Makes You Satisfied/You Can't Stand The Thought Of Another Man Loving Me/Leftovers/I Still Love You (You Still Love Me)
Following on from 1974's concept album of backbiting, recriminations, infidelity and jealousy, Caught Up, which had Millie Jackson singing first in the role of mistress on side one, then as the wronged wife on side two, here she reverses the situation, the wife begins the album, the mistress ends it. It is easily the equal of the first album, if not its superior, crammed full of soul and passion and a fantastic sound quality. Jackson's voice throughout is simply superb.

Loving Arms is a superb, mega-soulful, kick posterior, emotional opener. It is one of those tracks that, for some reason, is doctored to make it sound like it is a live track, which it was not.
Making The Best Of A Bad Situation is another excellent soul ballad, with the wife getting on with it, despite her no-good husband still having his affair.
The Memory Of A Wife, is a thumping, punchy attempt by the wife to tell the mistress of her good pints and what a great wife she has been to her feckless husband. The wife's last stand is on Tell Her It's Over, telling her husband to tell his mistress he is coming back to his family.

Do What Makes You Satisfied has Millie singing as the man's mistress, saying goodbye to him as he has told her he is returning to his wife. She gets her own back by taunting him on the funky and brassy You Can't Stand The Thought Of Another Man Loving Me.
Leftovers has the mistress and the man arguing with each other over a funky beat, then the wife joins in. Despite the situation, with its potential to amuse, the song develops into a down 'n' dirty soul cooker when Jackson's vocals come in. Now he's gone and poor old Millie (I always saw her as the mistress) left alone on the moving, string, backed soul of I Still Love You (You Still Love Me). Finally, she seems to have ended up on a psychiatric ward as your hear her screaming and an orderly calling "nurse" and addressing the character as "Miss Jackson". It is an amusing end to an enjoyable album.

** A quality bonus track is How Can I Make Sweet Love To You (If You Won't Stand Still), which expresses her frustration with her unreliable lover over a solid brass and funk beat.

Never mind the entertainment of the story of this album, Millie Jackson has a truly wonderful, powerful, expressive soul voice. One of the very best. This is one of the mid-seventies' superior soul offerings. 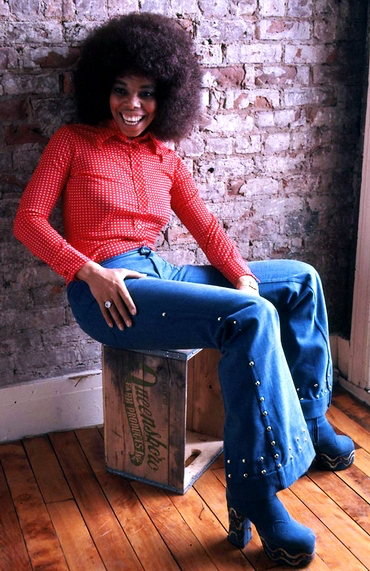 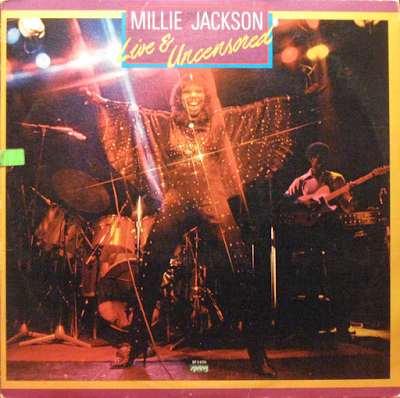 This is an enjoyable live double album, featuring 32 tracks (that is why I haven’t written them all down). Millie’s band is top notch and she gets into regular, extended grooves where she rants about several issues - feckless men, self-satisfied women, soap operas and, of course, marital infidelity. She overdoes it on a few occasions,  and there is a certain datedness to some of the comment, but largely it is all enjoyably amusing. It must not be forgotten that Jackson was a great soul singer and proves it not only on her classics like If Loving You Is Wrong (I Don’t Want To Be Right) and All The Way Lover but also on excellent cover versions of The Delfonics’ Didn’t I Blow Your Mind, Toto’s Hold The Line, Lionel Richie’s Still, Philip Mitchell’s It Hurts So Good and Rod Stewart’s Da Ya Think I’m Sexy and Passion.

Listening to the whole lot is probably not something I do many times, but dipping into it periodically is always pleasurable.