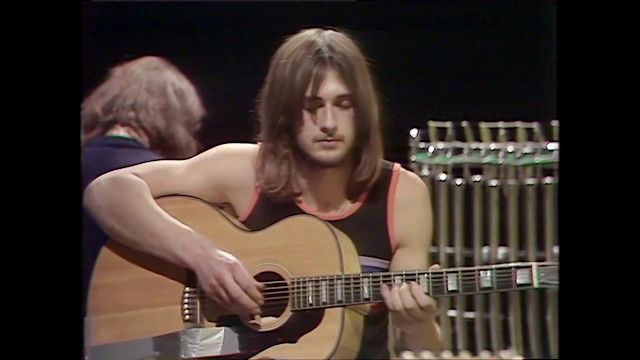 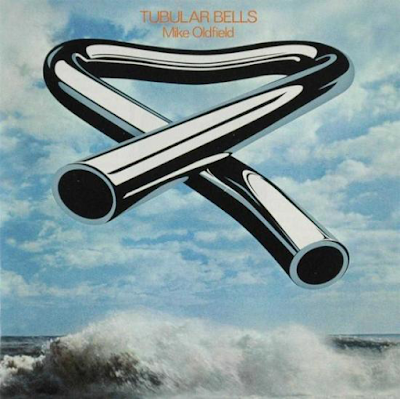 This is such a well-known album that is is pretty difficult to offer any really constructive comment on it that hasn’t been said already. Basically, a young multi-musician in the twenty year-old Mike Oldfield had been playing with several other musicians and producers for several years previously. The nervous, awkward teenager won the respect of the older musicians and two of the producers introduced him to meet a young Richard Branson, who had just bought their recording studio in Oxfordshire. Branson was interesting in creating a record label ad releasing some material and didn’t seem to mind that Oldfield’s proposed album consisted of two extended instrumental workouts with little to no vocals. Thus, the Virgin Records story began and the label’s first release turned in to this multi-million seller.

Oldfield pretty much plays everything on the two pieces (one on each side of the original album) and, whatever you may think of the music, or indeed the whole concept of it, you have to admit that it was a remarkable achievement from someone so young. Quite phenomenal in fact.

In 1973, upon the album’s release and subsequent stratospheric rise in popularity, I hated it. I hated the boys at my school who carried the album around under their arms like a badge of pride, bleating on about the bit where some vocals are played backwards - “that’s the devil talking backwards - wow!”, they enthusiastically told anyone still awake enough to listen. Actually, it was a frustrated, drunken Oldfield howling into the microphone. I was into Mott The Hoople, David Bowie, Roxy Music, reggae and soul. The last thing I wanted to listen to or know anything about was this pretentious pile of guff. However, the many intervening years have seen my attitudes mellow (as indeed they have towards Pink Floyd and Deep Purple). Why, I even listen to Dark Side Of The Moon occasionally, too. 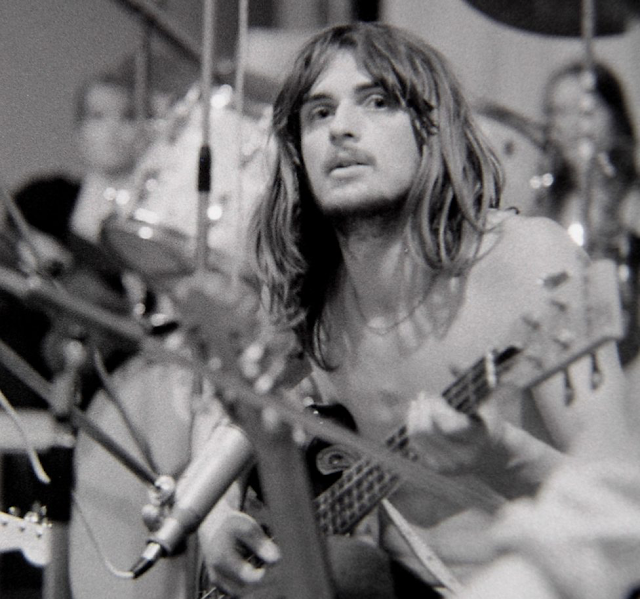 It is an intriguing, beguiling and interesting listen every now and again (although I prefer Hergest Ridge and Ommadawn, to be honest). I always love that iconic passage that they used in the film The Exorcist, and you simply can’t beat the Vivian Stanshall introduction of all the instruments that closes Opus One. Also, the Sailors’ Hornpipe bit that strangely and incongruously comes at the end of Opus Two has always been enjoyable for me.


I get this out every few years or so, listen to it and enjoy it. Yes I was a punk, but so what. 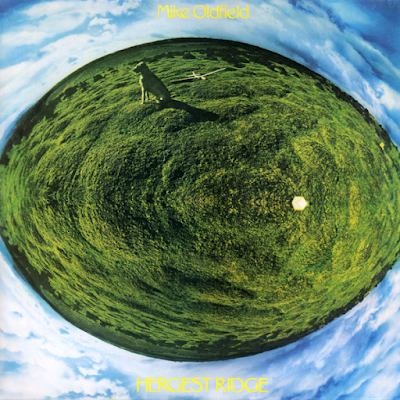 This was the much awaited follow-up to the unique, multi-million selling Tubular Bells and, for many, it was an underwhelming disappointment. Not for me. In many was I find it the more appealing album. It has a quiet, understated pastoral dignity to it, without the hammy instrument introductions of its redoubtable predecessor.

It follows the same pattern as Bells in that is comprised of two separate movements, packed full of all sorts of instruments, often layered over each other as in the case of a lot of the guitars. About seven minutes in to Part One is some beautiful Spanish guitar followed by some sublime woodwind (oboe?). It all sounds most relaxing laid-back and bucolic, like "summer" in Vivaldi's Four Seasons.
There is a quiet grandeur to it - an almost baroque beauty - and it is this that warms me to the album over Tubular Bells. I feel that it has many hidden depths. Compared to Bells, there are nowhere near as many distinct changes of pace, thus maintaining far more of the same ambience throughout.
It takes twelve minutes into Part One for a clear change to arrive. Even then, it soon reverts to a constant groove, featuring some excellent lead electric guitar. Then we get some deep voice choral vocals. The voice sections are peaceful and relaxing, though, as is the gentle guitar beneath them. It is all very ambient.
Right at the end of this first part, however, Oldfield can't resist a quick burst of those good old tubular bells, before the movement quietly reaches its conclusion.

Part Two is similarly reflective in mood. Some delicious bits of glockenspiel enhance the opening minutes, augmented by more addictive guitar. I love the feel and sounds of this movement. At 2:40 some sumptuous guitar arrives and this is soon given some mysterious-sounding vocals over the top of it. They sound a bit incomprehensible, though, a bit like those used by David Bowie on Low.
Then a bit of mandolin is introduced before a bit of classical-sounding organ. Although Part Two changes a lot more (comparatively) than Part One, the changes are not clashing, they do not break the mood or the spell. It still retains its slow, stately feeling.
Half way through features some nice woodwind, followed by some bagpipe-sounding guitars before we arrive at the album's most progressive, organ-driven "heavy" section. Here Greenslade meets Deep Purple organ as it interplays with some madcap, swirling guitar. It is the one section where the peaceful feeling of 75% of the album is broken for several minutes. For some, it is "about time too". Me, I prefer the sleepiness of Part One and the first half of Part Two.
The last couple of minutes see the pace drop and more vocals arrive over a mandolin backing to see the project to its close.

** The two extra short tracks included are the jaunty, irresistible Christmas instrumental In Dulci Jubilo, which was a huge hit and is now a seasonal staple and the attractive, guitar-led Spanish Tune.

Personally, for some reason, I tend to play this album on hot summer mornings as opposed to during other seasons. Not sure why, must be something about its aura. 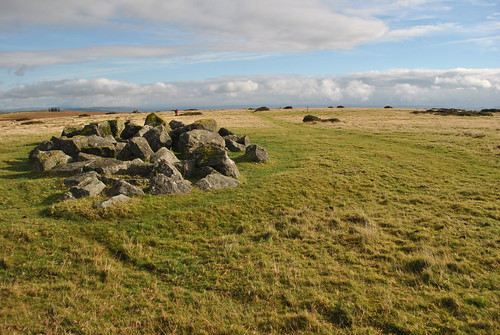 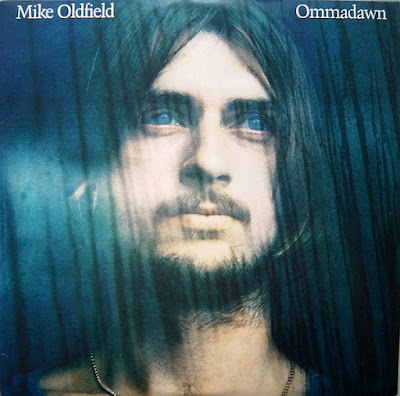 This was Mike Oldfield's third offering and it is one of his most attractive, albeit very short one, at only thirty-six minutes.

Part One begins with some relaxing ambient sounds, backed by an understated choir, including some gentle percussion rhythms, onto hornpipe-ish jigging, until after around twelve minutes or so, some infectious African drums arrive, together with a welcome deep, bassy sound, the like of which had not been really heard on a previous Oldfield album.

This delving into world music is a nice deviation from earlier compositions and it gives Ommadawn a chunkier, bassier sound.

Part Two utilises Irish-Celtic sounds as guest musician Paddy Moloney plays the Uilleann pipes most evocatively. Once gain, there is a really nice depth to the bass sound on here.

The final section of this part goes all folky with a jig-style piece of lively music that morphs into the tranquil, equally bucolic nirvana of On Horseback, which was released as a single. It features Oldfield talking wistfully about the pleasures of riding on a "big brown beastie" with a "big brown face". It is really rather nice and brings back very nostalgic feelings from when it was released.

Also released as a single was the non-album track, the jaunty sailor's hornpipe, Portsmouth, and the wonderful Christmas instrumental, In Dulci Jubilo, with its magnificent, irrepressible guitar soloing. Incidentally, the latest remixed version of the album gives by far the richer, warmer sound. 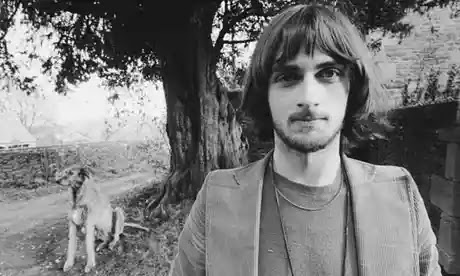