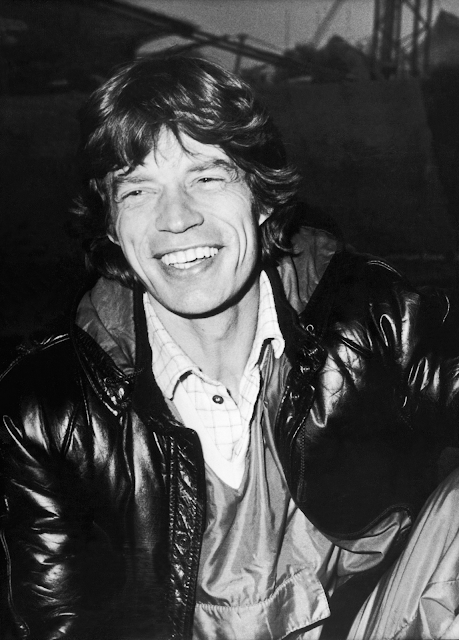 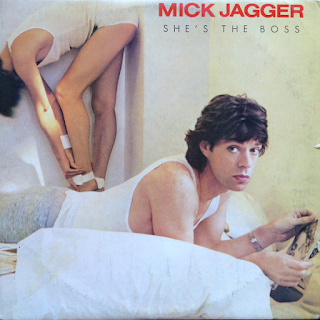 This was Mick Jagger's first solo album, coming out in the middle of The Stones lowest period. Basically, give or take a few synthesisers, it is made up of the sort of material that Jagger would contribute to Stones albums in the eighties. Stick this on with Keith Richards' 1988 Talk Is Cheap, put it on "shuffle" and you have yourself an eighties Stones album. Many of Jagger's friends appear on the album - Nile Rodgers, Peter Townshend, Jeff Beck, Herbie Hancock, Ray Cooper, Sly Dunbar,  Robbie Shakespeare and Chuck Leavell. The musicianship is obviously quality, but it is still very "eighties". For that reason, I don't listen to it too often, I have to admit. It has that feeling of being "just another eighties album".

Lonely At The Top is a very 1985-sounding rocker, with the obligatory synthesiser riffs and a hint of Footloose about it. As with all the material on this album, it sounds Stonesy in that Jagger is singing, but with a bit more of a poppy, polished, some would say soulless production. 1/2 A Loaf could easily have come from Dirty Work from the following year. It has that mid-pace, seductive Jagger-rock sound to it. Running Out Of Luck is a slightly unmemorable eighties chugger, with a vaguely funky beat. Turn The Girl Loose has an infectious beat, but again there is too much synthesiser, the blight of all albums from this period. Jagger's vocal is in the Undercover album vein. I can't really describe it, sort of quirky, hiccupy, semi-slurred in places. You know it when you hear it. 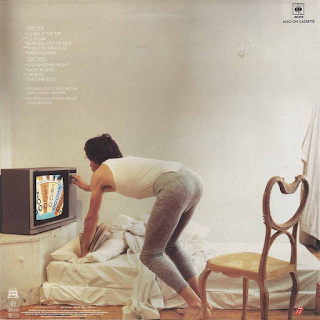 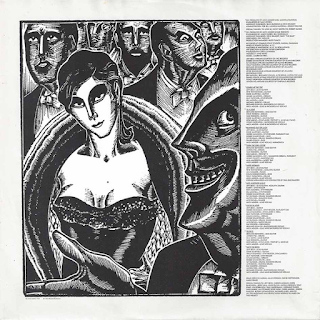 Hard Woman is one of those seductive Jagger rock ballads that appeared during this period and were still turning up on Stones albums twenty years later on A Bigger Bang (I'm thinking of Streets Of Love). The song has a sort of Jagger-ish majesty about it though. Just Another Night is a catchy number but once more is very much of its time. The problem with songs like this is that I feel they would have been so much better with a full-on Stones backing.

Lucky In Love has a welcome bassy thump to it and is one of the album's better tracks. It is probably my favourite on here. Secrets has a poppy but dance-ish feel to it, as indeed does most of the album. It is actually quite an appealing number. She's The Boss has an eighties disco riff and a sort of Talking Heads feel to it in the chorus and funky-ish parts.

I have summed up this album pretty much in the earlier paragraphs. It is ok, but it rarely gets a play. That must tell you something. 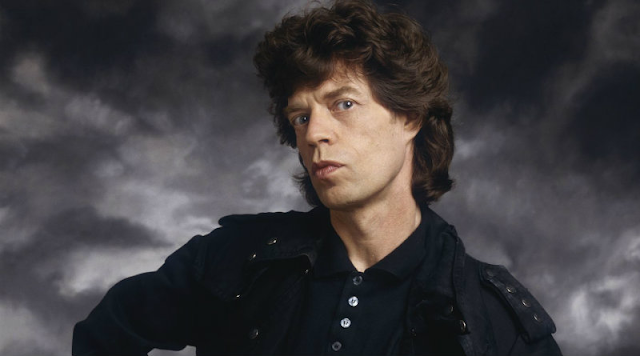 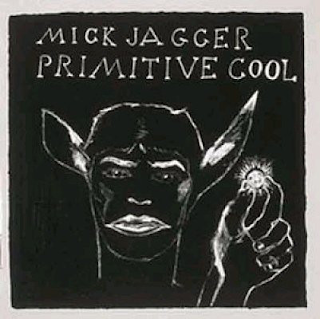 This is one of two not promising things - first it is an eighties album by an established rock performer and it falls victim to the synthesised curse of that era; secondly it is a Rolling Stones solo album produced during the time when the group were at their lowest ebb. However, like Keith Richards' Talk Is Cheap from the following year, it is not bad and probably superior to The Stones' output from that period. Take the best tracks from this and Talk Is Cheap and you would have a good Stones album. The very future of The Stones was in doubt at this time, so this was a genuine, concerted effort to launch Jagger's career as a solo artist. It is a reasonable effort, too.

Three of the songs were written with The Eurythmics' Dave Stewart, otherwise the album is written by Jagger. 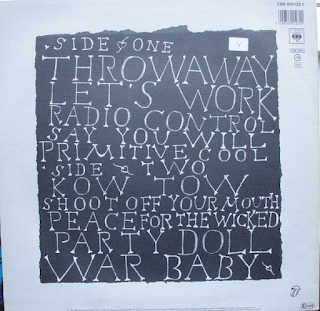 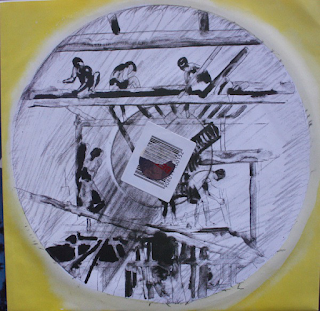 Throwaway starts with a typical eighties programmed drum intro before it rocks into a riffy, appealing track with hints of Bruce Springsteen's material on Born In The USA. It is perfectly ok, and would certainly have been more than acceptable on The Stones' Dirty Work or Steel Wheels. Let's Work is one of those strange songs where millionaire Jagger urges everyone to get off their backsides and "work", rather like Hang Fire. It suited the "Wall Street"-inspired "greed is good" mantra from the same year. While catchy (it sounds like the backing for an aerobics class), its sentiments are questionable. Radio Control has a huge chunky riff and a convincing vocal. I quite like its power and bludgeoning attack.

Say You Will is a laid-back mid-pace rock number of the sort The Stones would do a lot in the nineties. It borrows the synthesiser riff from Springsteen's Glory Days. Primitive Cool is very much an archetypal late eighties rock song with big synth breaks. It is enlivened by an evocative saxophone. Kow Tow is Jagger's How Do You Sleep moment as he sourly addresses Keith Richards as "a snake in the grass". It is obviously a song of emotional importance to Jagger, but it comes across, as these sort of songs tend to, as a bit bitter and indulgent. Shoot Off Your Mouth continues down the same road, but without as good a tune. Time to let it go, eh, Mick?

Peace For The Wicked is a nineties-era slightly funky Stonesy groove with Jagger's voice at his most pronounced and leery. It is one of the best of the album's tracks, a bit ahead of its time. I really like it. Party Doll is a country-ish slow burner (covered by Mary Chapin Carpenter). It has Jagger giving us his best cod-country accent - "howonkaay-towwonk..." and the backing features some Irish-sounding pipes. It is another great track. War Baby is an evocative, excellent song. Those pipes appear again. Material like this is more sensitive than a lot of his Rolling Stones material. It is one of Jagger's best compositions.

I much prefer this to the over-synth-dominated She's The Boss. This is a pretty good album, it has to be said. 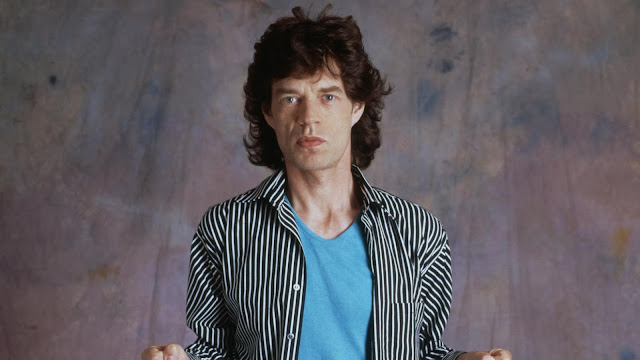 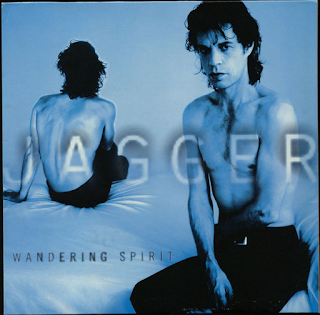 Before The Rolling Stones' Voodoo Lounge, Mick Jagger released this, which many say is the best of his solo albums. They may have a case. It entertains a variety of styles but it was released in the days when, because a CD allowed at least seventy minutes of music, it would be packed with tracks. Value for money, I guess, but sometimes I much prefer a seventies-style forty minute offering. While good, it does go on maybe three tracks too long. Credit must be given to Jagger for writing nearly all the material on here as well. It has a verve and ebullience that maybe some of The Stones' late eighties material lacked.

Like Keith Richards albums, however, take the best tracks from both and mix them together and you would actually have better albums, possibly, than the Stones put out around the same time. 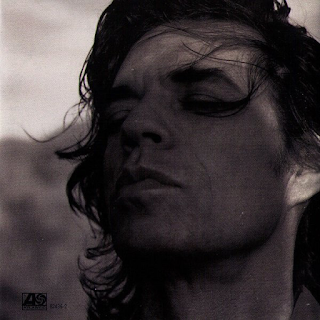 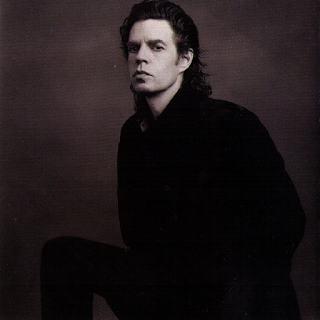 Wired All Night is a Stonesy (yes some of the tracks are), upbeat and solid rocking opener. Jagger's voice is sounding committed and strong. This could easily have been on Voodoo Lounge. Sweet Thing was criticised by some for Jagger's high-pitched voice and its cod-disco rhythm, but I have to say I quite like it. It is a funky number in the Fingerprint File/Dance, Pt. 1 style. It is full of sleazy atmosphere. Out Of Focus has an odd, gospelly-piano intro before it launches into a mightily catchy number. It has a searing guitar solo in it too. It is a catchy, enjoyable track. Don't Tear Me Up is a typical mid-pace Jagger-written Stones song, both in its sound and his vocal. Put Me In The Trash is in the same vein, but faster and riffier, almost as if Keith was there. The "oo-eee" backing vocals sound like one of the tracks on one of Keith's solo albums (I can't remember which one).

Mick's cover of Bill Withers' Use Me is as funky as the original. His voice suits it. Mick has always liked a cod-country tearjerker where he can use his awful country accent. He does just this on Evening Gown. I still like it, though, bizarrely. The muscular Stonesy rock returns, however, on Mother Of A Man. Think is an excellent, staccato, slightly contemporary-sounding rocker. It was a 1957 hit for an artist called Lowman Pauling. No? Me neither. Time for some blues, maybe, now? Indeed, we get some, albeit very upbeat, on the Americana-influenced and lively Wandering Spirit. It bursts out into a rocky, rousing beat half way through.

Hang On To Me Tonight is another appealing, very typically Jagger-sounding number, with a fetching vocal and lovely deep bass line. Not forgetting a killer harmonica solo. The quirky I've Been Lonely For So Long reminds me, for some reason, of a Ringo Starr solo song. Something about the self-deprecating lyrics maybe. A bit like The Stones' Bridges To Babylon would do in a few years' time, the album ends with two slower, different tracks. Firstly Angel In My Heart is a solemn ballad, backed by sweeping strings and that harpsichord sound The Stones used to use in the sixties. Handsome Molly sees Jagger going traditional Irish folk, an unusual move.

As I said earlier, the album is probably a few tracks too long, but let that not detract from the fact that is a very enjoyable album. 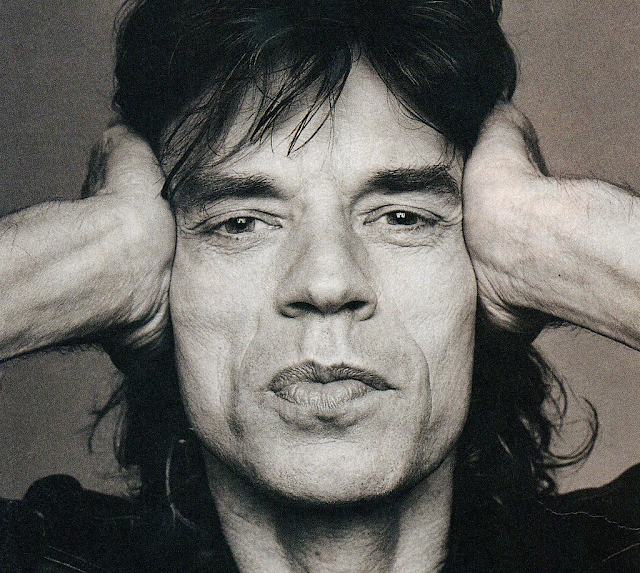 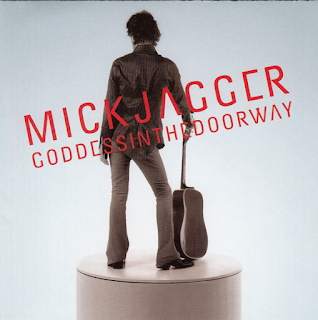 Mick Jagger solo albums were strange things - there was always something on them to enjoy, but Jagger found it almost impossible to distance himself from The Stones. The tracks often sound like the "Jagger" tracks on Stones albums, but with a few added bits of slick pop production - strings, synths, contemporary percussion, saxophones and the like - instead of Keith, Charlie and Ronnie. He often tries to sound contemporary in a bid to sound different from his alma mater, and in some ways this is to be lauded. But, however much I might like the tracks, and I do, I cannot help but think that this is Mick Jagger trying very hard to sound different to The Stones, while sounding exactly like Mick Jagger.

Visions Of Paradise has an appealing, infectious syncopated rhythm and a big, catchy chorus, plus some sweeping strings in the background. Joy is one of those that could be on a Stones album in some ways. It rocks, is full of vibrancy and rhythm but I guess is different enough to make it a Jagger track as opposed to a Stones one. Either way, I like it. Dancing In The Starlight is a seductive, mid-pace typically Jagger sleek, slightly sleazy offering, a bit like Streets Of Love on A Bigger Bang. God Gave Me Everything could easily be the Stones apart from the fact that there is more polish and less of a gritty edge to its backing. 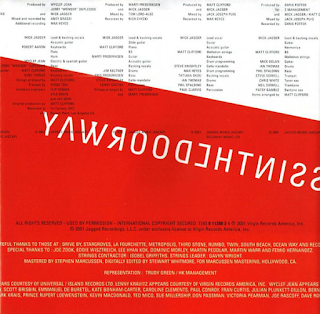 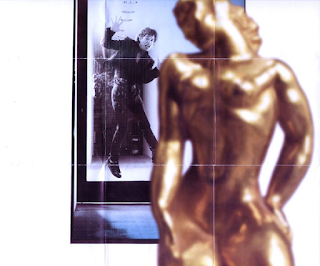 Jagger uses those contemporary drum sounds on Hide Away with a slow and thumping "r 'n' b" style track, then it is back to a typical slow Jagger Stonesy ballad on Don't Call Me Up. His vocal is full of his Stones mannerisms on here. Goddess In The Doorway is an upbeat, acoustically riffy rocker full of that late night sleaze Jagger always does so well. Lucky Day is an appealing, modern-sounding rhythmic number, with a vague reggae meets dance sound to it. Everybody Getting High is a sort of punchy rock number with those grungy dance beats again. Gun starts with a Stones-like riff before it goes all clubby with a "beats per minute" style backing. It carries an anti-gun message. As I said, fair play to Jagger for trying to work these sounds into his songs.

Too Far Gone is a track you could imagine maybe being a Stones track, it has a great, powerful backing including some sumptuous organ breaks. Brand New Set Of Rules is another in the Streets Of Love style, structurally. It is an attractive, archetypal Jagger ballad.

The sound quality on the album is superb, effortlessly professional, a bit like Bryan Ferry's solo work. It is all very cool and glossy, but I have to say that, despite it having a fair few eighties echoes to it, I quite like the album. Wandering Spirit is better, though. 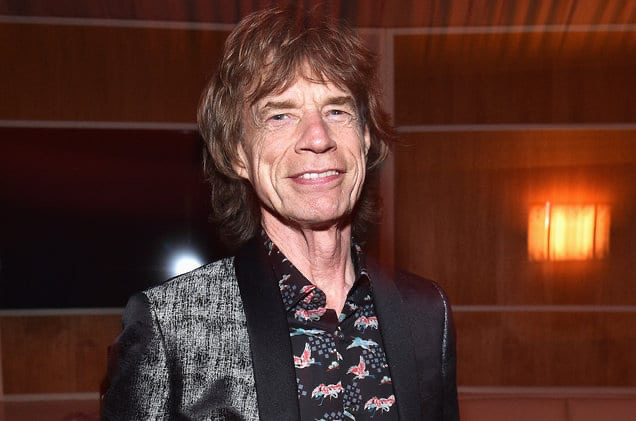