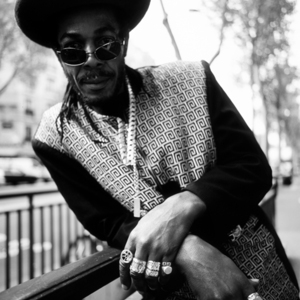 Righteous Are The Conqueror (1980) 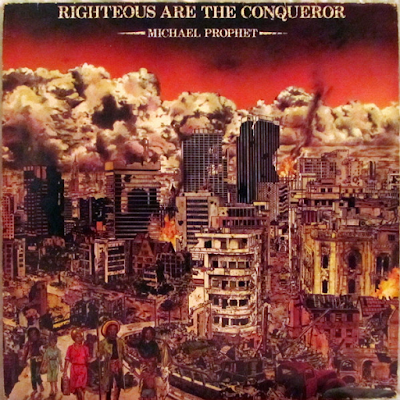 This was one of the first albums from Michael Prophet. Released in 1980, it came slightly later than many of the "roots explosion" albums, the peak was 1975-78, but it was a very much in the None Shall Escape The Judgement roots style, featuring a robust, bassy, slow burning pace on most of the tracks and Prophet's distinctive "crying" tenor voice. The album contains a fair amount of pious Rastafarian devotion in its lyrics, although Prophet liked a love song too. Actually, five of its ten songs are love songs. Overall, although it is a credible, genuine slice of roots reggae, the love songs are all played out over a roots backing.

Prophet is a singer as opposed to a "toaster" as well, so the songs are all sung in a more traditional style, with no vocal improvisations. The cover would appear to have been inspired by some of the 1970's Nigerian "hi-life" albums, by Fela Kuti and Tony Allen. Steel Pulse's Handsworth Revolution used a similar style of artwork too. 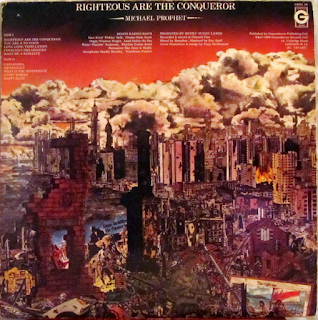 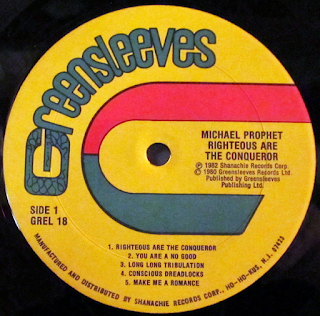 Righteous Are The Conqueror is a solid roots skank, with a deep bassy beat and a slightly Jacob Miller-style vocal from Prophet. It features a nice, rumbling dubby bass.
You Are A No Good is a mid-pace, consistent bassy groove with a convincing vocal. Long Long Tribulation uses the same backing track as the previous song, but this time the lyrics are about the historical struggle of the black man - "black man sufferation...". Although both songs use mostly the same backing, there is something a bit brighter and punchier about this one.

Conscious Dreadlocks is a catchy, appealing number, melodically and vocally. Make Me A Romance is a lighter number, with Prophet delivering a suitably less-charged, romantic vocal. If it wasn't for its chugging roots beat and deep bass it could almost be a lovers rock number.
Cassandra is another love song, with some infectious scratching, "cheese grater" percussion sounds. Originally has a pulsating bass line, a vibrant slow burning groove and a heartfelt social message about human rights and oppression. Check out the bass/drum interplay around three minutes in. Proper roots reggae.

What Is The Difference is another romantic rootsy smoocher. Gypsy Woman has Michael all love-up again, over a staccato drum beat and lots of reverb. This is a quirkily attractive song. Lovely bass on it once again, it sort of goes without saying.
Happy Days is also in the same vein, very melodic too. In fact, this has been far less of a righteous album than the title would have you believe. 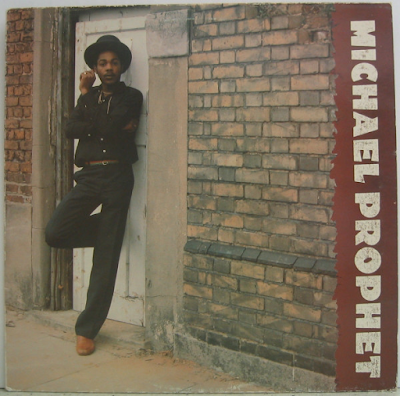 Hold On To What You Got/Guide And Protect You/Youthman/Gunman/Turn Them Round/Up Side Down/Love And Unity/Never Leave Me Lonely/Help Them Please/Sweet Loving
The first few albums from roots reggae artist Michael Prophet were pretty standard roots fare of which had been pretty ubiquitous from 1976-81. It was the sound of Notting Hill Carnival in those years, of the music played on sound systems before punk gigs and of the while punky reggae crossover/ party thing. Michael Prophet's music was released at the back end of the roots boom, just before ragga rhythms appeared and the digitalisation of reggae took over. This is still played on "proper" instruments and has that authentic roots vibe, down to the Rasta themes and slightly wailing voice. Prophet's voice is sort of Jacob Miller meets Gregory Isaacs in tone, without the sweetness of the latter.

Hold On To What You Got is a mid-pace gentle roots skank, with those familiar jangly reverberating guitar bits and Prophet's high-ish voice rising high above the beat.
Guide And Protect You is a righteous, Rastafarian-themed number. Youthman features a nice, deep, melodic bass grumbling line and a light, Gregory Isaacs-influenced vocal.
Gunman is probably Prophet's most famous track - a horn-driven, bassy, solid thump of a track with a catchy melody and a pertinent lyric about gun crime. 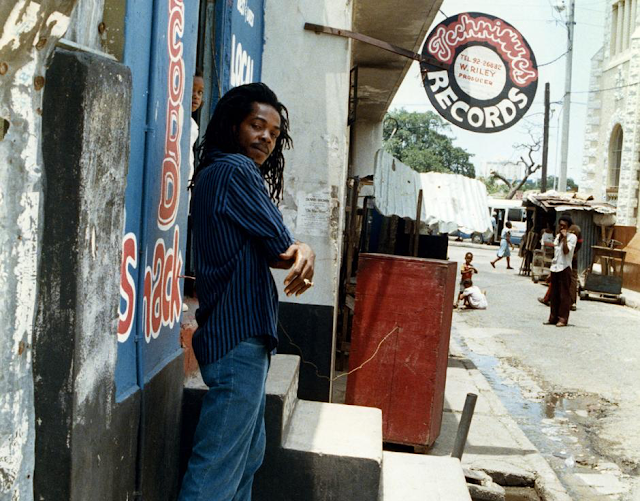 Turn Them Round has a huge staccato gunshot-style drum beat that makes you jump out of your skin.
Up Side Down features some nice brass and a catchy melody. Love And Unity is a yearning, sonorous, deeply bassy number. Never Leave Me Lonely is a fetching horns and bass-powered love song.
Help Them Please is a return to asking Jah for help over a muscular, typical roots beat. The album ends with one of its poppiest cuts, the lovers rock-ish groove of Sweet Loving. It has an excellent saxophone interjection in it.

This is a standard roots reggae album of its era sonically, however, lyrically it is a nice enough mix of love songs, warnings about crime and Rasta material. It is not totally dominated by "Jah and righteousness" lyrics, and has a variety of themes. It is perfectly ok, but not an album I turn to too often if I'm honest, I tend to have several Michael Prophet songs dotted around in "punky reggae party" and "roots reggae" playlists.