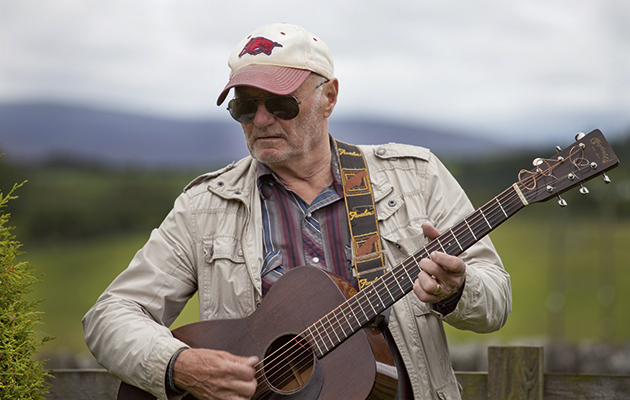 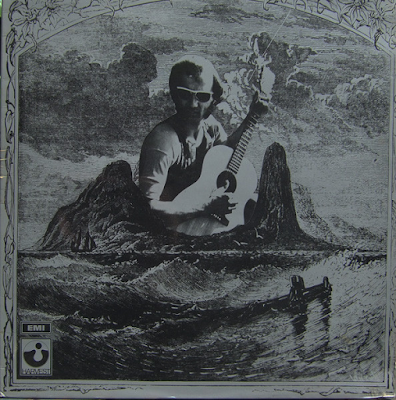 I recently heard Michael Chapman's 2017 album of bluesy Americana, 50. This was the first of his many albums I had ever listened to. Indeed, until that point, I had, shamefully, never heard of him. Inspired by that album, I decided to check out his earlier work and have found that this is a most interesting album - a sort of Roy Harper meets early David Bowie. It is folky but with definite rock leanings, particularly on the tracks that feature the relatively undiscovered guitar talents of Mick Ronson, before he took up with David Bowie full time.

The first track, Aviator, begins with a very Bowie-esque strummed acoustic guitar and some seriously delicious bass lines (played by Steeleye Span's Rick Kemp). It is eight minutes long and has a real air of mystery about it. There are similarities to the sort of lengthy folk/rock material that Al Stewart was putting out at the same time, both musically and lyrically. Chapman's voice has definite echoes of Bowie from the same period, but it has a sort of whiny grittiness that made it somewhat unique. There are hints of Dylan from John Wesley Harding as well, in places. The violin floats around in Van Morrison, Astral Weeks fashion, giving the track a haunting quality. Paul Buckmaster's strings are recognisable, particularly from the Elton John album from the same year. This is very much the sort of earnest, melodic and lyrically profound, meaningful music that was so de rigeur in 1970. 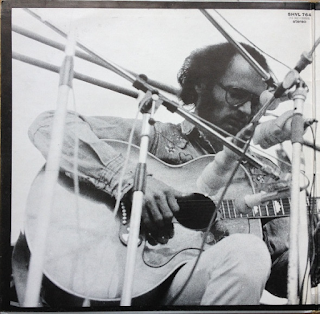 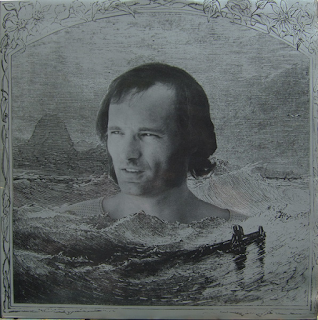 Another thing typical of the time was the guitar-picking instrumental, which we get here with the brief, pleasant tones of Naked Ladies & Electric Ragtime. There is actually nothing electric about it, by the way, it is all acoustic. Stranger In The Room introduces electric guitar and some Beatles-esque drums, a Bowie vocal and another throbbing bass line. It is an impressive track, and somewhat surprising that this album, or Chapman's career, never really took off. This is up there with The Width Of A Circle. Ronson provides some searing guitar lines throughout. Much as I love Circle, however, this is just as good. It really is a bit of a revelation, actually.

Postcards Of Scarborough has a lengthy acoustic intro before some solid drums kick in and Chapman's voice and delivery arrives in a downbeat Leonard Cohen way.
Fishbeard Sunset is forty seconds of pretty pointless guitar picking before we are launched straight into the muscular thump of the rock-ish Soulful Lady. It features more excellent guitar and impressive drums. Despite the folky, wordy dreaminess of some of the album, Chapman also likes a bit of solid rock power. There is an appealing blues rock feel to this.
Rabbit Hills reminds me of some of Mott The Hoople's early Ian Hunter slow rock ballads. The bleak, evocative March Rain finds Chapman sounding slightly different vocally - gruffer but a tiny bit slurred, as if he's just got up. He actually changes his vocal style several times, slightly, throughout the album.
Kodak Ghosts is a mysterious Cohen-esque number with some sumptuous, subtle electric guitar from Ronson, a change from his trademark full-on riffery. Andru's Easy Rider  is a slide guitar-driven blues instrumental that is another slight change in style, showing that there really is all sorts of stuff on this album. Another change arrives with the funky bass and bongo intro to the intoxicating Trinkets & Rings. Chapman's voice has a mournful, haunting Jim Morrison feel to it, albeit with a throatiness. This is a quality, adventurous number. Quite why this album wasn't huge, I don't know.

It is said that Mick Ronson got the Bowie gig on the back of his work on this album. Maybe that is somewhat apocryphal as Bowie knew his work anyway. Either way he was off to slam out glam rock riffs. Great as they were, perhaps his better work was to be found here. This certainly was a really good album and I highly recommend it. 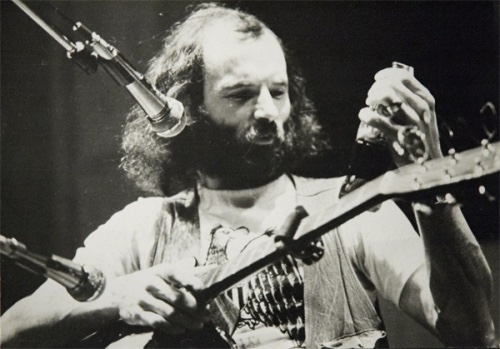 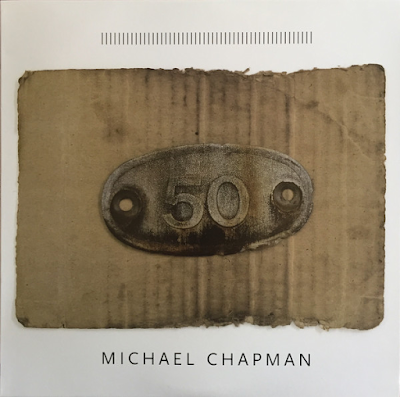 I have to shamefully admit that, until I heard Memphis In Winter on a compilation from "Mojo" magazine, I had never heard of Michael Chapman. He has been putting out music for fifty years and this album is released on that landmark, hence the title. Chapman is a UK singer-songwriter/guitarist who worked with a pre-Bowie Mick Ronson on one of his early albums. He has a gruff folky voice and, reading about him, he has garnered a fair amount of respect over the years. How he slipped under my radar for all these years is a mystery.

So there we go, I am reviewing this album "cold", so to speak. Apparently, it is described by Chapman himself as his "American album". So, maybe it is slightly different to his many other works. Some of the songs are re-recordings of earlier songs, though.

Anyway, it is certainly a very "Americana" sounding piece of work. When I heard Memphis In Winter I presumed Chapman to be an American. I am familiar with some of the work of US guitarist Steve Gunn, and he plays guitar on this album, so the ambience therefore is no surprise. Chapman was 75 when he recorded this, and, while his voice sounds suitably aged it also has that experience to its tone and a fetching world-weariness. 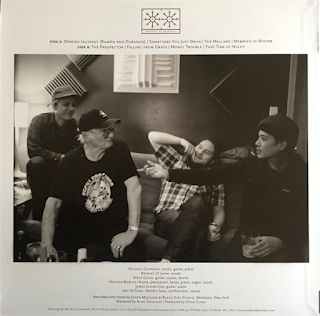 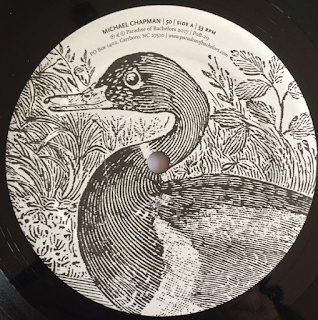 A Spanish Incident (Ramón And Durango) is a beguiling Dylan meets Tom Waits sort of growler, with some catchy piano parts and a Leonard Cohen-esque vocal from Chapman. It has some country style banjo/mandolin? and a rich powerful drum sound.
Sometimes You Just Drive is a haunting, country blues-ish number with a classic Americana gruff vocal. It is marvellously evocative in a slow, sleepy way.
The Mallard has huge echoes of Chris Rea in its bluesy/folky vocal delivery and indeed in the tune's slow burning melody and bucolic lyrics. It has a killer bass line and subtle guitar near the end.

The song that attracted me to Chapman, Memphis In Winter, is a wonderfully gritty, mysterious bassy grinder. Chapman's voice is again Cohen-influenced. It is packed full of atmosphere and cynical, observational lyrics. Great stuff. The guitar near the end (presumably from Steve Gunn) is superb.
The Prospector is a story song about a gold prospector, featuring some excellent, industrial guitar.
Falling From Grace has an acoustic intro similar to some of Bruce Springsteen's acoustic work. Indeed, the whole song sounds a bit Springsteen-esque.

Money Trouble is a Band-influenced slice of country rock with some infectious guitar-picking backing. The main riff reminds me of something but I can't put my finger on what, which is infuriating. Something off Led Zeppelin III I think. Friends - that's the one. Funny how several songs over the years have hints of that riff in them, notably CSNY's Carry On.
That Time Of Night is movingly, sleepily beautiful. It has the feel of a Keith Richards solo number. There is a lovely gentle bass on it. Rosh Pina is the album's only instrumental - a laid-back acoustic and bass piece of aural relaxation. It is augmented perfectly by Steve Gunn's electric guitar half way through.
Navigation is a dreamy,  walking pace acoustic guitar  and prog rock-sounding organ number to close this impressive album. Now I have to check out more of Chapman's work. I've only got fifty years to catch up on. 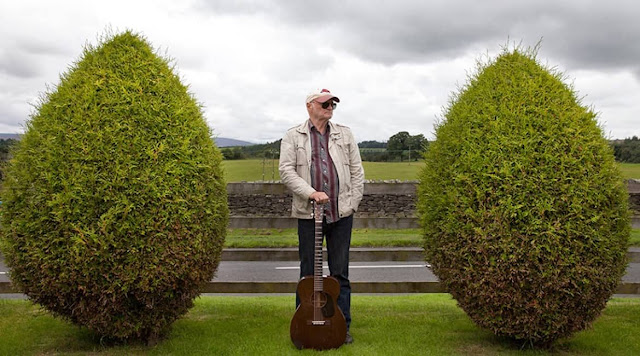