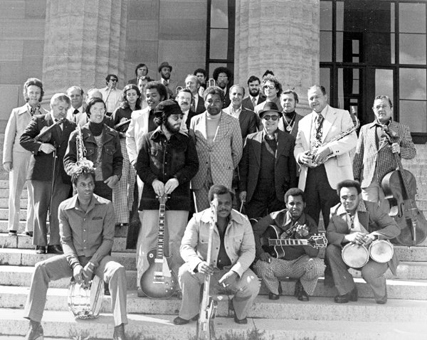 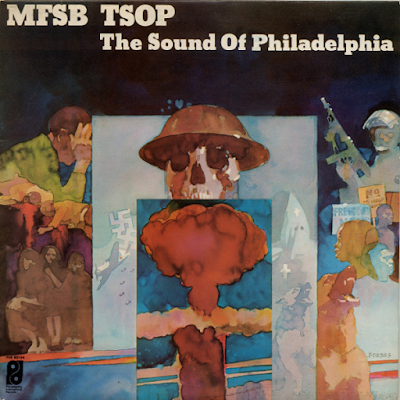 Zack's Fanfare/Love Is The Message/Cheaper To Keep Her/My One And Only Love/TSOP (The Sound Of Philadelphia)/Zack's Fanfare (I Hear Music)/Touch Me In The Morning/Bitter Sweet
MFSB (Mother, Father, Sister, Brother) were the house band for the Philadelphia soul music label in the early/mid-seventies, comprising over thirty musicians, it back acts such as Harold Melvin & The Blue Notes, The Three Degrees, The O' Jays and Billy Paul, as well as also crossing labels to back The Stylistics and The Detroit Spinners. Their sound was an iconic one of its era, notably used to introduce the equally ground-breaking "Soul Train" TV show. This was largely an instrumental album, with incidental, occasional backing vocals provided by The Three Degrees. The album's apocalyptic cover let us know that behind the lush, smooth soul vibes lay a serious message. Black consciousness was everywhere, in the music of Marvin Gaye, Curtis Mayfield, The Temptations and The Undisputed Truth. Philadelphia got in on it with material by The O'Jays and Billy Paul and, although this is full of instrumental joy, we are left in no doubt that there is a world out there to question, even while listening to some copper-bottomed grooves. 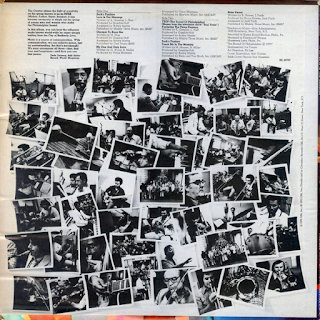 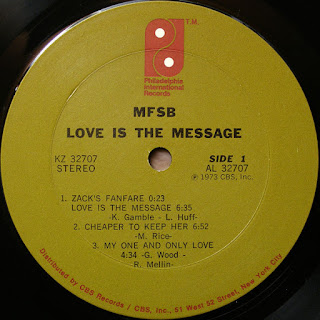 The opener, the short 24-second Zack's Fanfare is just that, a fanfare, before some typical Philadelphia strings, cymbals, bass and keyboards launch into the sumptuous Love Is The Message, which, despite its lack of vocals had a great hook. It typifies the big, brassy, orchestrated sounds of the time. It could, in its jazzier, funkier places have been a theme tune to a US cop show. It had that feel to it. There are some infectious funky breaks in there too, particularly in the last third. It is god that the full six and a half minute workout is included on the album.
Cheaper To Keep Her is an utterly captivating slice of piano, cymbals, keyboards and horns-driven jazzy groove of a number. Great stuff. It just gets in to its stride and keeps going, introducing instruments like the jazz-derived "vibes". The bass is sublime throughout as well.

My One And Only is a laid-back piece of smoochy, end-of-the-evening saxophone-powered soul. Some may find it a bit cheesy, compared to the jazz funk of the previous two tracks, but I quite like it.  It features a delicious bit of George Benson-esque guitar at one point.
TSOP (The Sound Of Philadelphia) is known to all. As soon as its addictive rhythm kicks in, you just feel uplifted. The brass punch of it is still great to hear. It is very "disco", several years early. Rhythms like this would be everywhere in 1977-78, particularly the "doo-doo-doo" backing vocals.

Zack's Fanfare (I Hear Music), is 45 seconds this time and is lively and jazzy. Touch Me In The Morning, of course, was taken in to the charts in its vocal incarnation by Diana Ross in the summer of the same year. Here it is an appetising saxophone melody with some wonderful percussion and funky jazz guitar parts too. I love it. Most alluring.
Bitter Sweet is a great one upon which to end - an enigmatic, bassy piece of melodic beauty. Those Blaxploitation flute sounds are introduced for the first time and beneath the dignified disco veneer lies a beguiling mystery to it, with a succulent jazz funk change of pace half way through.

All quality material. After half an hour or so of instrumentals, though, one wants a bit of vocal, so its comparatively short running time (thirty five minutes) is an ideal breath of fresh air.