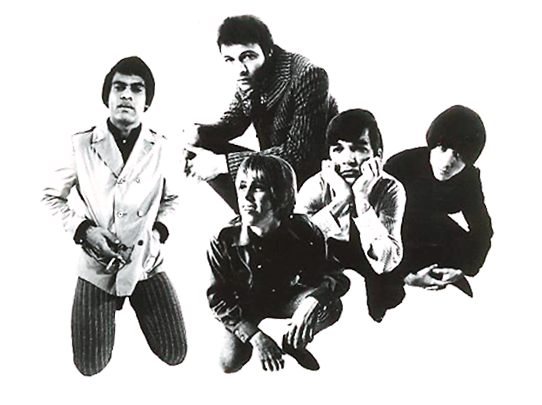 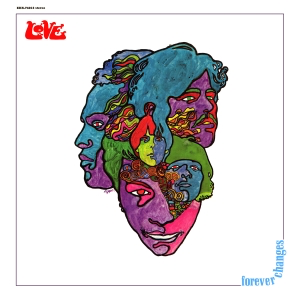 Alone Again Or/A House Is Not A Motel/Andmoreagain/The Daily Planet/Old Man/The Red Telephone/Maybe the People Would Be The Times.../Live And Let Live/The Good Humor Man He Sees Everything Like This/Bummer In The Summer/You Set The Scene
Love’s third album, from 1967, the brainchild of Arthur Lee, is popularly thought to be a hippy classic - recorded during the “summer of love” and by a band called Love, the hints are pretty strong. Of course there are hippy aspects to the airy, acoustic, blissfully laid-back nature of some of the music, but there is a lot more to it than simply “peace and free love, man”. The music is psychedelic rock, but it also has hints of flowing jazz, acoustic folk, Latin-style brass, rock guitar, country-style harmonies. It really is a very difficult album to categorise.

The sound on the latest master is superb. Excellent stereo, considering it was recorded in 1967.

Alone Again Or has a very catchy tune which masks some dark, sombre lyrics. Similarly, the use of a Mexican Mariachi brass band adds to a false sense of joyfulness.

A House Is Not A Motel features some hypnotic, upbeat drums and a guitar solo at the end that takes your breath away. Mick Ronson was surely influenced by this for some of his work on David Bowie’s Man Who Sold The World album.
Andmoreagain is an ethereal, hippy-ish number that must have influenced Crosby, Stills and Nash. It is a beautiful track.

The Daily Planet has many Beatles airs about it, in my opinion, particularly the drum sound and vocals. It also has hints of The Kinks to it too. Maybe this influenced both of them, but suspect a bit of influence both ways. Certainly this came after many of The Beatles and Kinks material it puts me mind off. Listening to the album, though, just makes you realise what great music came out of 1966-68 - The Doors, The Velvet Underground, The Beatles, The Kinks, John Mayall, Janis Joplin, Cream, Jimi Hendrix, Traffic. All seriously good artists releasing seriously credible albums. 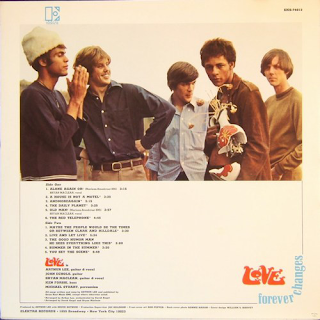 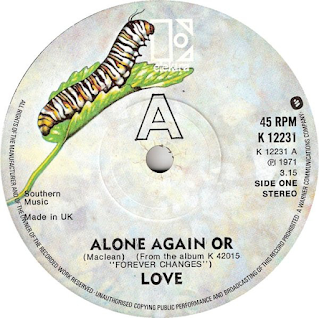 Old Man has a chilled out, folky intro and a tranquil vocal. It is a forerunner of Nick Drake and Led Zeppelin III in some ways. David Bowie’s first three albums betray influences from here too. The acoustic guitar sound is crystal clear as is the bass. Just great sound.
The Red Telephone is lyrically beguiling and very late sixties “progressive” in ambience. Once again, superb acoustic guitars augment this song superbly.
Maybe The People… is a bright, vibrant jazzy piece with hippy lyrics and a real 67-68 feel. Live and Let Live is a bizarre song, full of weird, trippy, hallucinatory lyrics about God knows what, all delivered over yet another entrancing backing. The Good Humor Man… is almost baroque classical in places.

Bummer In The Summer is a more rocky, folky but bluesy in places number, with some spirited guitar and a livelier voice from Arthur Lee.
The lengthy You Set The Scene has a mesmeric bass and rhythmic drum upbeat intro and backing, over the very sixties, haughty toned vocal. As I said before, it really is a difficult album to describe. There really wasn’t much else around like it at the time. It has been extremely influential in the years since and still remains critically acclaimed. 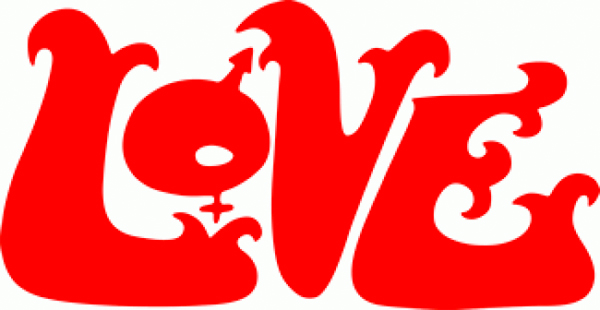