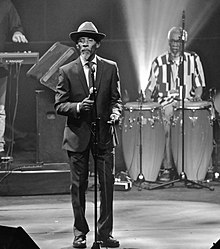 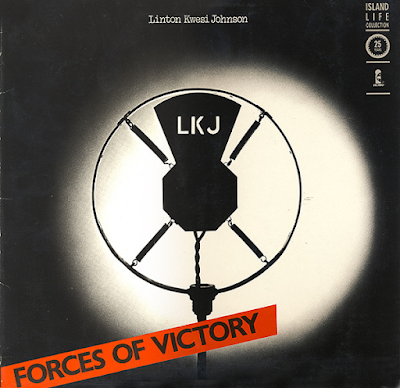 This was a crucial, contemporaneously relevant reggae release that featured "dread beat poet" Linton Kwesi Johnson reciting his lyrics concerning life in late seventies London as a West Indian over a superb roots reggae beat. The music, played by Dennis Bovell and Rico Rodriguez, amongst others is just excellent, providing a top notch quality backing for Johnson's hard-hitting, often moving urban tales. Johnson largely speaks his lyrics, occasionally slightly breaking into an appealing half-singing. He delivers his verses in Jamaican patois, but it is generally comprehensible. If not, you get the meaning pretty easily. Johnson's semi-spoken delivery is not really different to that of the DJ/"toasters" like Prince Far I, Big Youth, U-Roy, I-Roy or King Stitt, all of whom did not break into song.

Want Fi Goh Rave is a lilting, semi-spoken recitation over a delicious bassy, rootsy beat enhanced with horns and skanking electric guitar. It has a great dubby bit at the end too.
It Noh Funny has a pounding, bassy riddim, with some Rastafarian-style bongo drum backing. Linton almost starts singing at some points.
The saddest tale is Sonny's Lettah (Anti-Sus Poem) which takes the form of a letter from a young man from prison to his mother telling of his ill-treatment at the hands of the Metropolitan Police, who, at the time, were nowhere near as accountable as they are today. 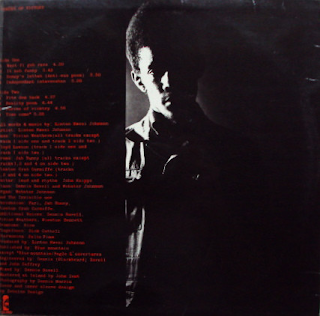 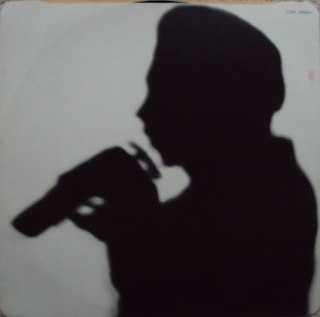 Independent Intavenshan despairs at the British politics of the time. Trombonist Rico Rodriguez delivers a great solo on here.
Some infectious, rhythmic backing introduces the militant Fite Dem Back, which has Johnson uncompromisingly advocating fighting back against fascists by "smashing their brains in, 'cos they ain't got nothin' in 'em...". Menacing stuff, but life was pretty awful in inner city London in the late seventies as a West Indian or Asian immigrant. Until you have walked a mile in his shoes it is an apt quote, I believe.

Reality Poem talks about the age science and technology we are in and bemoans that we still have no light, no clarity, no visions of how to live. The backing is once again excellent too.
Forces Of Victry is a huge thumper of a "conscious" track, as relevant as any authentic Jamaican Max Romeo, Junior Murvin or Lee "Scratch" Perry track. Yes, Johnson was of Jamaican origin, of course, but this was not reggae from "the yard" in Trenchtown, it was London-inspired reggae. The track features more impressive trombone.
Time Come is an intoxicating warning from Johnson, chock full of rhythm and atmosphere.

There is a definite argument for this album having a place in the upper reaches of reggae's "best ever" albums lists. Without question. Not only are the lyrics culturally vital, but the music is irresistible too. Highly recommended. 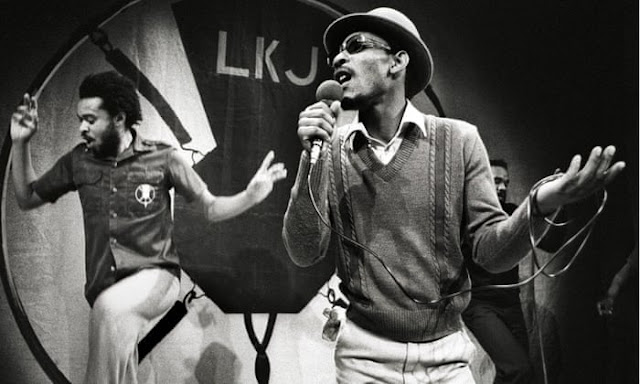 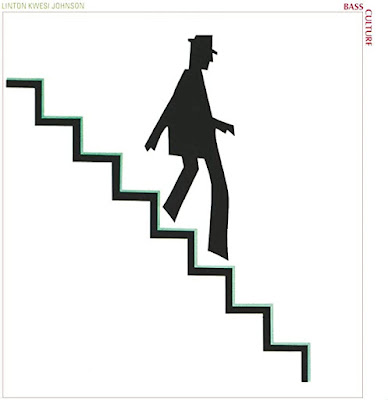 From 1980, this was Linton Kwesi Johnson's second album of dub poetry and it was as bitingly effective as its predecessor.

Bass Culture is beautifully deep and bassy, rumbling away captivatingly, backed by those typical brass bits and a dubby, "flying cymbal" beat as LKJ growls his lyrics, castigating violence and corruption. There is such an atmosphere to this, bringing to mind 1979-81 immediately. Oh and grab a load of the dubby bit near the end - crucial, as they say, as indeed is the guitar, from John Kapiaye.

Street 66 starts with a brooding harmonica break that is almost bluesy and the obligatory throbbing, menacing bassline before LKJ arrives to describe a police raid on a party and the community's reaction to it -  "any policeman that come 'ere will get some righteous raas claat licks...". Quite right too. "the mighty poet, I-Roy, was on the wire" too - it must have been quite a party before it all went sour.

Reggae Fi Peach was a lament for the murder of white New Zealand teacher and activist Blair Peach at an Anti-Nazi League protest by the police's Special Patrol Group. A slightly different stance regarding race issues is taken on Black Petty Booshwah (meaning petit bourgeoisie) as LKJ lays into middle class blacks whom he sees as siding with the "Babylon" when the going gets tough. The song is played out over a melodious, almost South African-sounding backing in places, particularly on the guitar sound.

The album's cornerstone is the magnificent Inglan Is A Bitch, where LKJ narrates from the experience of a West Indian immigrant. It could have been Johnson himself, it could have been one of thousands of people who feel that "Inglan is a bitch, there's no escaping it...". It is a depressing indictment of so many immigrants' experiences in what could be, at times, a miserable, unwelcoming country. Middle class, educated white men like me carry the burden of shame and have done all our lives. Once again, the backing is deceptively melodic and breezy, featuring a lovely bass line. The Beat took a lot of inspiration for this on Stand Down Margaret, I think.

Surprisingly, LKJ then comes up with a love song in the laid-back, evocative Loraine which shows that the old firebrand had a tender side to him. Reggae Sounds, however, finds dubby roots return and the album ends on a slightly unusual note on Two Sounds Of Silence, as LKJ narrates his poetry over what sounds like a freeform jazz beat, dominated by some atonally swirling saxophone.

This final track broke the bassy, roots mood, but overall it is a perfect serving of punky reggae party consciousness. 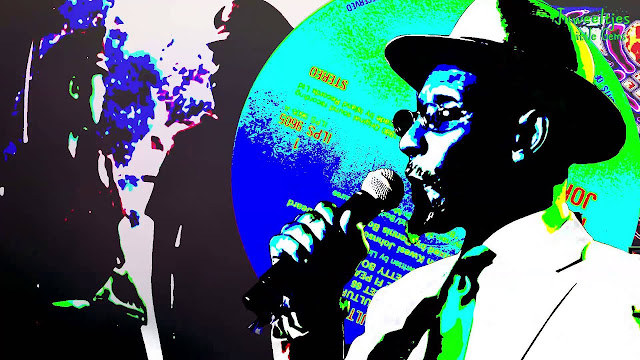