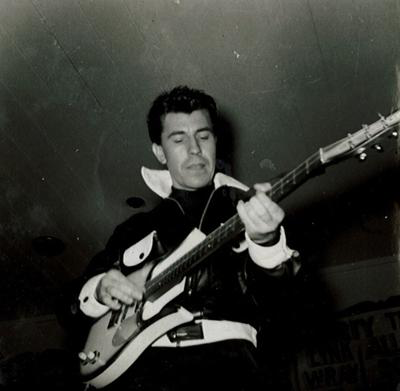 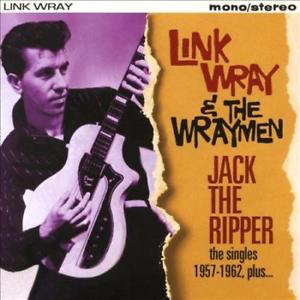 Before diversifying into country/blues rock in the early seventies, Link Wray was one of the most influential rock 'n' roll guitar instrumentalists. His work was superb, combining rock 'n roll with the blues, rockabilly and all sorts of personal innovations too. He was the Jimi Hendrix of the late fifties/ early sixties but is nowhere near as credited.

Obviously, because of the early date of some of the recordings, the sound early on its a bit patchy and the first couple of tracks a bit dated, but when you hear the first notes of Rumble you think "hold on - what's this? Late fifties - are you kidding?" It is truly awesome, as indeed is The Swag and Rawhide.
Listen to Comanche. Yes we had The Shadows in the UK at the time and yes, they were hugely inventive and influential, but they had nothing on this. This is proper electric guitar rock - packed full of searing licks, a bit of distortion and power. The bass and drum backing is similarly pulsating too. Even when he slows the pack down a bit, on the gently romantic Lillian the rhythm are infectious and the guitar work sublime. Check out that huge rumbling bluesy bass on Night Life. Link Wray took what were by now conventional rock 'n' roll rhythms and turned them into something else - something darker, rocker, bluesier, tuneful but somehow a bit menacing too, in places.
Slow Drag is like The Shadows on acid. It blows them out of the water. Superb bass on it as well as Wray's guitar. Pounding drums. The title track is deliciously mysterious. Fairground music for the brooding. I could go on about each track but I'm sure you get the picture by now. Top stuff.

It is incredible to think that The Beatles' first album, with its simple backing and rudimentary feel, was said to have changed the world, yet music like this had been out there for a few years. This is so far ahead of Please Please Me it's remarkable. 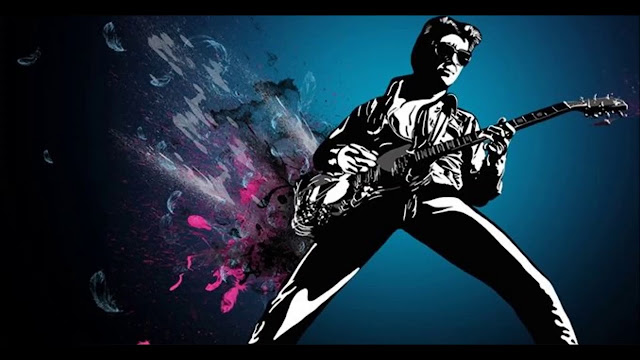 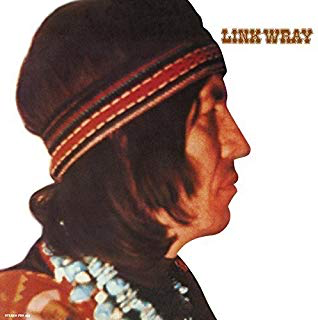 La De Da/Take Me Home Jesus/Juke Box Mama/The Rise And Fall Of Jimmy Stokes/Fallin' Rain/Fire And Brimstone/Ice People/God Out West/Crowbar/Black River Swamp/Tail Dragger
Late fifties and sixties rock guitar pioneer Link Wray resurfaced, now approaching forty, with a different type of an album. It was a blend of country, blues, and r ’n’ b, which was something of a change from his usual riffy, guitar-driven instrumental work. It is, however, a really good album. This was the first Link Wray I heard. I didn’t know of the earlier stuff, so this is the sort of thing I thought he did. It has a loose, jamming sort of feel to it. It was recorded in rudimentary conditions, apparently, in a chicken coop on Wray's farm, but the sound is still perfectly acceptable. There is an appealing “live” feel to it.  It is one of those great early seventies Americana albums.

There are hints of Little Feat and Bonnie Raitt’s first three albums all over this album. For me, La De Da sounds like The Band meet Little Feat meet Leonard Cohen in his Death Of A Ladies’ Man phase. It has that same “wall of sound” derived sound as the latter and similar backing vocals.
Take Me Home Jesus sounds so much like Neil Young in places, particularly in the vocal delivery. It also has echoes of The Beach Boys' Cotton Fields.
The swampy Juke Box Mama has a big, bluesy thumping drum beat and some gruff, soulful vocals and a rollicking barroom piano. There are bits that remind me of The Band in this. 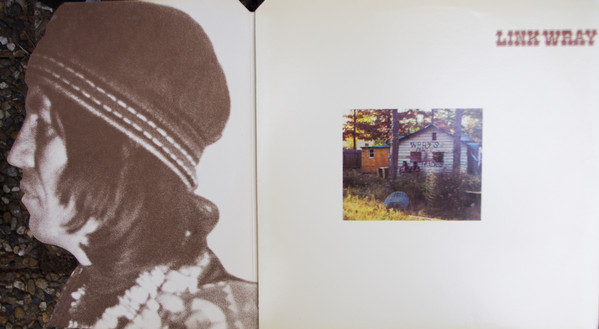 Even more swampy is the infectious The Rise And Fall Of Jimmy Stokes, a blues slide guitar-drenched narrative tale of a Southern States no-good. Another artist influenced by this is Willy De Ville, in his later career.
Fallin' Rain has echoes of Bob Dylan's "It's All Over Now Baby Blue", Them and early Van Morrison in it. It has a delicious low-key bass line too.

Fire And Brimstone is a rhythmic that brings to mind The Rolling Stones on Exile In Main Street.
Ice People has more Stones feel about it. It surely influenced them on Exile the following year. The lyrics have Wray reflecting on the Native American experience, of which he had first hand knowledge, as a Shawnee.

God Out West is a stomping, home-made gospelly number (what were they stomping on I wonder?) with some excellent slide guitar.
Crowbar is a proper slice of down-home, recorded in a shack blues  with some seriously copper-bottomed guitar and some typically blues lyrics about prising his woman open with his crowbar. "I'm a crowbar baby and I'm a gonna pull out all of your nails...". As the cliche goes, they don't write 'em like that anymore.
Black River Swamp is a soulful lament that builds up more and more, it is so evocative, moving and emotional. Some lovely mandolin parts on it too.
Tail Dragger is a superb, stonking slab of country blues to finish on. It cooks, big time. In fact, so does the whole album. A (comparatively) under-mentioned gem of an album. 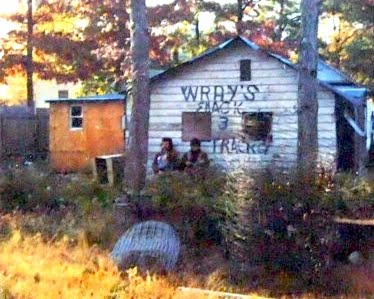