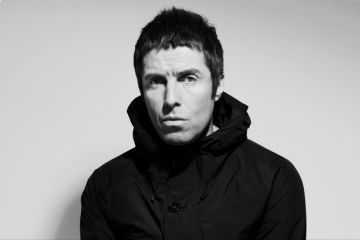 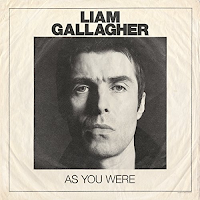 releases, as long as it is rock in essence, it will sound like Oasis and John Lennon. That’s just the way it will always be. He will always sound a bit “retro” for the Oasis of the 90s, just as Oasis sounded retro for the John Lennon/Beatles of the late 60s/early 70s. The production is better than that on Oasis’s work - less bombastic, more nuanced. In many ways it sounds like Oasis should have become had they carried on.
Wall Of Glass is a thumping, Lennon meets Oasis pumping rocker, full of electric riffs merged with acoustic guitar and some excellent bluesy harmonica. Bold is so Lennon its uncanny at times. It sounds like something off Imagine in places. It has a superb bass line and an infectious melody. This is like John Lennon’s 70s material brought up to date with 2000s production. There is some nice instrumentation in this too, brought out by the more subtle production. Incidentally, brother Noel’s contemporary output, while impressive, is somewhat blighted by a crashing production. Not so here.
Greedy Soul is a lively rhythmic rocker with Liam’s sneering voice at its best, a great drum sound and backing vocals. Nice one. As on many of these type of albums, it seems that track four should always be a quieter, slower acoustic-led number. This album’s one that fits that mould is the appealing Paper Crown. The old Beatles influence is never far away, though, as some Ringo Starr drums kick in. As the track builds up some impressive instrumentation appears. Really quite impressive. The sound quality on this is top notch too. Surprisingly good. For What It's Worth is a mid-pace, Oasis-style rock number. Stately, potent and powerful with those rising guitar chords before the hooky chorus. When I'm In Need is a tender but strong ballad with more typical late 60s Beatles “aaah-aaah” backing vocals and lyrics about “blowing your mind”. As well as some brass at the end. The influence is not pervasive, however, there is plenty of Gallagher’s own stamp on it.
You Better Run has “helter skelter” in the lyrics, but it is vibrantly rocking and upbeat, with some searing guitar parts and pounding military-style drums. I Get By is another mid-tempo but lively rocker. Many of these tracks are similar in approach, but not to their detriment. Chinatown changes the pace and mood. An atmospheric, enigmatic track with an acoustic backing, some typical Gallagher rhyming lyrics and some mysterious background sounds. There is an evocative ambience on this one. It has hidden depths.

Come Back To Me is very much late-era Oasis. If you heard it that’s what you would say it was. Another killer hook. Gallagher really has a knack for it.  Some impressive guitar too. Universal Gleam is rather mournful and sad in its delivery and vocal content. More Beatles string orchestration, he just can’t let it go. Never mind. It sounds good. I've All I Need ploughs the same furrow as the album comes to an end. By now, twelve tracks in, I have probably had my desired amount of Liam Gallagher for a while, but while there is a certain similarity to the mood of many of the tracks, it is undoubtedly a very good and enjoyable album. It will be played every now again.

** Incidentally, one of the bonus tracks, the psychedelic Doesn't Have To Be That Way is excellent.

Many have made the observation that this is by far the best post-Oasis album from either brother. They are right. 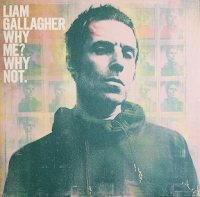 Amazingly, one-time gobby oik Liam Gallagher is now middle-aged and is duly putting out mature, middle-aged, wryly reflective albums. His musical style is now pretty much set in stone, and probably will be for many years, Van Morrison or Paul McCartney-style. You know what you are going to get from them and you now know what you're going to get from Liam - solid, muscular rock with the Oasis sound more prevalent than it is on brother Noel's output. From once being an abrasive, prickly and sometime offensive character, Gallagher now seems a somewhat wise, reliable, genuine bloke. When he was younger I though, as many did, that he was a bit of an idiot, now, however, I see to have developed a respect for him. He is now self-aware, honest and no-nonsense and his music matches that, although it does face accusations of formulaic sameiness and indeed, most of it can be musically traced back to Oasis. Not that there is too much wrong with that. If you like that sound then you will like this no matter what.
Shockwave begins with that trademark Oasis guitar, then come the thumping drums and lyrics that mention "sunshiiiine" before the singalong, anthem chorus kicks in. A few glam rock "heys" add to the retro feel of the track. I like this, it is patently enjoyable, but let's be honest, it could have dated from 1995. "You're a snake, you're a weasel..." rails Liam, showing that he hasn't lost all of that old ire. "You said we'd live forever" finds him going all Oasis-nostalgic, not for the first time, on the more mellow One Of Us. Funny how the angry young things have now turned into middle-aged men wistfully looking back on the old days.
Even more sadly mournful is Once, a track that has more than a few Lennon echoes (what a surprise). The old Beatles and particularly solo Lennon influences are are all still here. Now That I've Found You is a lively, catchy number that has got a lot of radio play as a single (not that singles are particularly relevant things the days. It has an infectious, hooky chorus, more McCartney than Lennon, this one, unusually. Halo is a bit like some of the material on Paul Weller's Wake Up The Nation album. Its clunking piano backing puts me in mind of Moonshine from that album. Again it is a catchy, upbeat number.

Why Me? Why Not is one of the most Oasis-Beatles-ELO type numbers, full of those sonorous strings and plaintive Lennonesque vocals about "kissing the sky" and "putting your love on the run". Nothing new to hear here, really.
Be Still has a strong, riffy intro and a typically gritty Gallagher vocal. Once more it has a good chorus in the old Oasis style. Both Gallagher brothers had a real knack for finding a hook. They don't seem to have lost it, either. The song rocks and I really like it. Alright Now features some very George Harrison-influenced guitar throughout on another obviously Beatles-styled number. Meadow is a more laid-back, bucolic song with Gallagher musing about leaving behind his past life. It is another Weller type of song (thematically) with a few Oasis Stand By Me chord changes thrown in there too. The River is pure grinding Oasis rock, all crashing guitars and sneering vocals. Gone ends the album in similar fashion, but slightly slower and with a slightly odd spoken vocal part.

Look, all the accusations that this is all pretty samey fare are probably true, there is nothing ground-breaking or innovative to be heard here at all. It is a very retrospective album, but sometimes there is something reassuring about knowing what you are going to get. Gallagher is now "good old reliable Liam". Who would have thought it? Indeed, he said recently - "I'm here to give people what they want, and if that's boring then so be it...".