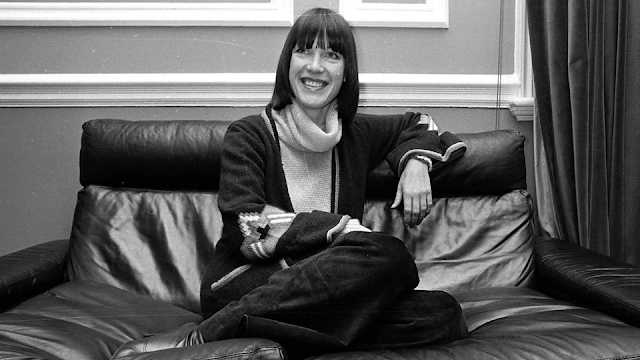 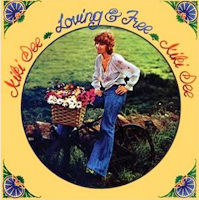 I remember back in 1973 that quite a bit of fuss was made about the release of this album, on Elton John's newly-formed Rocket Record Company. Elton was huge at the time and nobody had yet heard of Kiki Dee (despite her recordings for the Motown label). Despite that, it didn't really do as well as expected, which was a shame as it was not a bad album at all. Don't be misled by the pastoral pictures  of Kiki on the front and back covers. This is actually quite a rocking album.

Elton John plays piano on many of the tracks, and Elton John Band members Nigel Olsson and Dee Murray also appear. Dave Mattacks, the drummer who had appeared with Fairport Convention and Steeleye Span is also present. The remastered sound is excellent too - crystal clear and warmly bassy too.
Loving And Free is a lovely folk-rock-ish opener, with airs of Lesley Duncan's Love Song from Elton's Tumbleweed Connection. If It Rains is a gospel-style song written by Dee herself. Lonnie and Josie is so Tumbleweed Connection it is untrue. So obviously a John-Taupin song, it is full of Bernie's old West lyrics, like a forerunner to The Ballad Of Danny Bailey. Free's Travellin' In Style is given a big, brassy, rocking cover. Bluesy like the original, but rocking too, with some great guitar and brass. Kiki's voice can rock out too, just as much as sing the quiet, tender stuff.

You Put Something Better Inside Me is a mid-pace rock song, from Stealers Wheel's Joe Egan and Gerry Rafferty. It is given another muscular, big rock production, again Kiki's voice soars over it. Tracks like these have been completely different to the wistful, laid-back singles that were released from the album, Loving And Free and Amoreuse. 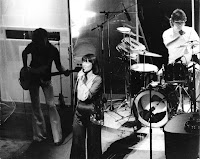 The rock continues with John-Taupin's rocking Supercool, crammed full with typical Elton John Band riffs. It is a cousin to Your Sister Can't Twist (But She Can Rock 'n' Roll). Rest My Head is a country-ish Kiki Dee-composed song, very much in the Elton mode from the early seventies. The afore-mentioned Amoreuse was a hit single in late 1973 and damn good it was too, with a simply sumptuous refrain. It was co-written by Gary Osborne, who was to partner Elton John as a songwriter by the late seventies. I love the song when I bought it as single back then, and I still love it today. Jackson Browne's sensitive Song For Adam is covered beautifully. Jackson Browne was not well known at all at the time, so it was not a song known by many. The album closes with the lovely country-style ballad Sugar On The Floor. The song was later recorded by Elton John as the 'b' side to Island Girl.

** I am not sure who wrote the bonus track The Last Good Man In My Life, but it sounds very Elton John-esque (it was actually Elton and Bernie who wrote it), as indeed does the rocking, bluesy Hard Luck Story (another John-Taupin song). Everyone Should Have Their Way is a soulful, sweet saxophone-backed number, while Six Days On The Road is another kick-ass rocker with some rollicking barroom piano from Elton. Overall, this is a highly recommended, little-mentioned gem of an album. 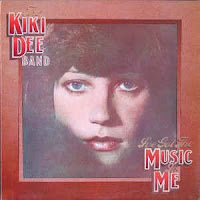 After an excellent album in 1973's Loving And Free, which was largely populated with Elton John-Bernie Taupin songs, thus follow up, from 1974, and credited to The Kiki Dee Band was a bit of a disappointment. Despite a superb rocking lead-off single in the title track, the rest of the album is pretty unmemorable, unthreatening soft rock fare. Nothing on the album matches up to its title track in either quality or sound. It rocks, big time, but the rest of the album doesn't at all. People buying the album on the back of the single would have been sorely disappointed, I'm sure. They would have been waiting for the next rocker and they wouldn't have got it.

I've Got The Music In Me is an absolute barnstormer of an opener, from its bass and percussion slow burning beginning through its piano, rock guitar and brass-driven big chorus to its false ending. It rocks all the way and Kiki's vocal is positively stratospheric. Someone To Me is an easy-going piece of mid-seventies soft rock balladry, while Step By Step is a bit of an Elton John-ish rocker that sort of gets there but in other ways doesn't. It just fails to really stand out, for me, despite some fuzzy guitar breaks. The production is somewhat tinny too. Water is an ethereal but ultimately quite dull slow number while Out Of My Head has a bluesy slow build up and a bit of a winsome atmosphere to it. Kiki's vocal and the strings remind me of Gladys Knight's So Sad The Song. It is probably the best track since the opener.

is a Linda Ronstadt-esque country rock slowie and is another of the album's better ones. Little Frozen One is a nice enough and beguiling ballad. Heart And Soul gives us more strong ballad fare. Kiki's vocal is excellent on this one, however, I have to say. The keyboard-powered You Need Help is a more upbeat number but it doesn't stick around in the memory much despite going on way too long. Simple Melody is a fetching mid-pace number to end on but, as I have repeated probably too much in this review, somehow the album doesn't quite hit the spot.

** A fine non-album single was Kiki's strong brassy cover of Nancy Wilson's 1964 hit, How Glad I Am. It should have been the album. It finally matched up to the verve of the title track. A 'b' side, The deceptively appealing, acoustic Peter is a good track, as too is the Philly soul sounding Once A Fool. All these three would have been fine on the album.

An easy link to post here, yes, it's Elton John :- 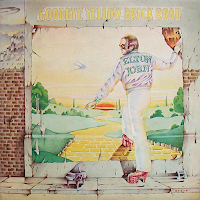