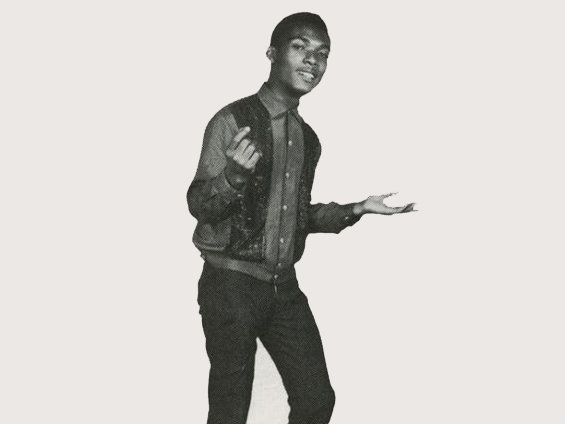 The Best Of Ken Boothe (Trojan) 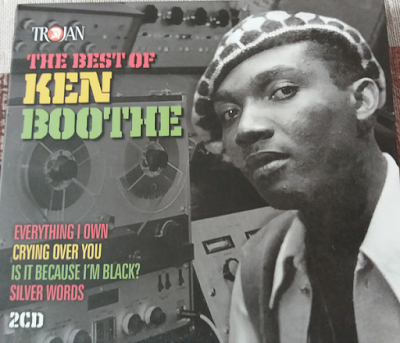 "Ken....Boothe.... UK pop reggae..." sang The Clash on White Man In Hammersmith Palais, somewhat bemoaning the fact, between the lines, that when they wanted to hear some crucial roots reggae they would have to make do with Ken Boothe. Maybe that wasn't quite what they meant anyway (who knows what The Clash often meant...) but Ken Boothe was, although mainly known as a pop reggae act, someone with a few more surprising strings to his bow.

He began in the mid-sixties singing upbeat, "rock steady" numbers like the subsequently much-sampled Moving Away and the raw You Left The Water Running before moving on to some typically early seventies steady skanking on tracks like the catchy, soulful Freedom Street.
Moving Away in fact has a sound that belies its 1968 recording date. It has a melodic, solid skank to it and Boothe's voice is at its most expressive, his phrasing, as always, is very pronounced and distinct. He also had a soul quality to his voice too, almost Otis Redding-esque at times.

Then, of course, there was the brief big chart success in 1974-75 with the crossover number one, Everything I Own, a sumptuous cover of the Bread track that brought success for Boothe with more than just reggae fans. The once more soulful Crying Over You was the follow-up, and, while not as big a hit, still charted, getting number 11.
Boothe also exploited the easy listening/soul covers thing with Bill Withers' Ain't No Sunshine, Marvin Gaye's Let's Get It On and Sam Cooke's You Send Me. All of these are delivered via Boothe's throaty, slightly croaky but always melodious voice and backed by a steady skanking rhythm.

The theme from The Godfather, Speak Softly Love is also given the skanking treatment. Boothe was very much ploughing the same furrow as John Holt with material like this. Yes, it is relatively throwaway, but it is a nostalgic and pleasant listen, very typical of much reggae material in the early seventies - taking classic songs and "reggae-fying" them.

Just if you were thinking that Boothe was either a rock steady or a covers man he shows that he also had a "conscious" Rasta-influenced side to him with a solid, rootsy cover of The Abyssinians' Satta Massagana and a jazzy reggae cover of Syl Johnson's urban funk number, Is It Because I'm Black?

Boothe liked a "message" song, and Can't Fight Me Down, despite its lively beat, expressed an inner strength of character. Live Good has a preachy, religious intent. Again, Boothe is getting a little rootsy, as he also does on the funky You're No Good. Got To Get Away is a six minute-plus bassy dance groove too.

This is a comprehensive collection in the excellent Trojan "best of" series and the sound quality is good, as always. Ken Boothe was certainly an interesting artist and this album is more than just Everything I Own.
Everything I Own (1974) 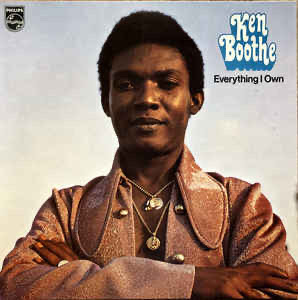 This album, from 1974, did pretty well for Ken Boothe on the back of the two big hit singles, Everything I Own and Crying Over You.

Evil Girl is a nice brassy skank featuring an excellent trumpet solo, something unusual for a reggae song. The brass enhancement continues on Sad And Lonely, another mid-pace lovers groove, with Boothe's unique, immaculately phrased voice to the fore. Sandie has a great rock guitar solo on it, surprisingly. Come And Lay Some Loving On Me is a good one too.

My Heart Is Like An Open Book is also in the same mould, in fact all the songs are - you know what you're going to get here. It is an easy-listening, gently skanking reggae album, nothing more, nothing less. Mind you, Time Passage is one hell of a track, different in style to the lovers-style material of the rest of the album in its grinding groove. 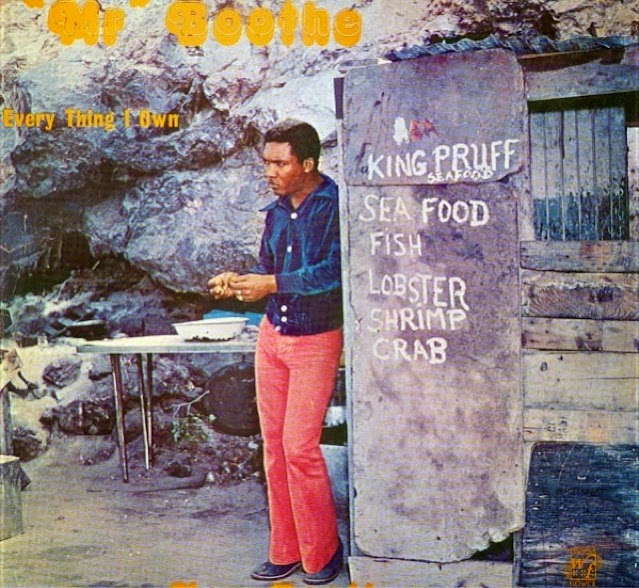