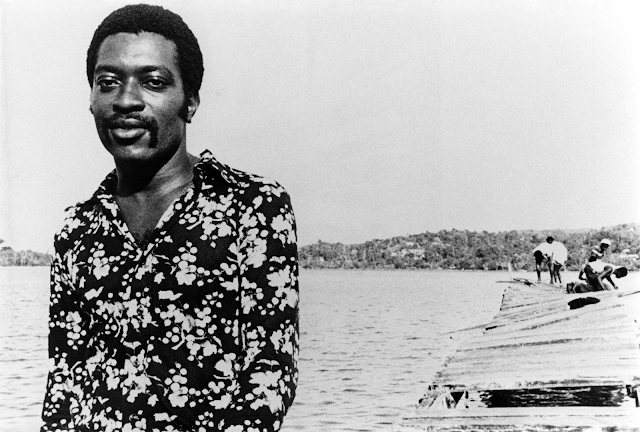 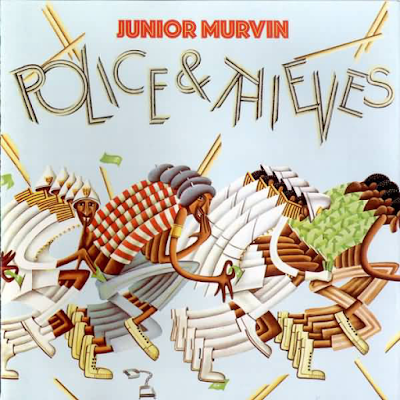 Roots Train/Police And Thieves/Solomon/Rescue Jah Children/Tedious/False Teachin'/Easy Task/Lucifer/Working In The Cornfield/I Was Appointed
This is one of the legendary Black Ark studio's "holy trinity", along with Max Romeo's War Ina Babylon and The Heptones' Party Time (which is very difficult to source these days). Produced, of course, by the prodigious, inventive Lee "Scratch" Perry, it is a classic of the roots reggae genre that was so popular in the mid-late seventies. It is full of righteous Rastafarian messages, as you would expect, but it is also notable for its killer melodies. It is also dominated by Junior Murvin's uplifting falsetto vocal. As you would expect, Perry's production is archetypal Black Ark. You know it when you hear it, but it is difficult to describe. Sort of dense and murky, but with crystal clear, clashy percussion.

Roots Train is an absolutely infectious, punchy thumper of an opener, with a huge rumbling bass, tasty horns and that distinctive Perry jangling percussion sound.
The title track, Police And Thieves, of course, is now iconic, not only because of The Clash's guitar-driven cover of it, but because of its sheer captivating atmosphere and Murvin's sublime falsetto vocals. Also, it is full of hooks, both musically and lyrically.
Solomon again features that percussion groove, together with more excellent horn backing and another impressive Murvin vocal. 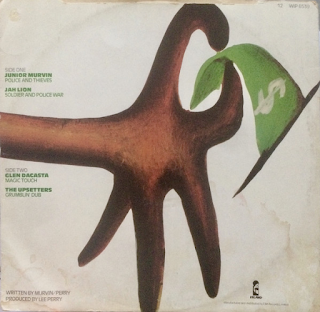 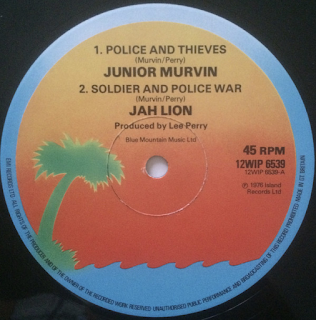 Rescue Jah Children is a slow tempo, insistent piece of Rasta preaching, delivered over an appetising heavy bass line. Tedious is a mysterious, evocative roots skank with a totally speaker-shaking bass. It has some nice dubby parts near the end. False Teachin' carries a strong Rasta message about the ills of Babylon. As with a lot of this material, the "legalise it" message just washes over you, as the riddim and addictive vocals soothe you as much as any herb.
Easy Task is slightly livelier in its approach, with a catchy refrain. It still tells us that being a devout Rastafarian is no easy task, despite its fetching lightness of sound.

Lucifer continues to plough the same furrow. Perry keeps the material here pretty much in the same style. He can be more inventive at times, but here he sticks to the tried and tested regular beat, percussion and backing. Murvin indulges in some nice vocal harmonising at one point, improvising a little, however. There is something of Bob Marley's Exodus in the beat of this one.
Working In The Cornfield has a heavy but equally laid-back feeling, if that doesn't sound too oxymoronic. Murvin's vocal is once again quite entrancing.
I Was Appointed is a very typically rootsy number with some I-Threes-style "woo-woo" backing vocals and those vibrant horns again.

Along with War Ina Babylon, this album will make many "reggae top ten albums" lists, and with good reason. It is very representative of Perry's sound from the 1975-78 period. It never got better than this for Junior Murvin, however. This was his one classic album. Everything just came together.

** It is also worth getting hold of the deluxe edition which includes, among other things, the excellent alternative versions of the title track - Perry's Grumblin' Dub, Jah Lion's toasting Soldier And Police War and Glen DaCosta's saxophone instrumental version of it, entitled Magic Touch.