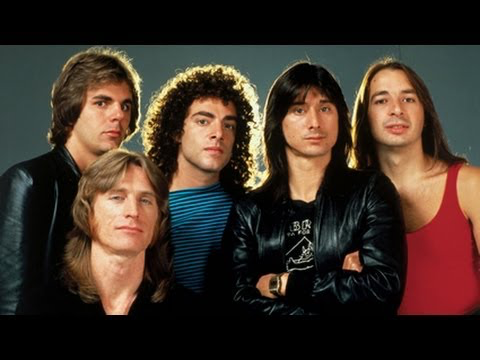 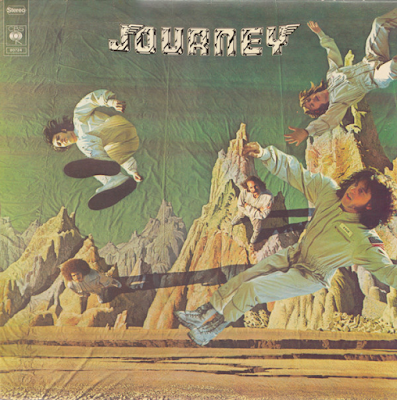 This is the debut album by Journey, erstwhile stadium rockers-to-be. This is nothing like the output of the later, famous incarnation of the group. The group here contains Santana refugees Neal Schon and Gregg Rolie and respected session drummer Aynsley Dunbar of David Bowie's Pin Ups, Lou Reed's Berlin and Ian Hunter's All American Alien Boy fame. He also drummed with The Jeff Beck Group. It is a sort of prog rock meets jazzy experimentation sort of thing, with some heavy rock bits here and there. It is not bad in places, but it ultimately suffers for not really knowing what it really is, or where it is going. It is not proggy enough for the hippies, not heavy enough for the rockers and not jazzy enough for the jazz rockers either. The cover's sub-Yes style is awful too.

Of A Lifetime has a lengthy, grandiose guitar intro and some suitably haughty proggy-style vocals, it never really gets anywhere but is pleasant enough, with some great guitar at the end.
In The Morning Day is a laid-back rock ballad that suffers from a muffled production. It has some kicking heavy parts in the middle and some superb drumming, together with some Deep Purple-esque swirling organ.
Kohoutek has some Led Zeppelin-influenced keyboard parts and overall has some impressive guitar and drum parts in its instrumentation (there are no vocals). It rocks pretty solidly, to be fair to it, but without ever achieving too much I guess. It does sound a bit like an extended jam session, albeit a very good one.

To Play Some Music is more proggy in its rock structure. It has vocals but they aren't great and the whole sound is a bit of a mish-mash. It seems like the ex-Santana members have brought with them some of that group's sound but left behind the Latin bits, to the detriment of the offerings here.
Topaz is the closest thing to a Santana sound here, featuring some searing guitar, excellent percussion and some vaguely Latin, space jazz sounds. a lovely rhythmic bass line underpins it as well. It is probably the album's best cut, for me.
In My Lonely Feeling is typical big, thumping heavy rock balladry, but without any discernable hook. Its instrumental passages, presumably Conversations are nice though, with some Gary Moore meets Jeff Beck-type guitar soloing.
Mystery Mountain is a powerful drum and organ-driven closer to this short album with some more indistinct vocals. The track reminds me of early Mott The Hoople in some ways. Some more good guitar is to be found on this one.

Look, this is an ok way to spend half an hour and, while for some reason I am not quite sure of, I own the album, I don't think I will be hurrying to play it on a regular basis. 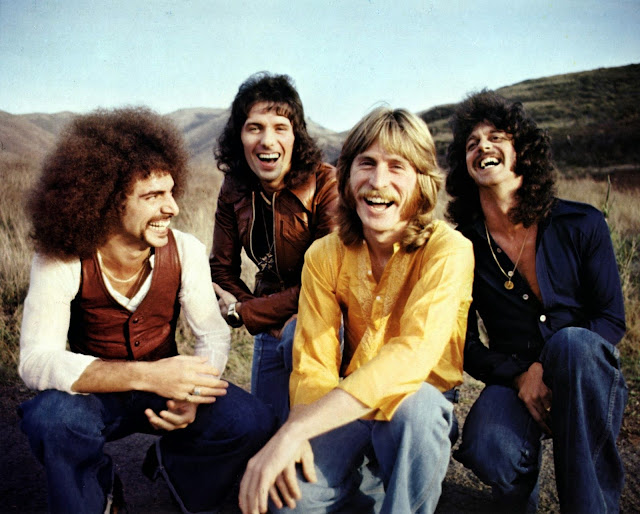 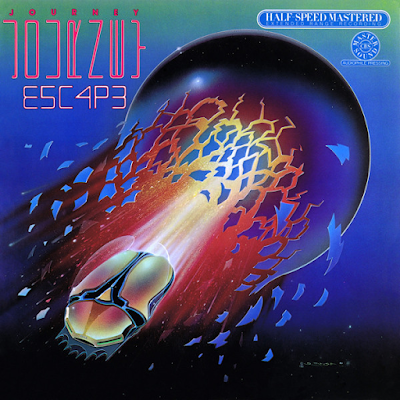 When this was released, new wave, post punk, two tone and new romantic were all the rage, yet somehow, AOR albums like this always sold well and found an audience. In a way it was a few years ahead of its time in its classic "arena rock" as it was called then. It was, unsurprisingly, huge in the USA and is one of the best-selling rock albums of all time.

Don't Stop Believin' is my old punk's guilty pleasure and, you know what, I don't give a damn, it's bloomin' marvellous - the piano intro, that Neal Schon "diddly-diddly-diddly" guitar bit that gets louder and louder at 0.55 seconds onwards, then the power chords and, of course, Steve Perry's classic soft-rock vocal. Love it. Sorry. It is a genuine rock anthem. "Some will win, some will lose, some are born to sing the blues...." is one of the great rock lyrics of all time. Now get that air guitar out, man. Everyone becomes a rock star for a few minutes while this is on. Even me. 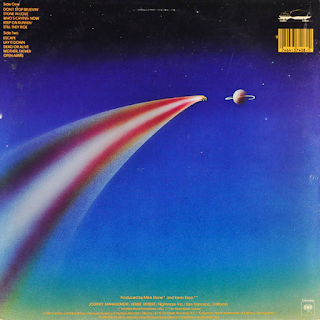 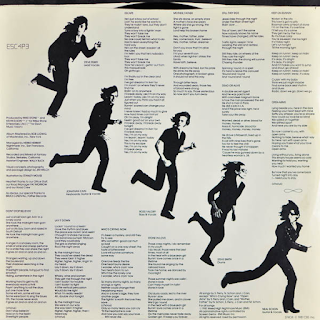 Stone In Love is almost as good, with a wonderful riffy opening and another killer vocal from Perry. More air guitar opportunities and hairbrush singing opportunities abound here.
Who's Crying Now is also instantly recognisable by its keyboard melody and laid-back AOR chorus and ambience in general. It again is a classic of its genre.
The solid rock of Keep On Runnin' has Perry adopting that traditional high-pitched heavy rock vocal style. Still They Ride slows down the pace a little with a big production, grandiose rock ballad.

The riffage is back with the rocking, upbeat Escape. There is some great instrumentation on this as well, rollicking piano, jabbing synths and pounding drums. Great stuff.
Lay It Down is simply another copper-bottomed chunky rocker. Dead Or Alive is a regular rocker of the kind Mott The Hoople spin-off Mott did a lot of in the mid-seventies.
Mother, Father is probably the album's weakest number, being a little bit ponderous and overbearing. Open Arms is an anthemic closer.

This really was Journey's finest half-hour, there is not a duff track on this album. Of its type, it's fantastic. 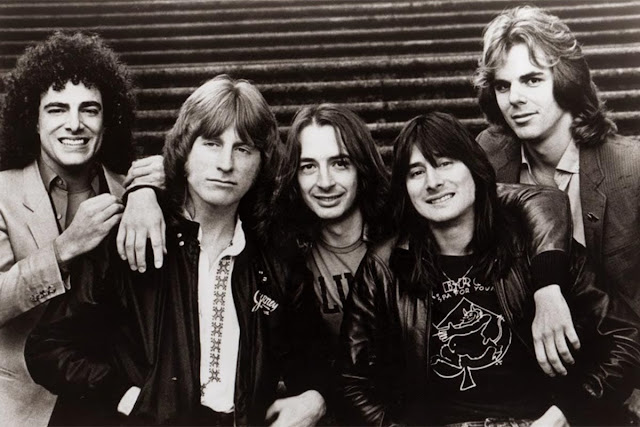