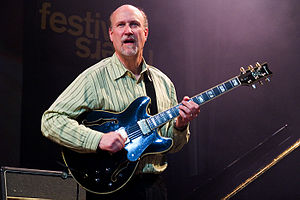 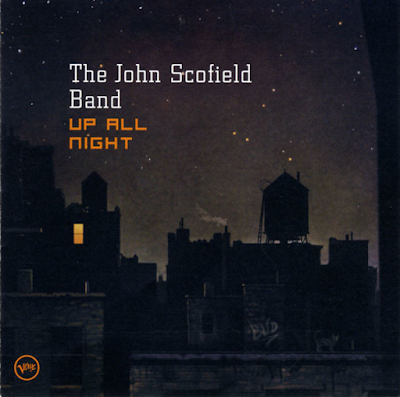 John Scofield is an American jazz/funk guitarist who has released loads of albums. I only know a few of them, so cannot claim to be a "proper" fan, but what I have, I like. He played with Miles Davis on three albums in the eighties, so that is a testimonial. This is very much one of his funky albums. The funk is so good at times it hurts. Scofield gets into a groove and serves up some delectable stuff. He is not afraid to experiment, either, using tape loops and electronic instrumentation in places.

Philiopiety is a marvellous, invigorating funky workout, with West Africa vibes and some hip/hop-style breaks.
Watch Out For Po-Po has a simply succulent drum, bass and guitar intro and a totally irresistible slow groove rhythm to it. It is funky beyond belief. There are some Talking Heads/Brian Eno-style electronic keyboard loops/noises augmenting the funk as well, giving it a vaguely electronic/futuristic feel. The percussion, at one point, goes a bit dubby too.
Creeper is a laid-back shuffler featuring some tasty jazzy guitar breaks. Watcha See Is Watcha Get was a Stax hit in 1971 for The Dramatics. Here it is presented as a cool, fifties-style jazzy workout, with Scofield's guitar to the fore, together with some impressive brass.

I'm Listening introduces the "ambient" thing to the sound, with some quiet bass and some feedback-ish guitar swimming around. It is a short mood-changer before the Fela Kuti-inspired strains of Thikathali come in. As soon as you hear that insistent, melodic guitar groove and those horns you think "Fela Kuti". There are also some lilting guitar breaks more reminiscent of those of Congo or Soweto, however. The rhythm is mouth-wateringly addictive.

Four On The Floor has a slow. grinding beat and heavy drum sound, while Like The Moon sees the mood drop down to very ambient once more for a quiet, reflective, late night piece of sleepiness.
The upbeat funk returns, unsurprisingly, on Freakin' Disco. The Kuti rhythms are with us again, as well as some killer percussion and exhilarating electronic keyboard noises. After about six of its eight minutes it goes ambient, however and loses itself a bit in electronic trickery for the sake of it. The bass is still great, though.
Born In Troubled Times has a bit of a mysterious Blaxploitation, slow funk groove to it. The final track, Every Night Is Ladies Night, you would expect to be an upbeat, disco-ish cut, and indeed it is, with a delicious bass line.

While this is undoubtedly a high quality, excellent-sounding, immaculately played instrumental album, I have to say that an hour of it leaves me wanting a change. I prefer to dip into tracks from it as part of a playlist, or maybe for half an hour. That is not a criticism, though, because it is still a top class offering. 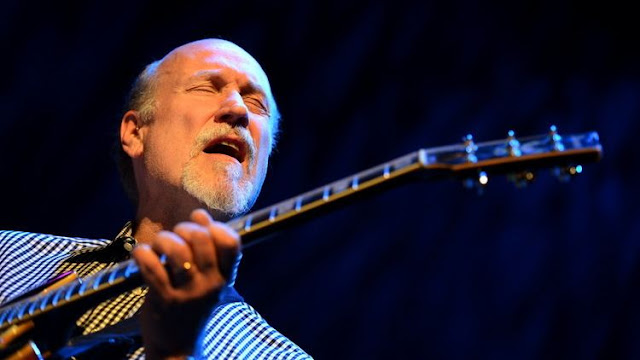