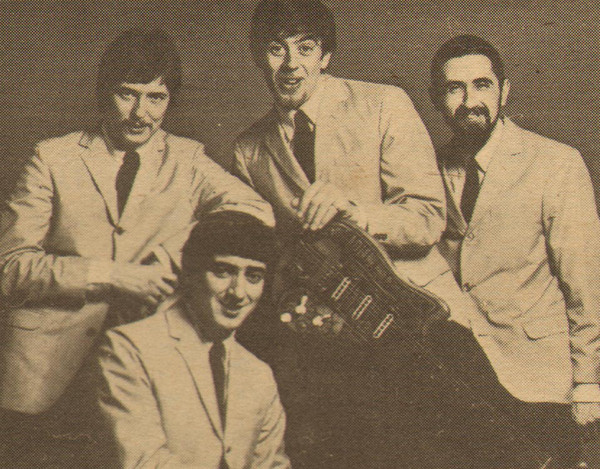 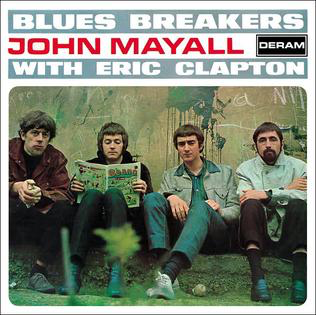 One of the great British blues rock albums from the mid to late sixties. Released in mid 1966, it is a collection of covers of blues standards similar to the material recorded by The Rolling Stones, The Kinks, The Yardbirds and Them and some songs in similar style penned by Mayall.  There was a link with The Yardbirds in that Eric Clapton from that band played guitar on this album. Bass was played by John McVie who would go on to be what would start out as another blues rock band - Fleetwood Mac.

The sound quality is excellent throughout. The stereo and mono versions are both superb. The stereo is excellent but, when turned up loud, the mono really packs a punch, with a huge bass sound that shakes your speakers. Just as I love it. The mono recording, remastered here, really is a revelation.

All Your Love starts as a slow burning blues and speeds up at the end to a thumping, strident piece of blues rock. The same pace is continued with the upbeat, pulsating instrumental Hideaway, which features some seriously impressive guitar.
Mayall’s Little Girl has hints of early Beatles mixed with early Stones. His attempts to write his own blues numbers are more impressive than those, say, of The Kinks. Similarly, Another Man is one of his and features some convincing blues harmonica. 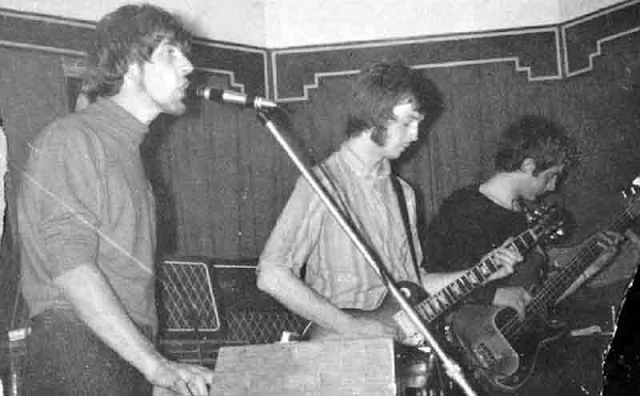 Double Crossing Time is a co-written number with Clapton and, as you may expect, is dominated by some top notch guitar. Again, it is a very credible blues. The sound on the guitar solo at 1.20-ish just comes out of the right speaker like a knife through butter. Gloriously clear, sharp sound. There was so much good music in the sixties that wasn’t the Beatles, it has to be said.
The Blues Breakers’ cover of Ray Charles’ What'd I Say is a good one, full of bluesy Georgie Fame-style organ and a high-pitched vocal from Mayall. The instrumentation on this is wonderful. A band in perfect synchronisation. I love the drum solo part half way through. The sound on it is once again peerless. A bit like seventies Deep Purple six years early. Unusual for a short, sharp blues rock band too. It also has Clapton injecting the riff from The Beatles’ Day Tripper into it at the end.

Key To Love has yet more stonking guitar and a punchy brass backing. Parchman Farm is a Mose Allison slice of Americana, complete with frantic harmonica and bluesy lyrics.
Have You Heard begins with some jazzy saxophone and a lovely, deep bass rumbling beside it. It has a real laid-back feel and some more seriously impressive sound quality. As opposed to most of the tracks, which are sub-three minutes, it is nearly six minutes long. Not a problem, the horn and guitar passages make it all worthwhile.

Robert Johnson’s classic Ramblin' On My Mind is enhanced by some excellent and clear blues piano. Steppin' Out, an instrumental, features some rock ’n’ roll rhythms and saxophone. Little Walter’s It Ain't Right has some hundred miles an hour harmonica and provides a breakneck, rocking end to a most enjoyable album. 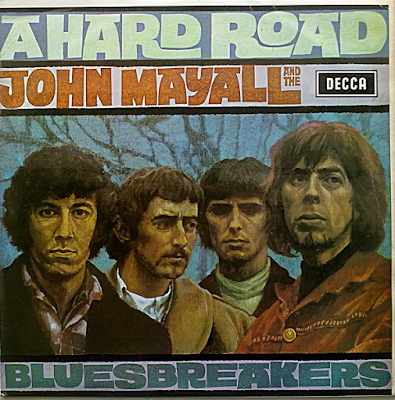 After the departure of Eric Clapton, soon to be Fleetwood Mac guitarist Peter Green joined Mayall for this impressive UK blues/r'n'b album. The rest of the band was another future Fleetwood Mac member, John McVie, drummer Aynsley Dunbar (who played on David Bowie's 1973 Pin Ups amongst many other albums) and John Almond on saxophone.

The album was the now customary collection of blues covers, such as Dust My Blues, You Don't Love Me and The Stumble, and originals, some written by Mayall, some by Green. It is also notable for using a horn section on three tracks, lending a distinctly jumping, jazzy feel to numbers like the lively Leaping Christine. Peter Green's guitar is superb throughout, reverby as opposed to Clapton's full-on attack and, although very much of its time, it is a highly recommended example of the best of late sixties British r'n'b.

Mayall painted the cover himself, apparently. The 2003 remaster has wonderful sound quality and many bonus tracks, all in the same vein. 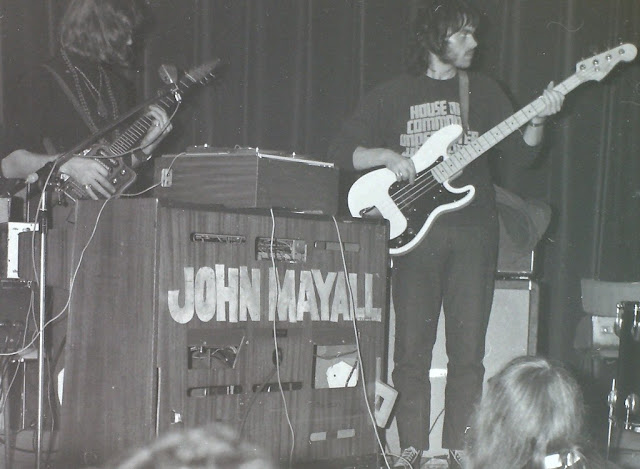