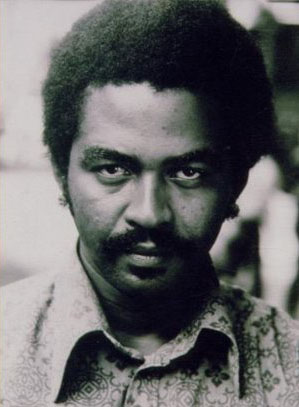 The Best Of John Holt (Trojan) 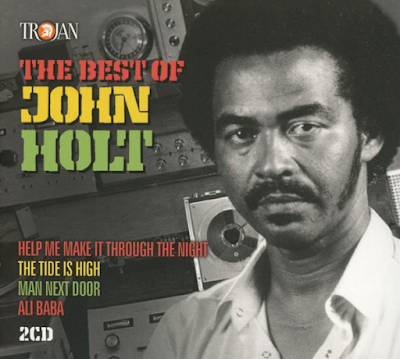 John Holt was best known for covering mainstream soul and easy-listening chart hits and reggae-fying them with a melodic, lilting reggae beat and often lush string backing. However, he also released some reasonable material that was his own, or were authentic reggae songs from other writers. He also wrote songs for his pre-solo career group, The Paragons. He was not a stranger to early, prototype rootsy material either. Happily, this excellent compilation from the legendary Trojan label takes these points into account and covers Holt's career pretty comprehensively. It is not simply an album of covers.

Most people are familiar with the catchy cover of Help Me Make It Through The Night (made famous by Gladys Knight & The Pips and its totally delicious brass backing.
Stick By Me will be well known to UB40 fans, as they covered it on Labour Of Love II, that also applies to Wear You To The Ball. The latter was also covered by the roots DJ "toaster" U-Roy. Holt's original, with The Paragons, is the vocal only version, no toasting. The Paragons' The Tide Is High was, of course, taken to the top of the charts over a decade later by Blondie.

You Will Never Find Another Love Like Mine, a Lou Rawls soul cover, may have a romantic lyric, but it has a deep, rootsy skank to it. Sweetie Come Brush Me has a sumptuous, mid-pace, brassy but dubby irresistible rhythm. It has that dubby reverb sound to it and those high-pitched synth-drum sound effects that don't have an onomatopoeic word. You will know the sound when you hear it. It was used a lot on Janet Kay's Silly Games as well.
Holt re-makes Jean Knight's Mr. Big Stuff as Sister Big Stuff in an effective rock steady style.

Joya Landis's I'll Be Lonely was a duet with Holt. Let's Build A Dream was a duet with Leroy Sibbles. Both of these are early recordings and the sound quality isn't so great on them. Most of The Paragons' recordings are also not as good, sound-wise as Holt's later solo stuff.

Holt was there at the beginning of certain reggae sub-genres and that is evidenced on some tracks here. We get an early example of Dancehall/DJ reggae in Tommy McCook's Ali Baba, which has been sampled and re-recorded endless times by roots and dub artists. That distinctive bass break on repeat and nonsense-style lyrics would come to categorise so much later dancehall material.
Ghetto Queen also has an early roots feel to it. Yes, it is not the roots stuff that categorised the mid-late seventies, but there were hints in the sound of the grooves that were to come.

Of the several Trojan "best of" compilations, there are others I prefer more, quite a few, in fact. That is not to say there are not good tracks scattered around on here, but not enough of them to stop me from cherry-picking them.