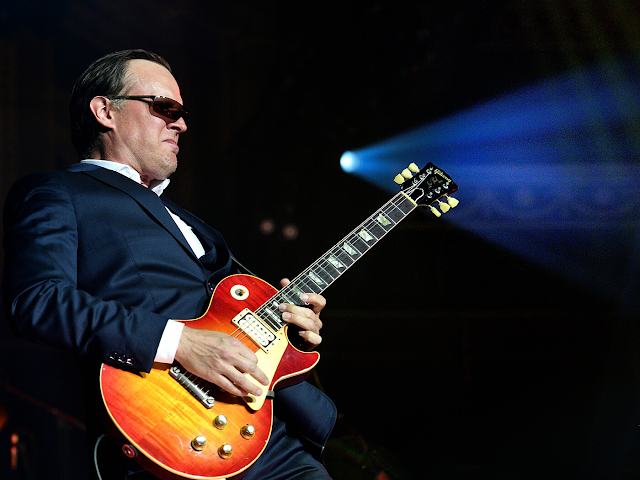 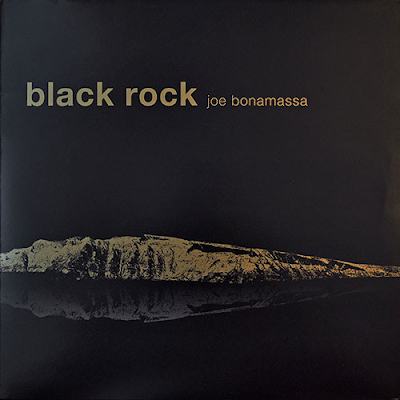 Joe Bonamassa's blues rock is very much influenced by sixties British blues rock, far more so than the music of the Mississippi Delta. He adds to it a post-2000 sonic bombast and his albums are a bit of an aural assault, although they are certainly powerful and blow the cobwebs away. They are full of massive, searing riffs and thumping drums, together with his gritty voice. All good stuff, but the listener doesn't get too much relief. It is thick, heavy, crunching modern blues rock.

Steal Your Heart Away is an old Bobby Parker blues from 1961 that Bonamassa turns into a chunky, throaty and industrial rock number. A cover of John Hiatt's I Know A Place has some mighty riffs, and thundering piledriver drums. It has a great solo half way through too.

When The Fire Hits The Sea has a classic, upbeat blues riff and a lively energy to it. Despite its catchiness, it is still beefy stuff. The soloing is again top class.
Quarryman's Lament gives us a change to the ambience, with its Celtic-style folk fiddle and laid-back folky feel. When Bonamassa varies his approach a little, such as on songs like this, things become a lot more intriguing. Both of those are self-penned songs.

Spanish Boots shows his liking for late sixties British blues rock in a strong cover of Jeff Beck's song from 1969's Beck-Ola. It is given the full storming Bonamassa treatment, which works really well.
Bird On A Wire is a cover of a Leonard Cohen song and it is done in a mournful, evocative style, building up impressively from a quiet beginning and featuring some lovely violin. It is one of the album's best cuts. Full of soul.
Back to some searing Chicago blues for the powerful Three Times A Fool, an Otis Rush cover. This one really rocks, with a throbbing bass line as well as some typical Chicago-style guitar from guest B.B. King.

Night Life is a wonderful slice of Stax-ish horn-powered soul/blues/rock. It is actually a Willie Nelson cover, but here, it drips with sweet blues rock honey. Love it.
Wandering Earth, a Bonamassa original, is a solid, slow-burning slab of gritty blues rock. Look Over Yonders Wall is a thumping, energetic Chicago-style number. The guitar is again sumptuous.

Athens To Athens is another Bonamassa has written in a folky, Led Zeppelin III fashion. Blue And Evil is a big, dramatic, Zeppelin-esque muscular rocker.
Baby You Gotta Change Your Mind is a surprisingly jaunty, lively acoustic piece of fluff to end on. It is at odds, sonically, with most of the album, however, despite some superb guitar-picking soloing. So, there you go, if you like your blues rock big, brash, loud and powerful, this is for you. Personally, although I do like the album, I am more of a sixties/early seventies blues rock man. 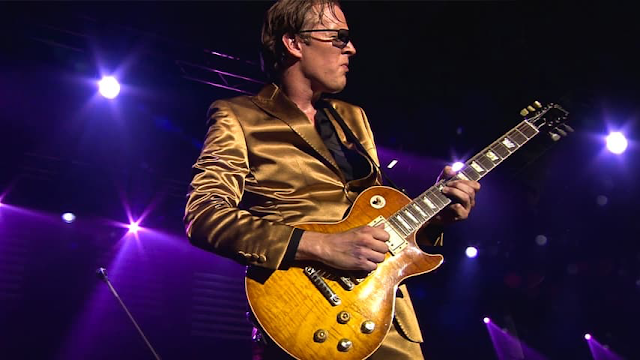 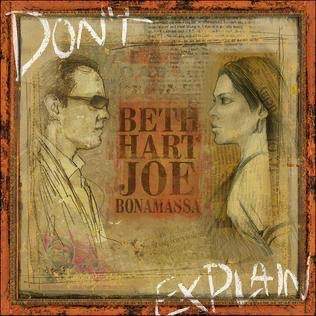 This is the first of three (thus far) collaborations between Beth Hart and Joe Bonamassa and is made up of cover versions. No matter, though, as the quality is top notch. The two of them complement each other perfectly. Sure, you can pretty much predict what you are going to get but it is none the worse for it, and the sound quality is excellent too - big, bold and bassy.

Ray Charles's Sinner's Prayer is a slow grind blueser that sees Hart taking a robust vocal lead and beseeching "Lord have mercy on me" in true blues fashion. It cooks and bubbles in slow-burning style from beginning to end. The short and comparatively jaunty Chocolate Jesus has an almost waltz-y beat to it and an infectious appeal. It is a Tom Waits song.

The tempo slows down on the late night smoky smoulder of Melody Gardot's jazz number Your Heart Is As Black As Night, which is full of embittered sensuality. The chunky For My Friends shows off Bonamassa's powerful guitaring (is that a word?) in the most vibrant way so far. Check out the solo at the end. The pair's blues rock approach transforms the Bill Withers song completely.

Billie Holiday's Don't Explain is dealt with competently by a sleepy-voiced Hart and then we get a superb eight minute plus rendering of Etta James's I'd Rather Go Blind. The pair of them make it their own (well, not quite but you know what I mean - they do a great job). Hart's gritty, earthy white blues voice is a knockout on this one. The girl can sing the blues, that's for sure. Joe's mid-song solo is peerless, of course.

Another Etta James song, Something's Got A Hold On Me starts with some somewhat irritating, slowed-down vocals before it suddenly starts to rock, big time gospel style, on the album's most upbeat cut. Bobby Bland's I'll Take Care Of You is a slow serving of bluesy soul that once again features some killer guitar.

Delaney and Bonnie's Well, Well is appealingly rocking, with a rhythmic drum sound. It is one of my favourites from the album. Aretha Franklin's Ain't No Way is a supremely dignified and suitably soulful way to bring things to a close.

Quality blues rock from two fine exponents of the genre. 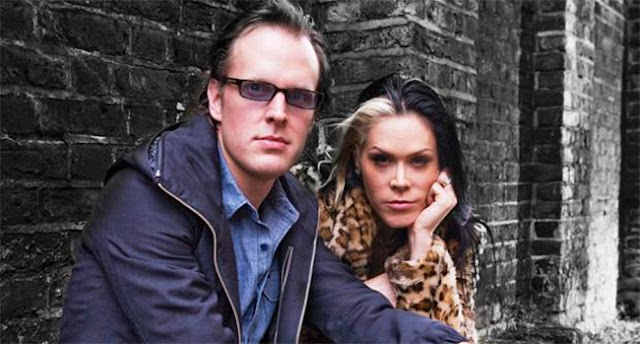 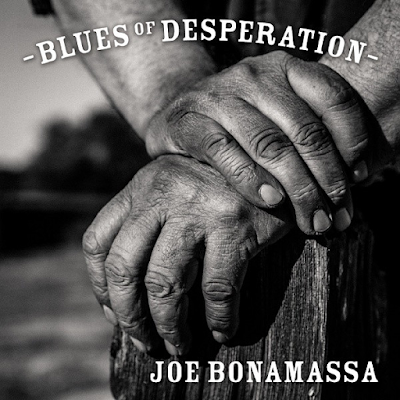 This Train/Mountain Climbing/Drive/No Good Place For The Lonely/Blues Of Desperation/The Valley Runs Low/You Left Me Nothin' But The Bill And The Blues/Distant Lonesome Train/How Deep This River Runs/Livin' Easy/What I've Known For A Very Long Time
This is, for me, far more of a rock album from the fast-becoming legendary blues rock man Joe Bonamassa. At times it has a real heavy rock thump to it, huge pounding drums and lots of industrial strength riffs. He has done many far more bluesier albums than this but it is loud, punchy and enjoyable. It certainly blows the cobwebs away and makes your speakers shake.

This Train is a storming opener, full of powerful rock drums, woo-woo backing vocals and chunky guitar. Bonamassa's vocal is gruff and totally in command throughout the track.
Mountain Climbing is a riffy, almost heavy rock number. Drive sees the full-on attack calm down briefly, with its melodic, laid-back and rhythmic Chris Rea-style intro. Joe's vocal is quieter and soulful. There is a great atmosphere on this one.
No Good Place For The Lonely is a solid, mid-pace rock ballad. It features an extended, killer guitar solo.

Blues Of Desperation is a mysterious one, with some swampy wah-wah guitar and big Led Zeppelin-influenced choruses.
The Valley Runs Low is a Don Henley-ish West Coast-sounding catchy number. It has a real soulful feel to it. You Left Me Nothin' But The Bill And The Blues is the first real, upbeat genuinely bluesy rocker on the album so far. Bonamassa's guitar on here is intoxicating and his vocal is superb too. As for the guitar solo in the middle. Glorious.

Distant Lonesome Train is once more massively punchy, but it also has an organ-driven seventies rock feel to it and a great rolling drum sound.
How Deep This Ever Runs is a muscular rock ballad  again augmented by stunning guitar and drums. Livin' Easy is a surprise - a jaunty, jazzy number completely different to anything else on the album, with everything toned down and keyboards and saxophone to the fore.
What I've Known For A Very Long Time is a horn-driven piece of bluesy rock to finish on. As I said earlier, though, this is more of a rock album than a blues rock one, or indeed a blues one. It is a powerful listen though. 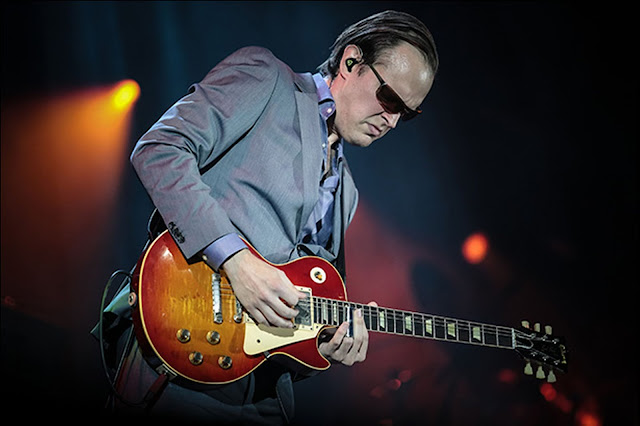