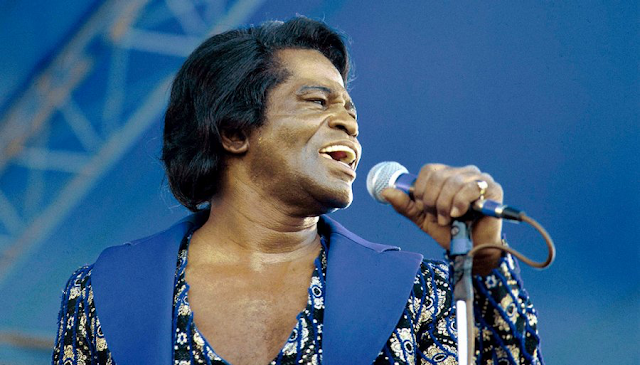 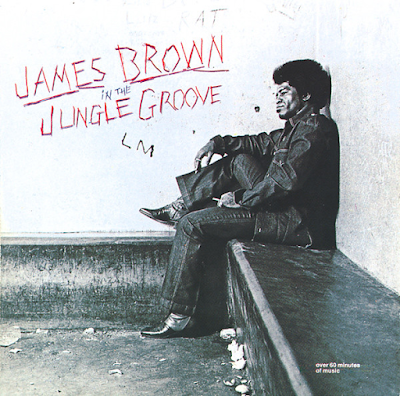 This was an excellent compilation of James Brown's funkiest material from the 1969-1971 period. Brown and his band were really cooking during this time. A lot of the material is scattered around on other funk compilations, but here it is collected all on one album. A whole hour of it, however, does get a little samey, despite the obvious quality, so a good thing to do is dip into it for twenty minutes or so.

It's A New Day sets the trend for the album - an effortless groove of solid, kick-ass funk, with repeated funky guitar lines, a bit like those used by Nigerian Fela Kuti over the next couple of decades. Brown and his band just get into a groove and keep the pot boiling, musically and vocally.
Funky Drummer is a delight - full of irresistible bass driving along the inexorable rhythm, along with a funky organ, sumptuous saxophone and, of course, some huge fatback funky drums. Check out some of those solo bits. "Bring on the juice, make me sweat..." exhorts Brown in trademark style.

Give It Up (Or Turn It A Loose) has a completely infectious organ riff and accompanying pounding drums and bass. Brown uses the "sex machine" lyric as he improvises. The percussion/cymbal work is also intoxicating. The bass and drum interplay near the end is sublime - deep, warm and rhythmic.
I Got To Move is introduced by some congas, giving a slight change to the sound. The eventual rhythm is slightly more laid-back and vaguely jazzy with its smooth horns and guitar licks. It is a track packed full of verve and melody under its funk.
Funky Drummer (Reprise) is a quick couple of minutes concentrating solely on the drum beat with rumbling bass and a few vocal and guitar/percussion interjections. Once more, it is totally addictive. 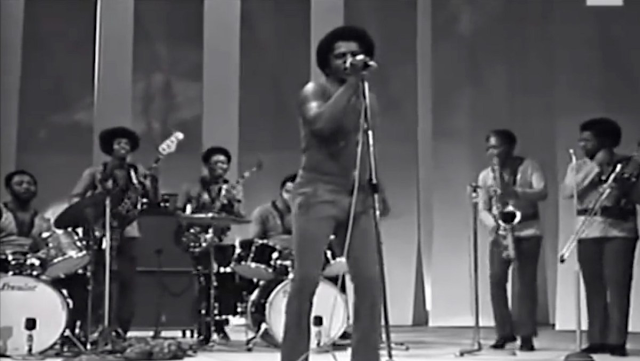 Talkin' Loud And Sayin' Nothin' has more of that seductive percussion - crystal clear, razor-sharp cymbals propelling it all along again with more help from the horns. The interaction between the band members is just instinctively brilliant. Superb stuff.
Get Up, Get Into It, Get Involved continues the groove, this time featuring some killer late sixties Hendrix-esque electric guitar.
Soul Power features the familiar guitar-picking riff that appears throughout most of the tracks. While it is very seductive, it is basically the same riff. Brown introduces his "go to the bridge" improvised vocal request that he has used many times.
Hot Pants is almost exactly the same. Blind Man Can See It has a slightly different feel, with a deeper bass line and that jazzy vibe again, particularly on the funky jazz keyboards.

Overall, however, seventy minutes of the same guitar riff being recycled, with random occasional vocals, is too much, but twenty minutes of it is fine. That is how I prefer to listen to it. Or mixed in with other shorter, different-sounding funky tracks as part of a random shuffle. Then the tracks really stand out for the wonderful pieces of instrumentation they are. 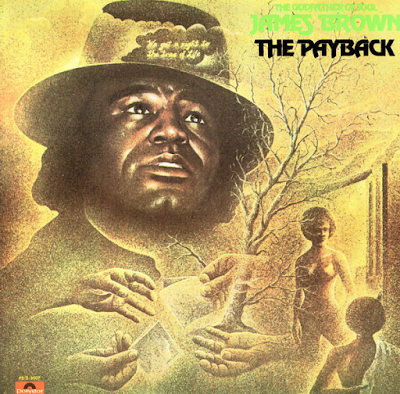 This was one of James Brown's most ambitious albums and contained some of his purest copper-bottomed fatback funk. It lasts well over an hour and contains only eight tracks (it was originally released as a doubly vinyl LP). Each track is arranged in a loose, jam-style fashion, full of consistent funky guitar, metronomic drums, kicking horns and tough, sinuous rhythms. It is almost jazzy in its instinctive interplay between the musicians, Brown's vocal similarly so, as he improvises as the rhythm just rolls on. Fela Kuti did the same on his AfroBeat recordings.

The album would also prove to be one of Brown's last great ones for a while, as his career went into a fallow period soon after lasting until the end of the seventies. The sound quality on it is superb as well, full of deep bass and clear seventies stereo.

The Payback is an undoubted highlight in its vibrant funkiness, but the album is not all cookin' funk, as the smooth, romantic and soulful Doing The Best I Can shows, with Brown's vocal impressive in its versatility. The bass line underpinning this one is gorgeous too. Brown also had a great way of making a studio recording sound like an ad hoc live number. He does so here as he puts a bit of Me And Mrs Jones into the song.
The funk on Take Some...Leave Some is so heavy it hurts and its horns are pure Blaxploitation soundtrack fare. Love that wah-wah guitar near the end too.

Check out that supa-funky, rumbling bass on Shoot Your Shot and its infectious percussion, then its jazzy trumpet interjections and that funky organ. Great stuff.
Forever Suffering is a wonderful slow burning slice of gospel soul. Stone To The Bone is probably the most familiar, with its Sex Machine references as well.

To be honest, though, however good this album is, I find that an hour and ten minutes of it is probably too much for one sitting, but a track or two at a time is most enjoyable, as indeed is the presence of any of the tracks as part of a classic funk playlist. Having said that, when any of the tracks are playing, I don't get tired of them during their eight minutes or so. They have an addictive quality to them. 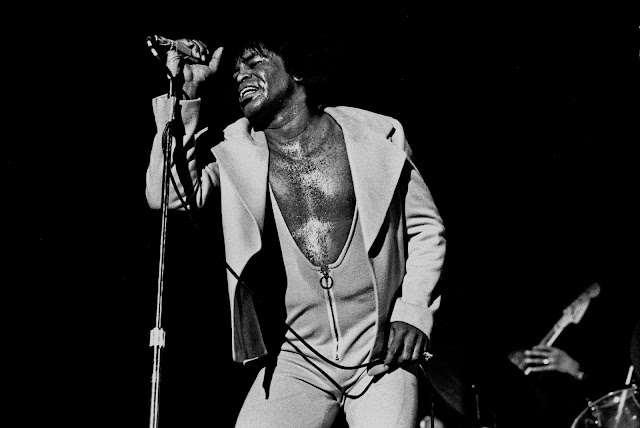 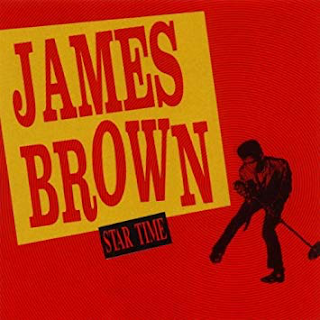 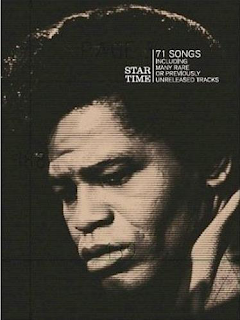 This is a truly excellent compliation covering the remarkable career of The Godfather of Soul. It covers his early rock’n’ roll/doo-wop influenced era with tracks such as Please Please Please, his first hit from 1956, I Know It’s True, Try Me, with its glorious fifties sax sound and Out Of The Blue, through the sixties horn-driven funk/pop of classics like I Got You (I Feel Good) and Papa’s Got A Brand New Bag. There is also the pure blues of It’s a Man’s Man’s Man’s World.

Also present is the Atlantic-style, churchy, organ-powered soul of tracks like Lost Someone. Brown covered several different genres of soul in his long career. Check out the Stax-y groove of Licking Stick-Licking Stick, a lyrically simple song but in possession of an absolutely intoxicating funky riff. I Got A Bag Of My Own is also impossibly funky. Brown just owns tracks like this. Listen to how he controls Get Up, Get Into It And Get Involved, like a crazed revivalist preacher.

Then we get the copper-bottomed essential seventies funk era with wonderful cuts like the shuffling, insistent funk power of Funky Drummer (check out that Fela Kuti-esque sax) , The Payback, Stone To The Bone, Get Up (I Feel Like Being A) Sex Machine and the cookin’ and riffy Hot (I Need To Be Loved, Loved, Loved), which uses David Bowie’s Fame riff (yes it was this way round, Bowie was first). Get Up Offa That Thing (Release The Pressure) is a classic Brown funk number too. He liked a bracket or two in his song titles (too). He did these funk numbers so well, so intuitively and effortlessly. Great stuff. a highly recommended box set. The sound quality is superb throughout, even on the early numbers. 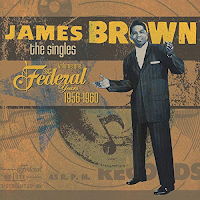 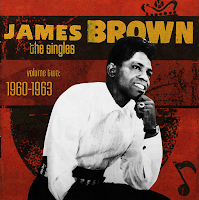 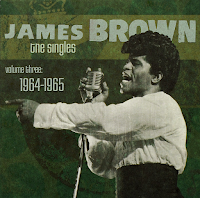 You simply can't argue with any of the ELEVEN volumes of James Brown's remarkable singles career, dating from his churchy, gospel roots in 1956, through the rock'n'roll influenced soul/pop of the early sixties, the r'n'b of the mid/late sixties, the bubbling, cookin' funk of the seventies and then interesting experiments into disco and even country by the end of the seventies and start of the eighties. Take your pick, any of it is wonderful, remastered to an incredibly high standard, but my personal favourites have always been the mega-funky years of 1972-75 and even the more disco-influenced period of 1975-79 found many songs delivered with a decidedly funky flavour. Just check out things like Superbad Superslick or Everybody Wanna Get Funky One More Time. There are some critics I have read who questioned the "blaxploitation"/Black Caesar period when Brown tried to get in on the Isaac Hayes/Curtis Mayfield socially-conscious thing, but I never had a problem with it - the funk that it produced was of the highest quality. 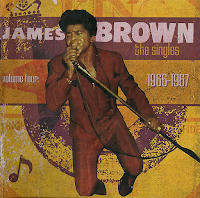 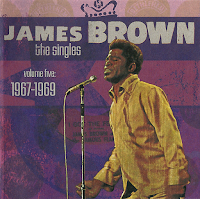 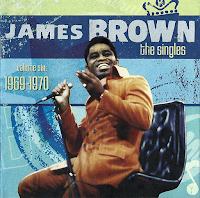 Brown was always such a perfectionist that a lot of the songs overflowed into "jams", so much so that many of them are divided into "Parts 1 & 2", but, as often was the case such as with songs like The Temptations' Papa Was A Rolling Stone, the instrumental "Part 2" was seriously infectious. Often the band would just carry on recording once they got into it. Yes, Brown was guilty of over-indulgence on a fair few occasions and a lot of his grooves were repeated on track after track over several years, but when the sound and the vibe is that good, I have to say I don't really care, particularly if these collections are cherry-picked. A great way of playing this cornucopia of material is by piling them all up into a "play" queue and selecting "random", then you really get to hear what a superb artist Brown was. It is probably the only way to do it, it is simply too daunting to play them all chronologically - you would be holed up for days. Just dip in to the vaults for an hour or  so every now and again for maximum appreciation potential. 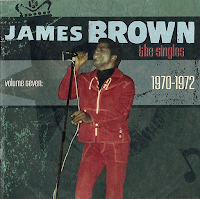 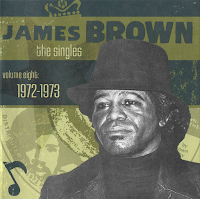 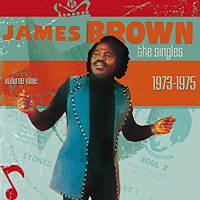 What is incredible is that each of these monster compilations covers a mere couple of years in Brown's career. The amount of material included is phenomenal and when you consider that it is just the singles and 'b' sides then it shows that Brown really was incredibly prolific. I have to say that every time I listen to any of this stuff I find it incredibly enjoyable. The sound is excellent throughout too - big, warm and bassy, as it should be. 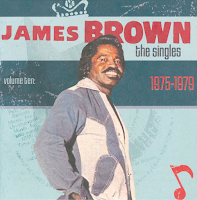 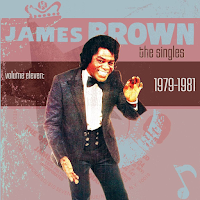