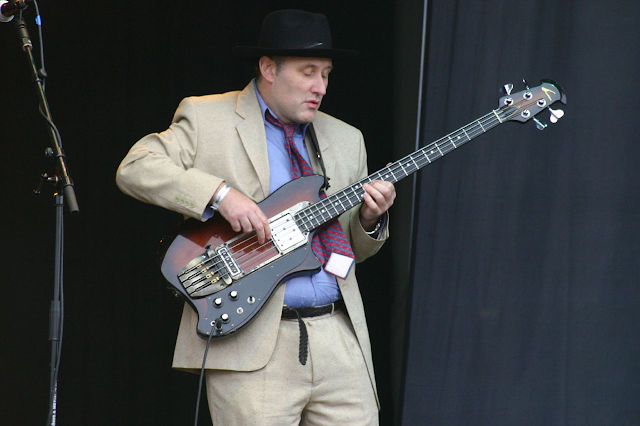 "I think dub is at its best when it is used with roots music, which normally tends toward pentatonic scales and no developed harmony. That pretty much applies to English Folk, swathes of sub-Saharan African and North African music, Chinese traditional music, Japanese music, American Appalachian music et al….” - Jah Wobble
Jah Wobble - In Dub (2016) 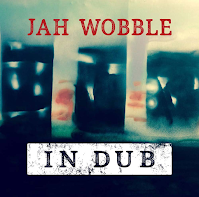 This is a massive, exceptionally interesting, innovative compilation of 39 tracks from bassist and dub aficionado, Jon Wardle (aka Jah Wobble), who played bass for the early years of Public Image Ltd. It would be a considerable thing to comment on every single track, individually. Wobble, in his sleeve notes, sums up his intentions when creating his music far better than I could do, writing about it, of course. He says it all, really, in the quote at the top of the page.
Wobble’s ventures in to Chinese music are beguiling, such as on Club Scene Dub, the mysterious Orion, where a booming bass meets the gentle, subtle sounds of China, and Dragon And Phoenix. Cleopatra King Size experiments with North African, sufi-style rhythms and sub-Saharan drum sounds. There is also a Japanese dub, entitled Shinto Dub, complete with martial arts-style noises.

Personal favourites are the hypnotic, Fela Kuti-influenced Forest Funk Dub, with its captivating bass lines and percussion, and the rootsy Forest Fate Dub. Wobble goes all spacey with Inspector Out Of Space. I'd Love To Take You Away features a plaintive, rather bleating, reflective vocal from Wobble over a sort of electronica meets New Order backing. The dub version of it is bassier and, in places it sounds a bit like Groove Armada's At The River or Norman Cook’s Beats International. That sort of ambient thing, man. On all the tracks there are instrumental bits that just catch your attention. On this one it is the popular dub instrument - the melodica. There is all sorts of stuff on this album - dance grooves, folky fiddle parts, Celtic flute, electronica, pure dub, wah-wah guitars, jazz fusion, jazz funk, many types of “world music”. Of course, there is big, booming rhythmic bass throughout the album. The music is dub, but with a difference.
It is a most interesting album to delve into. Put it on random and play a few tracks every now and again. That is how I like to appreciate it, as opposed to listening to all 39 tracks in one sitting.