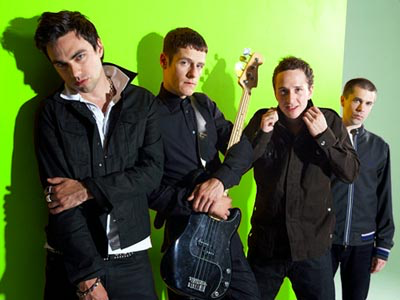 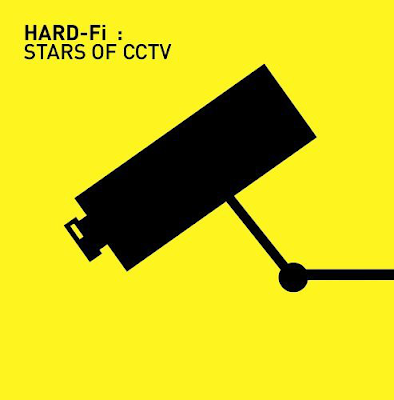 Like the debut album from The Dead 60s, released in the same year (a couple of months earlier), this is very throwback-ish first offering from this Staines, (Greater West London) band, revisiting the sounds of The Clash and The Specials from the late seventies, Big Audio Dynamite from the eighties, Oasis and Joe Strummer's solo work from the nineties. It isn't quite as obviously derivative as The Dead 60s' album, containing more contemporary indie/dance-inspired sounds, but it is definitely pretty full of post-punk, white reggae, new wave vibes. They are all over it, really. Either way, it is a good album, very atmospheric and charismatic. It was supposedly recorded on a budget, very "lo-fi". To be honest, you wouldn't have guessed, as the sound quality, while not 100% perfect, is still pretty good. Nice and bassy with a big thump to it. For an album that was praised as being a great "indie" album, it is surprisingly derivative. So much that an old punk/new waver like me, who has little or no working knowledge of indie bands, can listen to this as if it were released in 1979-80. 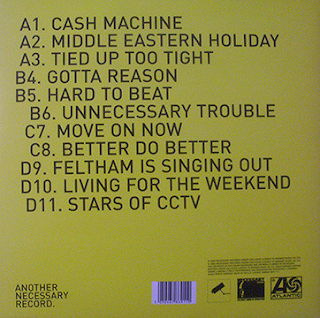 Cash Machine begins with some Augustus Pablo-style melodica and it progresses into a very Joe Strummer-esque grinding, slightly funky but slow punk number.

Middle Eastern Holiday has early Joe Jackson meeting The Specials with some sneering Oasis-style vocals.
Tied Up Too Tight has a sort of Oasis meets new wave thing to it, with some heavy riffs and a grainy, industrial-sounding backing. The vocals are very Strummer-esque. There is some searing guitar work near the end too. Gotta Reason is a powerful, bassy, thumping punky number.

Hard To Beat has an Oasis vocal whine to it, but a very late seventies riffy backing and a huge bass line. Unnecessary Trouble is a Clash-influenced, muscular number.
Move On Now is a real change in tempo and feel, being a plaintive vocal and piano ballad.

Better Do Better sees the power return on a big, atmospheric track with a huge, anthemic chorus. Feltham Is Singing Out is a catchy, but depressing, urban tale of youth crime (Feltham houses a young offenders institute).

Living For The Weekend is a very 2000s up and at 'em Oasis-style ebullient track. Stars Of CCTV is rhythmic, infectious song with a higher-pitch of vocal than on the others. Overall, it is an impressive debut album, for sure, really hard hitting. However, in nearly fifteen years since this album's release, Hard-Fi only released one other album, although the band are still around, it would seem. 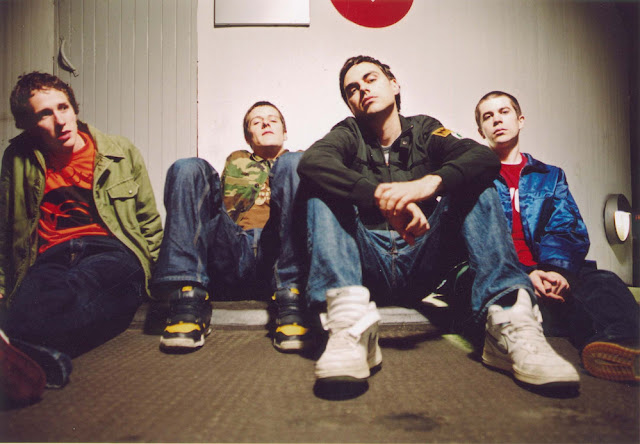