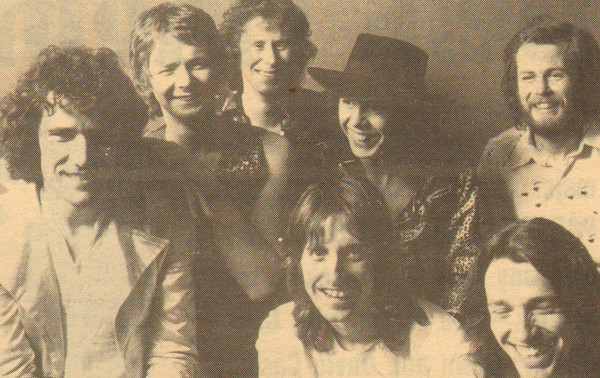 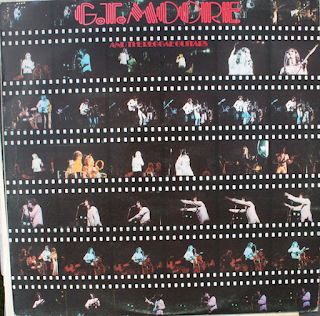 This is a great "forgotten" seventies album. I used to own it back in the mid seventies. It is possibly the finest reggae album from a white group, before The Clash, The Police, Stiff Little Fingers and the like started to dabble in reggae. In 1974, Eric Clapton and The Rolling Stones were experimenting with reggae, but this London-based group went the whole hog and were a reggae group, as their name suggests. It is a shame that they never got the success they deserved. The only way of getting hold of the album now is via this download, which sounds to me like a "needle drop" i.e. recorded straight from a vinyl record. It highlights the limitations and frustrations of vinyl for me - scratches and crackles. They are only slight, though, and I am prepared to accept a bit of a dull sound in order to hear this album once again and bring back those memories of 1975. G.T. Moore's name, incidentally, was Gerald Thomas Moore. 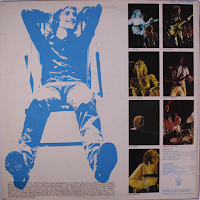 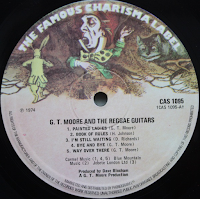 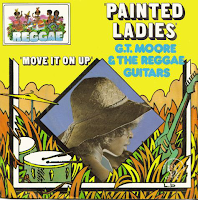 Painted Ladies is an upbeat opener, with some convincing skanking rhythms and Moore's slightly cockney vocal. It is a fine piece of "white reggae". Book Of Rules is a superb cover of The Heptones' hit. It was this song that first attracted the teenage me to this group. The reggae rhythms sound completely authentic. It is only the vocal that mars the group out as not Jamaican. The music they have down pat. I'm Still Waiting is actually a cover of the Diana Ross hit, and although the reggae sounds are impressive, it doesn't quite do it for me, although it features some catchy reggae horns.

Bye And Bye has a great skanking sound, full of rumbling bass and a catchy vocal. It has a folky intro and outro, for some reason. Way Over There is a melodic groove that meanders along in a Ken Boothe style. Move It On Up (not to be confused with Curtis Mayfield's Move On Up) is a sort of reggae meets funk and rock. It has a lively, "live" feel, but the sound is more muffled than it ought to be. Thou Shalt Not Kill has one of the album's most bona fide reggae sounds and also carries a rootsy devotional message. It is only Moore's decidedly un-Jamaican-sounding voice that slightly mars the overall credibility. There are a few audible vinyl crackles on this one too.

Bad Johnny is a horn-powered skanker and the album ends with possibly the finest ever cover of Bob Dylan's Knockin' On Heaven's Door . In fact, ever since hearing this in 1975, I have always subconsciously sung "knocking on Heaven's door - I never felt like this before..." as this is how Moore sang it at the end of this version. The rendition has stuck in my mind ever since. Great stuff. 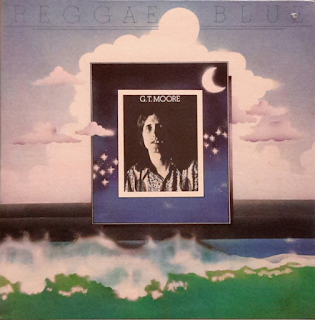 This was the second of the two albums from the unfortunately underrated G.T. Moore And The Reggae Guitars, who, for a year or so, were almost unique in their white reggae meets pub rock style. The punk meets roots reggae crossover that would sweep all before it a few years later was still a while away. They really had something, so it was a shame that it didn't ever take off for them. Their sound was convincing, too, sounding as authentic as you could expect it to be. Funnily enough, if this had been released in 1979-1980 it may have been far more successful. It is, to be honest, simply a really good album. It is less overtly reggae than their debut, exploring soul, funk, jazz and blues influences in places.

As with their excellent debut album, it is only really available as a download (for a reasonable price, anyway) and, judging by the very slight crackles that occur throughout the recording, it is a "needle drop" - taken directly from the original vinyl. There are less than on the band's debut album though.

A Girl's Best Friend has an organ-driven, Booker T & the MGs backing behind its mid-pace rock skank. Moore's voice is soulful and the lead guitar interjections are similar to those on Bob Marley's Catch A Fire after it had the rock guitar added. I Wouldn't Mind is a melodic, laid-back, quite mournful easy reggae ballad. The band have got the guitar skanks, the organ riffs and the "one drop" drums just right, something very few white reggae recordings were able to master. Think of Led Zeppelin's D'yer Mak'er as one of the worst examples.

C'est La Vie has a delicious Pressure Drop introductory rhythm and an incredibly catchy sound throughout. Why this was not a hit, even in 1975, when things like Paul Nicholas's Reggae Like It Used To Be were is a mystery to me. This is great. Imagine this sung by Toots Hibbert's gospelly growl in place of Moore's slightly lightweight voice. What a song that would be. 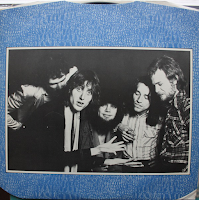 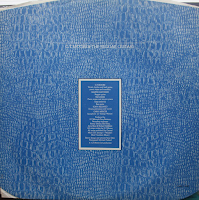 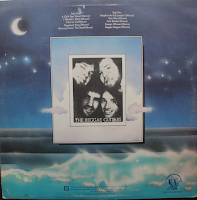 Vagabond King has a marching sort of beat and a rock vibe a bit like Traffic's material from the same period, and a killer "woh-oh" chorus refrain too. Running Down The Road begins with a rumbling bass line similar to that on Ace's How Long. This number is more a piece of soulful funk rock than reggae. It has a great guitar solo in it too. People (Who Kill People) is a Graham Parker-ish rock reggae strut of the sort that would become popular in 1979-80. It has an infectious, rubbery bass line. Otis Blue is an organ-powered slow burning soul number with a message about racial tolerance and a tribute to Otis Redding at the same time.

The reggae is back with the punchy and rocky Let's Breathe. Once more, the guitar is superb. This band could certainly play. Foreign Women is a bluesy number with slight slow-pace ska influences. Reggae Reggae is a lively, joyful skank to end this little known but impressive album.