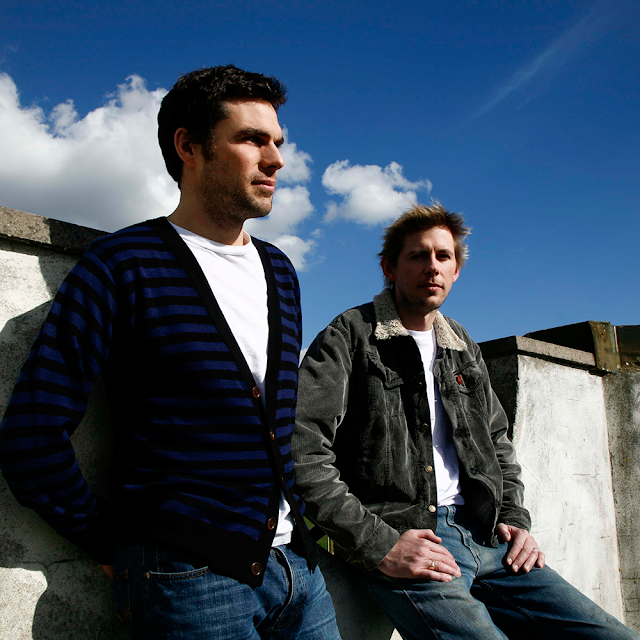 Groove Armada were first formed in the mid-nineties by Tom Cato and Andy Findlay. They were just the two of them and they produced electronic dance music using countless sampled vocals and instrumental parts. I have to admit here that I know naff all about dance music so my review is pretty futile, in many ways....
The Best Of Groove Armada 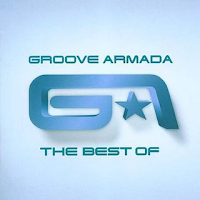 ....but, in some ways, though, it may be useful as the reaction of someone who knows next to nothing about the genre to the album. I do actually own the album and when I am playing my music in "random" shuffled format, a track from it may appear, and I can handle that and quite enjoy it but as regards dance music part of my musical culture, in any way, it just simply isn't. What also is probably relevant to point out is that much of this music is now around twenty years old, so while it is "young people's music" to an old has-been like me (born in 1958), it is "boring, dad music" to today's young people and, indeed, something from "the good old days" for the early-40s.
Superstylin' merges a thumping dance drum beat with roots/dancehall reggae vocals (from MC M.A.D. apparently) and some synthesised brass sounds. If Everybody Looked The Same samples The Chi-Lites' We Are Neighbours and has a killer rumbling bass line. I See You Baby is their most well-known track. However rhythmic it may be, it is irritatingly repetitive.

At The River is a laid-back, ambient number that was, I am told, a successful "chill-out" number. I can see why. It has an infectious brass backing part and the lyrical refrain "if you're fond of sand dunes and salty air..." sampled from Patti Page's Cape Cod, an old 1957 hit. The bass loops are pretty delicious I have to say. It does have something about it.

My view of this genre is that it is full of impressive, often intoxicating parts, passages, riffs, loops, refrains, whatever, but they are either too repetitive or too brief. I find the music frustrating to be honest. A track like My Friend has some Ain't Nobody soulful parts, some Eastern vibes and some resonant bass, it samples from funk bands The Fatback Band and Skull Snaps, but I find myself wanting to listen to the real thing.

Purple Haze has some Jimi Hendrix-sounding guitar imitation bits, unsurprisingly considering the title and it kicks off into an impressively powerful, thumping instrumental refrain, with some hip/hop vocals. Chicago has an excellent opening funky guitar and bass riff, but as with all this stuff, it pushes on in its thumping, trancy way, never really getting anywhere. There are some excellent spacey synthesiser and throbbing bass parts near the end, I have to say.

Easy has a solid, vocally soulful, pounding intro that sounds promising, but again, never quite gets there. The sweeping string orchestration brings to mind some of The Temptations' psychedelic soul material, though, in places. As it carries on I have to admit it does sort of take over, and again, some of the bass lines are sumptuous. Think Twice.... is undoubtedly my favourite, no doubt because it is a slow-burning, soulful "proper" song, with full vocals and a piano backing as opposed to a metronomic dance beat backing. I enjoyed this a hundred per cent more than the rest. Actually the same applies the chill-out with soul vibes of Inside My Mind (Blues Skies) and Little By Little. Of course, I was always going to enjoy the ska riffs of But I Feel Good.

Overall. I do understand how this material appeals to many though and I guess it sounded great shaking the walls of a club in the late nineties, but listening to it myself, I can't wait to put something else on, I'm afraid.

Basically, the whole sampling thing has never really been for me. I just want to hear the real thing. I want soul, funk, roots reggae, rock, hip/hop or whatever in their own right, not cut and pasted here and there over a basic, computerised rhythmic track. As I said at the beginning, dance music isn't my thing, so I am probably the wrong person to credibly review this. What the hell, I gave it a go.
Email ThisBlogThis!Share to TwitterShare to FacebookShare to Pinterest