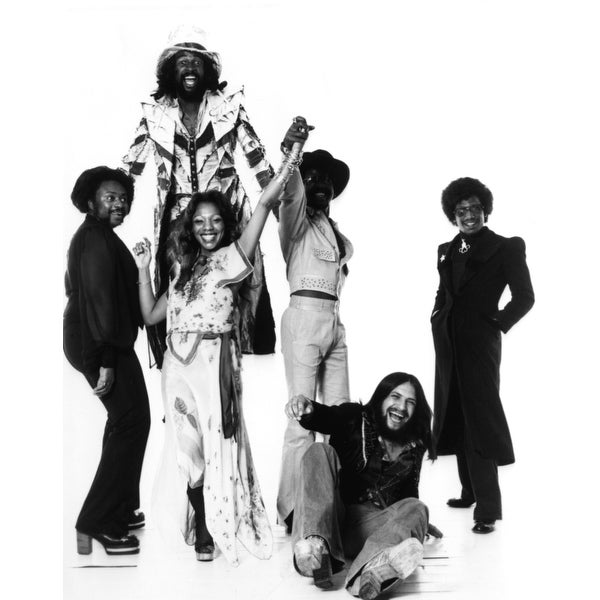 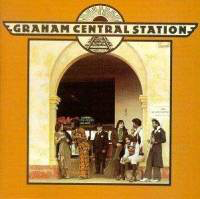 Graham Central Station were a funk band formed  by ex-Sly & The Family Stone bass player Larry Graham, after his falling out with Sly Stone (over who knows what - girls, drugs...). This was their debut album.

After a short vocal intro in which the group tells that they have been "waiting so long to sing their song...", they launch enthusiastically into the blatantly Sly-like brassy funker It Ain't No Fun To Me.
Hair just has the funkiest, grooving bass line intro, together with some funky clavinet licks and some Sly/George Clinton nasally vocals telling us "not to judge a man by the length of his hair....". Sure, man, I can dig that. The funk on this track is seriously hot at times, particularly at the point when the second vocal kicks in. They just get into a groove and keep going, occasional vocals coming in over the cookin' backing.
We Be's Getting' Down is a clavinet-driven slow burner, and again it is very derivative of Sly's There's A Riot Goin' On album. It has a great guitar break half way through. There is some good virtuoso stuff on these tracks. Again, they go on about long hair in the lyrics. 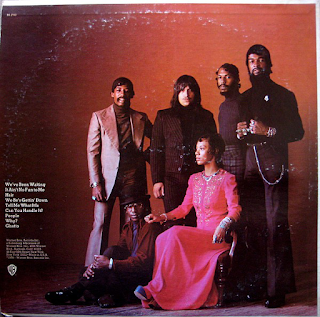 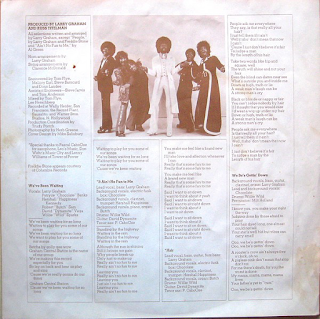 Tell Me What It Is is an intoxicating, rhythmic brew of funky drumming, addictive percussion soulful vocals and some rubber-band bass guitar from Graham.
Can You Handle It? is part a smooth soul song and part some Sly-style wailing above trademark funky wah-wah guitar. People is, I guess, the most "aware" of the songs, but it is no Marvin Gaye or Curtis Mayfield - the vocals are a bit muffled, to be honest. It doesn't really matter though. For me, this album seems more about the groove than the actual "songs". It has some red hot guitar parts on it, so don't worry about the vocals.

Why is actually my favourite track on the album - a female vocal-led soaring slice of boiling hot funky soul. The voice is great on this one.
Ghetto finishes the album with an insistent funk groove with some more slightly indistinct vocals. Overall, it is an enjoyable pice of seventies funk, but somehow you have a nagging feeling it just could have been a bit better. 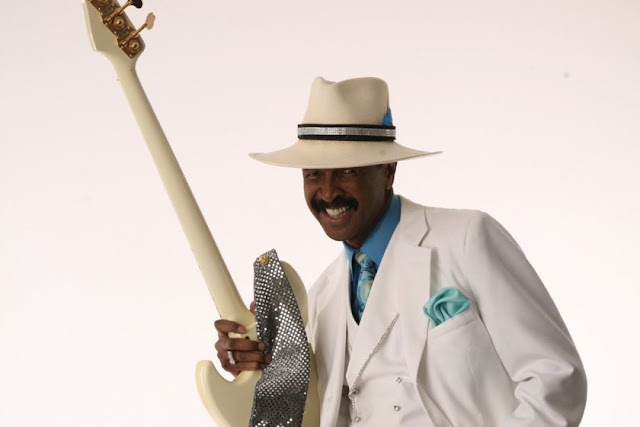 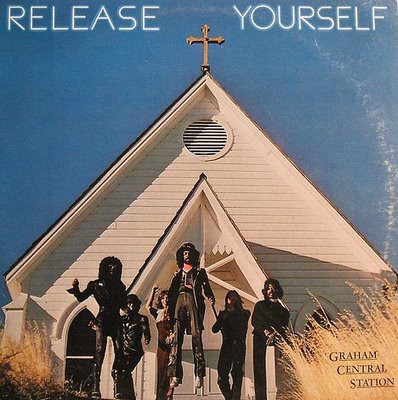 This was probably Graham Central Station's best album, after a slightly patchy debt the previous year, bassist Larry Graham of Sly & The Family Stone fame and his group got their act together and produced an album of mature, enjoyable funk and soul.

G.C.S. is a rumbling, funker dominated by swirling keyboard riffs and the band introducing themselves and a catchy chorus refrain, sung as "Gram Central Station".
Release Yourself is a frantic, upbeat piece of vital funk, with all the band taking different lines on vocals. The clavinet backing is incredibly fast, matching the breathless brass and drum rhythm.
Got To Go Through It To Get To It is a jaunty, effervescent piece of brassy, staccato funk. It is very Sly & The Family Stone influenced.

I Believe In You has a sumptuous slap-bass line driving forward its slow burning funk/soul rhythm and some excellent brass, clavinet and drums interplay in the middle.
'Tis Your Kind Of Music is a spacey, vaguely futuristic funky workout, with ethereal female vocals arriving half way through. A soulful male vocal from Graham joins in later, trading off against Patryce "Choc-let" Banks. It is almost psychedelic funk, if there is such a thing. 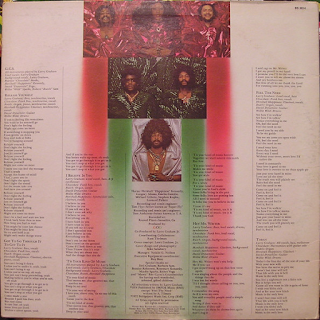 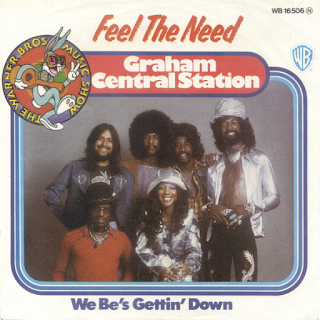 Hey Mr. Writer is another upbeat funky number with some fantastic guitar soloing. Feel The Need is a funked-up cover of the 1972 Detroit Emeralds hit.
Today is a jazzy, improvisational organ-driven number with a lengthy instrumental introduction before some choral, uplifting vocals arrive. The kitchen sink gets thrown in half way through, led by some searing rock guitar.

On reflection, this is my favourite of the first three Graham Central Station albums. They released many more but it is these first three which were the really potent ones. 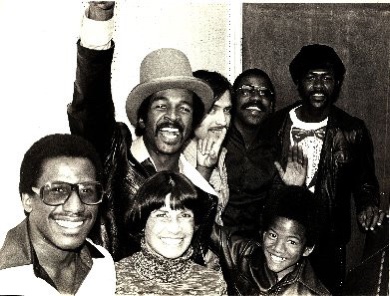 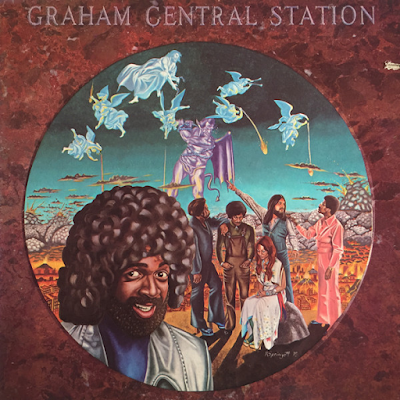 This was bassist Larry Graham's third album after leaving Sly & The Family Stone acrimoniously. It serves up more of the same fare that his first two albums had - copper-bottomed, solid seventies funk. It would be a big influence on the whole Parliament/Funkadelic style of extended, guitar-driven funk. It is a pretty classic example of pure funk from the era.

The Jam is a lengthy jam (would you believe) which has various group members soloing - organ, "funk box", drums and bass, where Graham introduces himself before going into a buzzy bass solo. If you want eight minutes of genuine seventies funk, stick this on.
Your Love is a delicious slice of breezy, light but brassy soul that comes as a bit of a surprise after the deep funk of its predecessor. It features a superb female vocal from Patryce "Choc-Let" Banks (who was also the funk box player).
It's Alright is a return to cookin' funk once more. It has a great bass and percussion interplay in the middle, enhanced later by organ and wah-wah guitar. 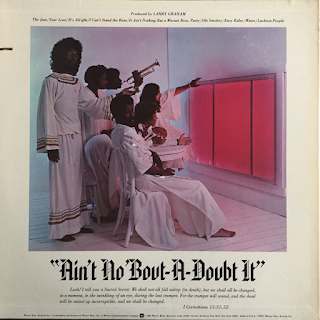 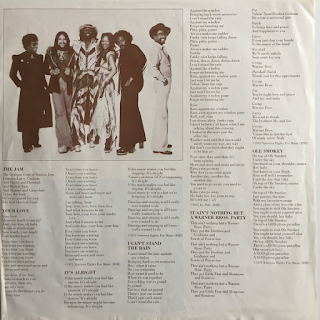 The cover of Ann Peebles' I Can't Stand The Rain is a bit drawn-out in places, but otherwise is a solid interpretation. It Ain't Nothin' But A Warner Bros. Party is a wonderful, lively funky party of a song (unsurprisingly). Presumably it is a tribute to their record label as opposed to a rant against it.
Old Smokey is a piano-driven slowed-down bar-room version of the old folk song, with a bit of jazzy New Orleans brass enhancing it.

Easy Rider is a fast-pace bassy boogie of a number, far more rock than funk. The deep funk is back though on Water, with its massive slap-bass sound and fatback drums.
Luckiest People suddenly finds the group going all Harold Melvin & The Blue Notes, with a bit of soul balladry. The vocal on this one isn't great and it sits a bit incongruously with the rest of the album.

Personally, I much prefer this GCS album to their first one, however. The music is far more credible, with less silly interludes. The group's second album is probably their best, in retrospect. This is still a good album of its genre. Terrible cover, though. 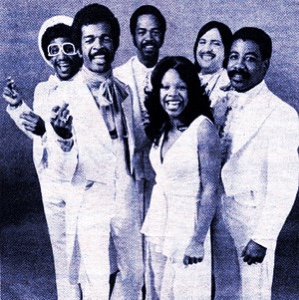