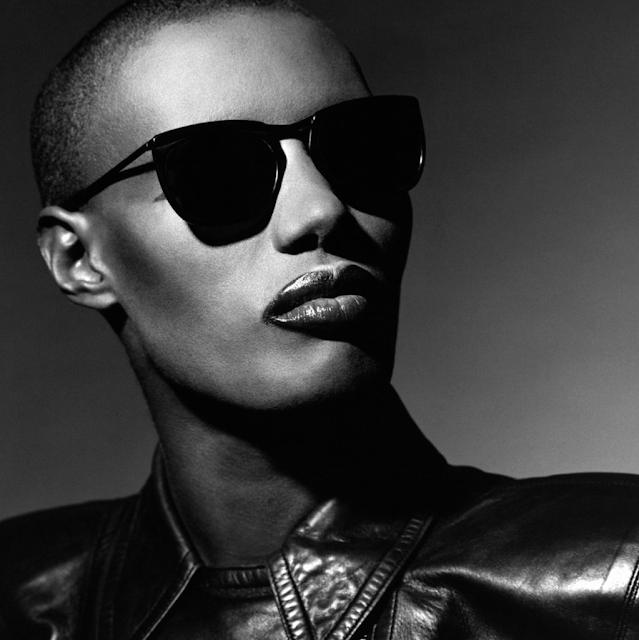 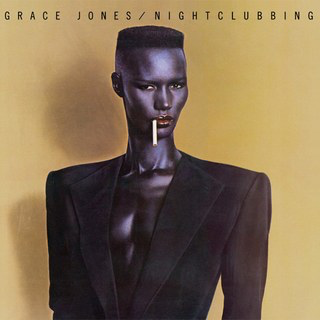 Ditching her previously somewhat camp disco diva style, model turned serious music artist Grace Jones came up with this ostensibly reggae album. However, there was nothing roots about it, despite featuring the rhythm section of Sly and Robbie. The album was a melange of catchy reggae rhythms, dub stylings, dance grooves, disco, funk, synth pop and even a bit of tango. In so many ways it was a ground-breaking piece of work, both musically and culturally. Jones’ androgynous appearance was as shocking in 1981 as Boy George or any of the gender-bending “new romantics”. There really wasn’t, or subsequently hasn’t, been anything quite like this record. Jones’ vocal style, also, was quite unique - speaking at times as opposed to singing, in a dull, monotone. The laid-back reggae rhythms suited such a delivery perfectly. Again, unique.

Walking In The Rain exemplifies this effortless, almost contemptuous delivery - fashion and style meet post punk style. The line “feeling like a woman, looking like a man” fits the whole image perfectly. Pull Up To The Bumperis urgent, sensual, blatantly sexual in many ways, with a shuffling, insistent beat. The cover of Bill Withers’ Use Me is vastly different to the sparse, funky original. At times, one struggles to recognise it. For a start, the lyrics are completely different, although the writing credits are given to Withers. 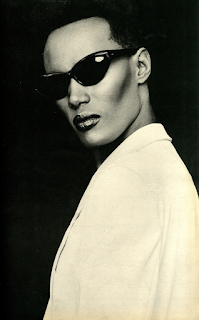 Nightclubbing was co-written by David Bowie and Iggy Pop and you can tell. Their contribution perfectly suits the whole ambience of this album. The fashionable, nightclubbing thing. This one track maybe sums it all up. It is menacing, stark and industrial, While “new romanticism” was burgeoning all around by now, this was something different. It was tougher, cynical, even brutal in its no-nonsense application. You felt Jones was already a little bored by it all. Yes she was making a statement, but she had no real need or desire to do so.

My own personal favourite is the Parisian tango groove of I've Seen That Face Before - a marvellously sensual and evocative slice of cinematic disco funk with that hypnotic tango hook. It was used to great effect in the Paris nightclub scene in the Harrison Ford movie, Frantic.

Sting of The Police contributed the potent Demolition Man six months before his group recorded it themselves. It seemed that everyone wanted to get in on this new thing. What was a pity was that it never really got this good again for Grace Jones, musically. There were certainly still some good albums to come, but none quite as good as this.