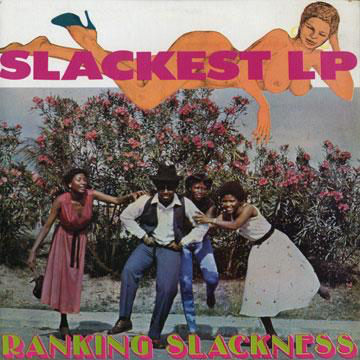 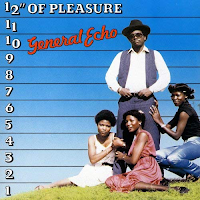 General Echo was one of those reggae artists who was a “toaster” (a DJ who talked, mumbled, growled and sometimes sang over a backing track). Toasters like Big Youth, I-Roy, U-Roy and Prince Far I were big on Rasta consciousness, cultural awareness and religious devotion. Not so the late General Echo (shot dead by police, apparently, not long after releasing this album). The General had his mind on other things - “pum pum” to be precise.
The titles are hilarious, to be honest, an speak for themselves - Lorna She Love Young Boy Banana and She Have A Pair Of Headlamp Breast, Me Know Everything About She Pum Pum and It My Desire To Set Your Crutches On Fire. I guess some people may be offended by this ludicrous bragadocio. When reggae morphed into “ragga”, as as much of the riddim does on this album, lyrical “slackness” like this became de rigeur, as indeed it was on much of rap/hip-hop. It is unfortunate, at times, and yes, it can be construed as offensive, but in other ways, I find it just laughable. Just look at the cover of the album. He just plays up to it all. 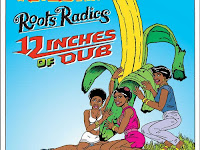 Anyone hoping to decipher what the General is talking about in these tracks, though, will find it difficult, unless you are Jamaican or understand Jamaican patois. To me, it is all pretty much incomprehensible, which is a pity, as I was quite looking forward to hearing about Lorna’s proclivities or about those headlamps!

As for the music. Oh yes the music. It is rhythmic and bassy, as you would expect, with a slow pace on all the tracks and that solid dub style beat. However, the bass is never floor-shaking and speaker-rattling as you may imagine. It is actually surprisingly subtle. There are also many musical nuances that one may not expect. Horns are used to good effect on many tracks. There are some strange, inventive percussion sounds on Me Know Everything and a melodica on Crutches On Fire. Also, Echo’s voice is easy on the ear, so whatever rude stuff he is going on about, it is actually somewhat relaxing! Maybe that was the key to his self-proclaimed success… This is a good toasting album. Up there with ones from the others mentioned earlier. However, Mr. Echo - twelve inches? Yeah right….