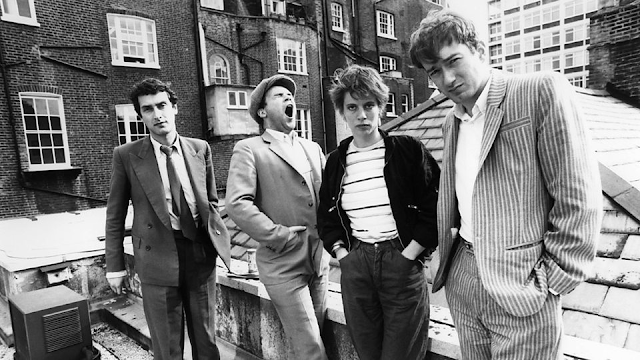 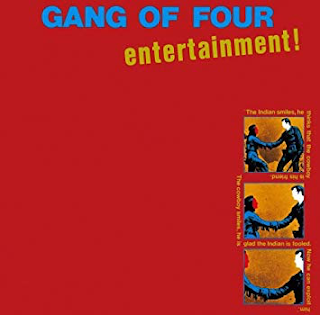 1. Ether
2. Natural's Not In It
3. Not Great Men
4. Damaged Goods
5. Return The Gift
6. Guns Before Butter
7. I Found That Essence Rare
8. Glass
9. Contract
10. At Home He's A Tourist
11. 5.45
12. Love Like Anthrax
As a punk, back in 1979, I certainly wasn't keen on "post punk". I saw many bands like this live - Magazine, Gang Of Four, Joy Division, Doll By Doll, the original Ultravox and so on. They actually left me quite cold at the time - earnest, miserable, introspective student types playing bleak sounding music and singing in detached, dull voices. I wanted proper funk excitement - The Clash, The Jam, The Ramones, Stiff Little Fingers and the like. Unfortunately, they were morphing into something else too. True punk, 76-78 style was over and many bands were like this by now. Siouxsie & The Banshees always had been, and The Buzzcocks too, to be honest. "Post punk", was in many ways, punk with less of the hundred mile an hour pogoing numbers, but the same bleak outlook and dense, urban guitar-driven sound. In later years, I have come to appreciate these albums a lot more and every now and again I listen to this. I certainly wouldn't have done in 1979.

Ether has typical post punk staccato drums and insistent, monotone vocals, a somewhat grim message and it also manages to get some melodica/dubby parts in to it near the end. The other regular sonic presence on post punk tracks is a stabbing, choppy, scratchy guitar. Natural's Not In It is full of those. "Fornication makes you happy, no escape from society.." they sing showing that also the sound is labelled as "post punk", the old nihilistic, no future punk lyrical themes are still strongly there. More post punk guitar and a throbbing bass line introduces the stark Not Great Men. "Your kiss so sweet, your sweat so sour..." they sing on the atmospheric, strangely addictive Damaged Goods, which also has a killer, rumbling bass line and some solid drums. 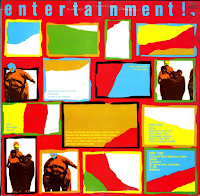 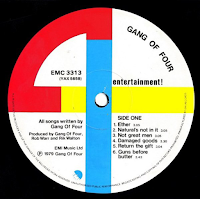 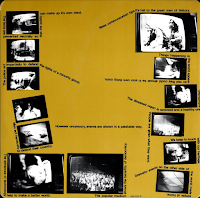 To be honest, most of the tracks sound very similar. There is not too much to distinguish between them. The lyrics are probably a bit dated now, by there is a certain nostalgia to them. It is about the atmosphere and the sound. The tight drum, guitar and bass sound still resonates. Listen to Guns Before Butterfor a fine example. Or the choppy riffs of I Found That Essence Rare where the singer (Andy Gill?) rants on about girls in bikinis in 1954. It is a desolate, miserable album, to be honest, it is not going to lift your spirits, but there is a dark energy and attack to it which still comes across. In many ways it is a punk album, in my view. "Punk", "Post Punk"  - there was not really too much difference in this to Siouxsie's material or that of The Buzzcocks, yet they were considered punks and Gang Of Four post punks. Play this loud for a quick half hour or so and it still has something.

"Take some aspirin or some paracetamol..", Gill advises on Glass. Thanks for the advice, doctor. He then goes on to tell us in Contract how he "struggles in the bedroom...". Some wry, interesting lyrics on here, that's for sure. Have to give a thumbs up to the superb throbbing bass intro to At Home He's A Tourist Too. 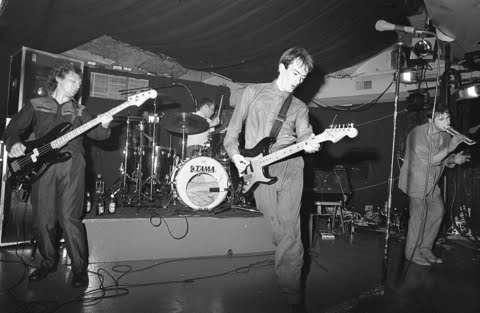